Tuesday marks the birthday of the late leader, who is the father of current leader Kim Jong-un. The day, called the Day of the Shining Star, is one of the North's biggest national holidays, and Pyongyang has held commemorative events.

"We are closely monitoring related movements, and there are no unusual things to be noted for further explanation as of now," JCS spokesperson Col. Kim Jun-rak told a regular briefing.

North Korea has been conducting regular wintertime military drills since December, which is expected to continue through March, and no unusual moves have been detected, he added. 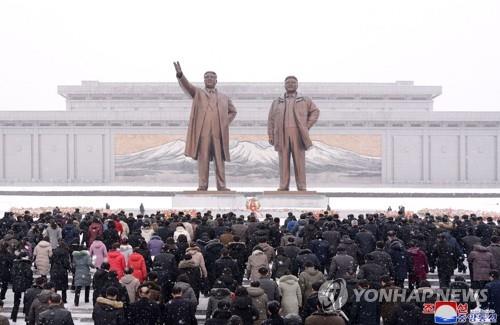