The focus will be on minimizing compulsory measures and encouraging voluntary ones, he said during a weekly meeting with his senior Cheong Wa Dae aides.

"It will be changed to disease control and prevention based on autonomy and responsibility from a one-size-fits-all compulsory way," Moon said.

He cited "accumulated fatigue" among the people over toughened social distancing restrictions that lasted for more than two months. This has driven the livelihoods of small business owners and the self-employed to the edge of the cliff, he added. 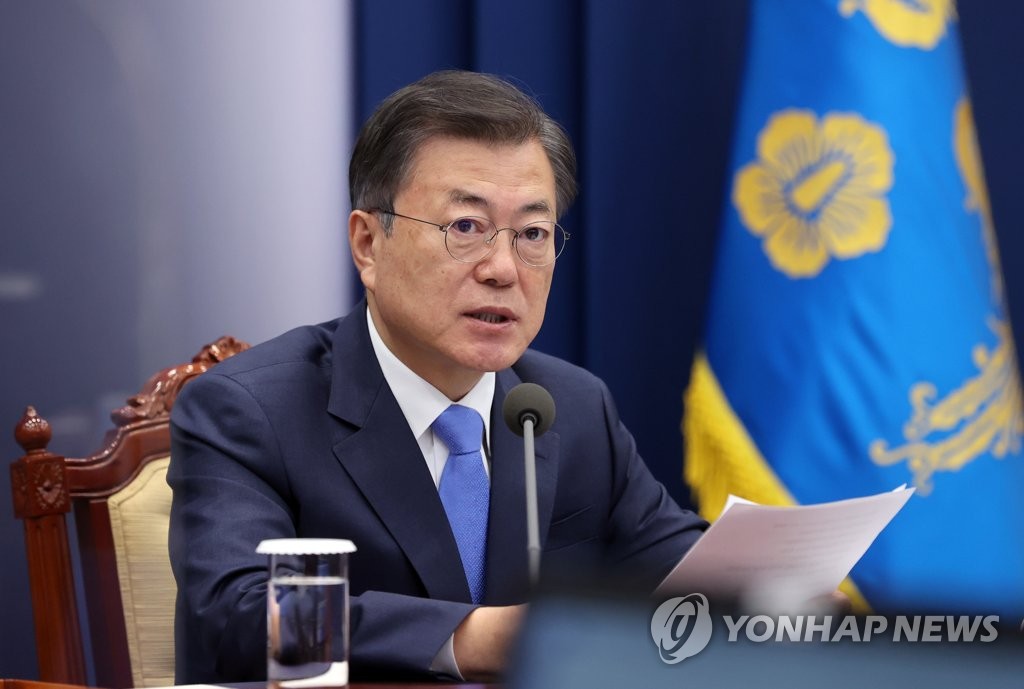 South Korea is scheduled to kick off its coronavirus inoculation program next week with AstraZeneca's product, with additional ones made by other foreign drugmakers to arrive here in stages.

"Even when vaccinations begin, the war against COVID-19 is bound to become a long-term one," Moon pointed out, saying the country can no longer put an "economic burden" on "some brackets," such as the self-employed and small merchants.

For a "sustainable" fight against the virus, he added, "We need to find a way for the fight to be compatible with people's livelihoods."

Moon said the government will instead take stricter steps against the violation of social distancing rules, including the so-called one strike, you're out punishment.

His remarks suggest an overhaul of the five-tier social distancing system currently in place. 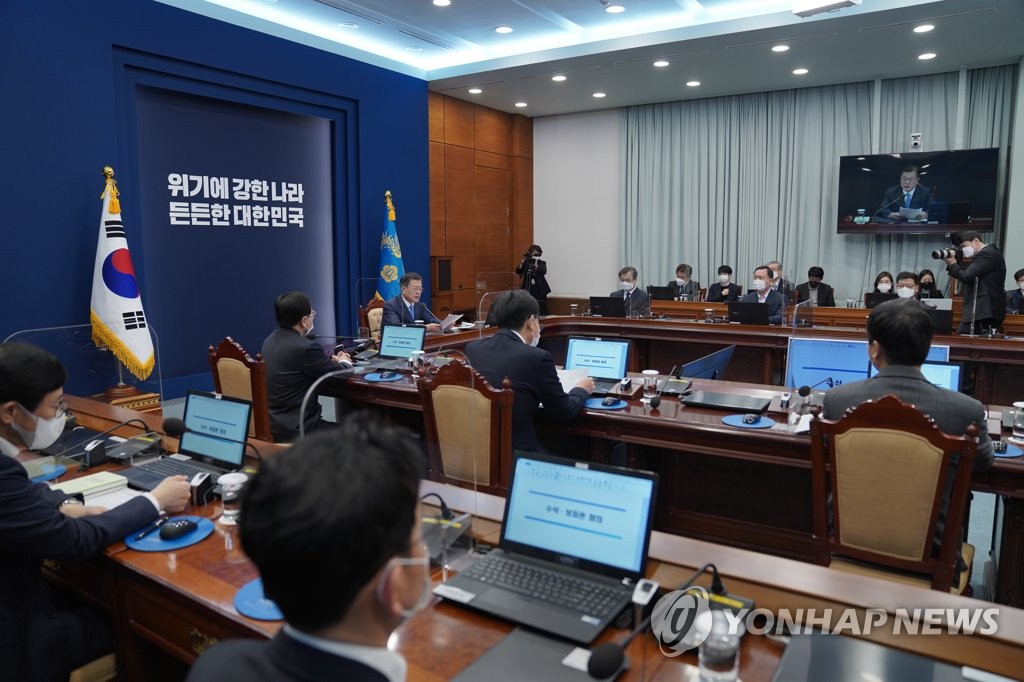 The government announced a decision last weekend to relax the restrictions to Level 2 in the greater Seoul area and to Level 1.5 in other regions. The measure, taken in consideration of calls by mom-and-pop shops nationwide, is to be effective through the end of this month.

"In particular, employment polarization has intensified," with close to 900,000 jobs lost mostly in the face-to-face service sector, he said.

The government will mobilize every available means to tackle the problem, which includes the front-loading of related budget spending and strengthening of the employment safety net, he added.