Through the deals, Novavax will provide vaccines for 20 million people, which are expected to be ready for inoculation by the second quarter, and Pfizer will ship vaccines for 3 million also during the second quarter, Chung said during an interagency meeting on the nation's coronavirus response at the government complex in Sejong, 120 kilometers south of Seoul.

Pfizer also agreed to speed up the shipment of vaccines for around 500,000 that was initially scheduled to be delivered in the third quarter under a separate contract for 10 million inoculations by the end of March.

"We've been in discussions on speeding up the shipment of part of the Pfizer vaccine volume for 10 million people and acquiring additional vaccines during the first half due to growing uncertainties in vaccine supply in the first half of the year," Chung said.

He also said the government's contract with Novavax was especially significant, as the vaccines from the company will be manufactured in South Korea by local drugmaker SK Bioscience through a licensing deal with the U.S. pharmaceutical firm.

"(The deal) will play a big role in speeding up the development of homegrown vaccines through the transfer of technology," he said.

On the latest virus situation, Chung stressed the importance of reaching a state of clear stabilization in the next two weeks by elevating the everyday practice of social distancing to allow the government to introduce a revamped social distancing scheme starting in March.

"The biggest risk as of now is the loosening of the public's attentiveness. Whether the situation stabilizes or worsens depends on this factor," Chung said. 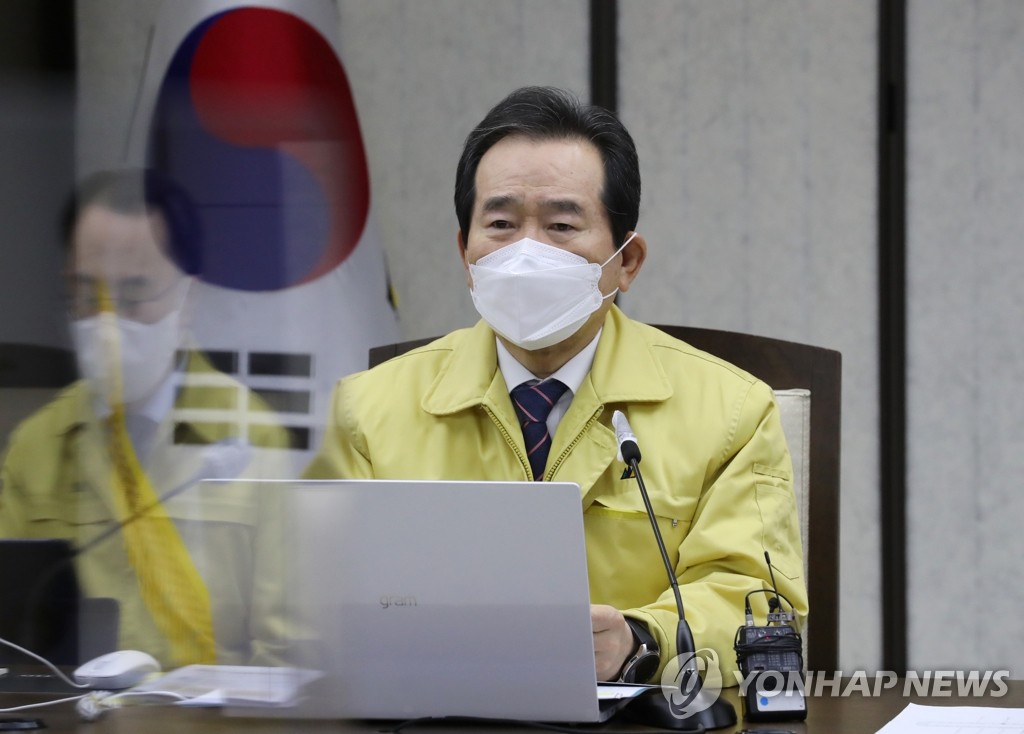