The country added seven more deaths, raising the total to 1,534.

Tuesday's daily caseload was higher than the level seen over the past three days when the daily cases remained in the 300s, in part because fewer people were tested for the coronavirus over the holiday that ran from Thursday.

The virus curve has been slowly flattening since the third wave of pandemic peaked in late December, but the daily new cases remain higher than those in early November when fewer than 200 cases were reported. 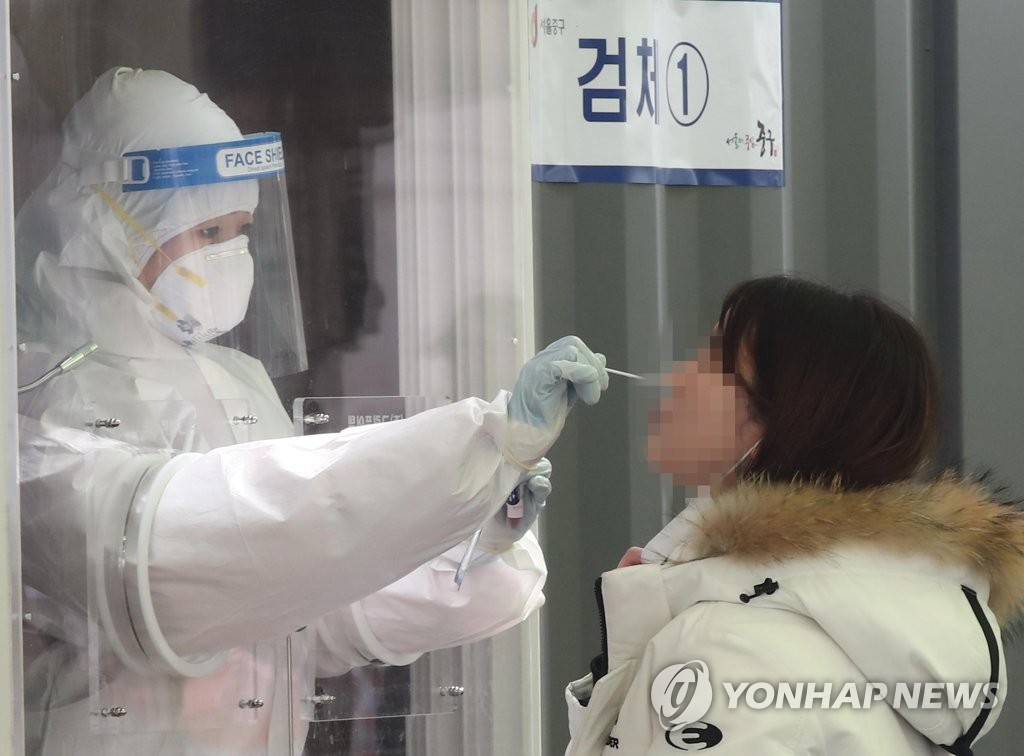 As of 6 p.m. Tuesday, the country added 463 more cases, up 118 from the same time Monday, according to the health authorities and local governments. New cases are counted until midnight each day and announced the next morning.

A series of infections at religious facilities and hospitals have posed challenges to the country's antivirus efforts, coupled with the spread of more contagious variants.

South Korea has identified a total of 94 variant cases from Britain, South Africa and Brazil since December, raising alarms among health authorities.

About 80 percent of the new cases were from the wider Seoul area as sporadic infections continued to occur in hospitals, sports facilities and churches, the KDCA said.

Authorities vowed to step up monitoring of major hospitals, saying a total of 522 new cases were identified from 14 medical institutions over the past month.

In response to growing outcry from small merchants, authorities on Monday lowered the social distancing to Level 2 -- the third highest in a five-tier system -- for the greater Seoul metropolitan area and Level 1.5 for other areas, effective for two weeks.

The adjustment allows restaurants, coffee shops and gyms in Seoul and the surrounding Gyeonggi Province to remain open for an hour longer until 10 p.m. Nightclubs, karaoke bars and other entertainment venues will be allowed to reopen, after having been closed since November, until 10 p.m. 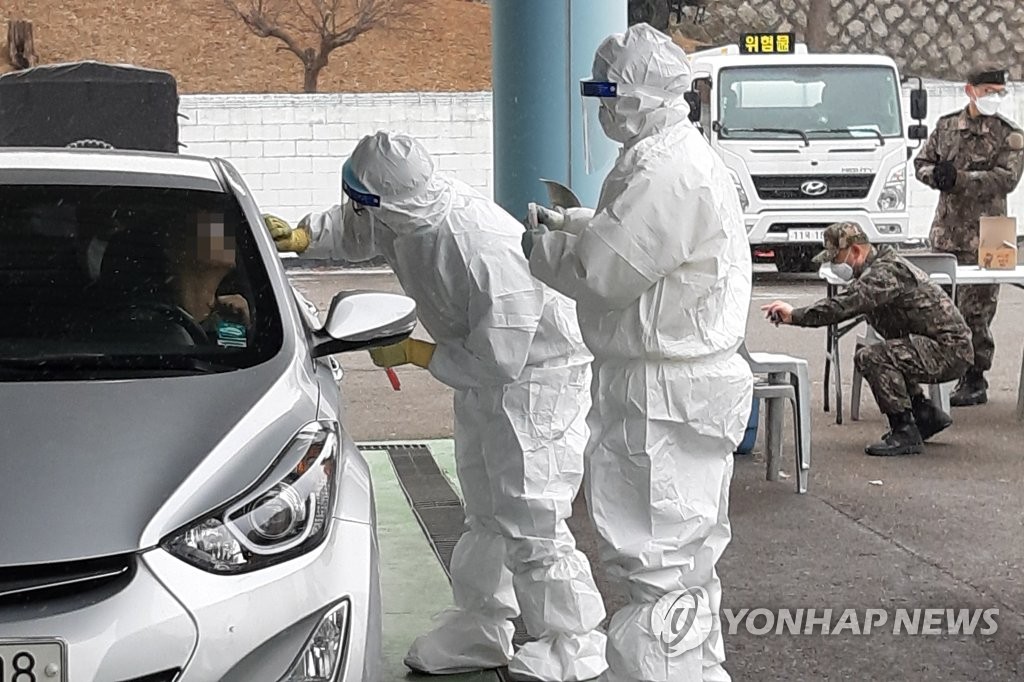 Despite eased restrictions, Prime Minister Chung Se-kyun urged people to keep extra caution in public places as the government is moving to revise the social distancing guidelines to minimize their impact on the local economy.

"The biggest risk factor is people lowering their guard. Whether the virus slows or resurges depends on this," Chung said during an interagency virus response meeting. "The government will be able to adopt the new social distancing measures in March only when the virus remains under control in the next two weeks."

While giving more discretionary power to business owners and people, the government will take stricter measures against the violations of social distancing rules to keep a balance between antivirus efforts and people's livelihoods, President Moon Jae-in said Monday.

Sohn Young-rae, a senior health official, said the government will collect opinions from different sectors to draw up the new social distancing guidelines next week.

South Korea plans to its first inoculations against the new coronavirus on Feb. 26 with AstraZeneca's COVID-19 vaccine, but the inoculation of seniors aged 65 and older will be put on hold amid efficacy concerns.

To assuage concerns over lack of vaccines for the elderly population, the KDCA said it signed deals with U.S. drugmakers Novavax and Pfizer to procure additional vaccines to inoculate 23 million people.

Through the deals, Novavax will provide vaccines for 20 million people, which are expected to be ready for inoculation by the second quarter, and Pfizer will ship vaccines for 3 million in phases starting from late March, the agency said.

Together with the vaccines for 56 million people already signed with the World Health Organization's global vaccine COVAX Facility project and separate contracts with foreign drug firms, the total amount would be able to inoculate 79 million, more than the nation's 52 million population. 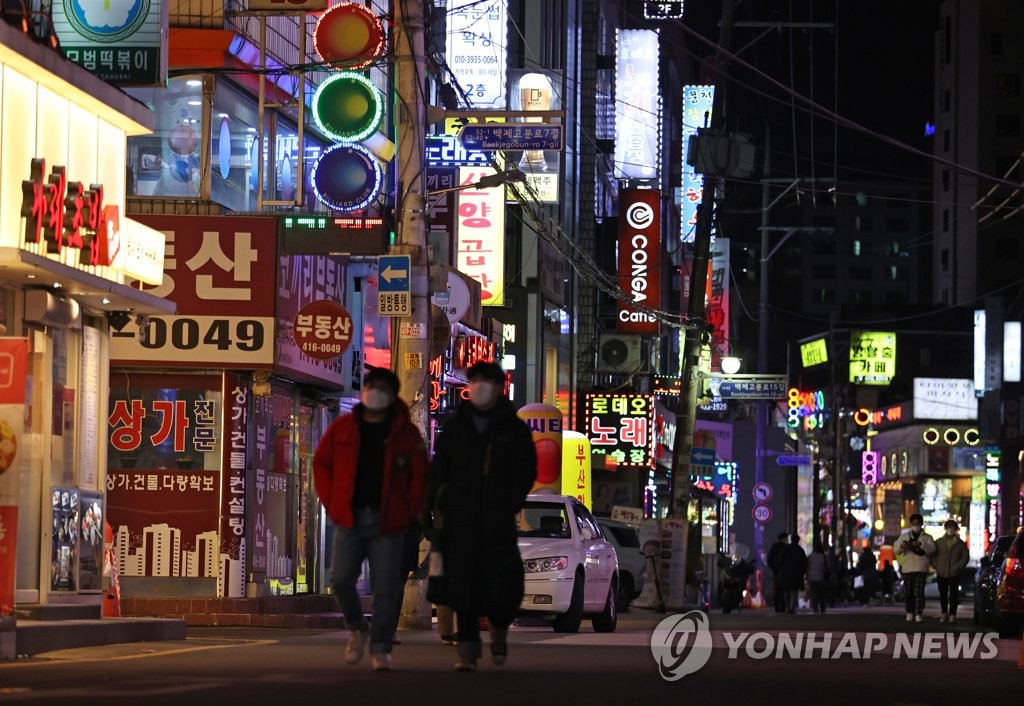 Of the 429 new local cases announced early Tuesday, 155 cases were registered in Seoul and 129 in the surrounding Gyeonggi Province. Incheon, 40 kilometers west of Seoul, had 19 new cases.

A total of 132 cases have been linked to a church and a private institution in Bucheon, west of Seoul.

Twenty-eight were from abroad, with seven form Russia and three each from the United States, Germany and France.

The number of seriously or critically ill COVID-19 patients was 166, up 10 from the previous day.

The total number of people released from quarantine after making full recoveries was 74,551, up 757 from a day earlier.