SEOUL, Feb. 16 (Yonhap) -- North Korea appears to be celebrating the birthday of late leader Kim Jong-il in a low-key manner on Tuesday amid speculation that Pyongyang might carry out a major provocation in time for one of its biggest national holidays.

Leader Kim Jong-un visited the Kumsusan Palace of the Sun, where the body of the former leader and his father lies in state, the Korean Central News Agency (KCNA) reported. Also enshrined at the mausoleum is the body of Kim Il-sung, the national founder and grandfather of the current leader.

Accompanied by key party officials, he paid tribute and laid flower baskets at the statues of the two former leaders, KCNA said.

Kim has not skipped a visit to the mausoleum on his late father's birthday since taking office in late 2011. State media have reported on his trip to the mausoleum usually on the day of the visit or the following day.

Observers say that North Korea appears to be marking the national holiday in a low-key manner amid the nationwide campaign against the global coronavirus pandemic that has wrought havoc on its already fragile economy.

Seoul's unification ministry said North Korea appears to have scaled down its celebration of the late leader's birthday in light of the ongoing antivirus campaign but not as much as last year when it was on high alert against the contagious disease.

"Last year, there were no other major reported events related to the late leader's birthday except for Kim's trip to the Kumsusan Palace of the Sun. It was the smallest-ever celebration since Kim took office," a ministry official said.

The official said that this year's celebration seems to be a little bit larger than last year's apparently as North Korea came to know better about adjusting its antivirus guidelines based on about a year of experience in fighting the disease.

The Rodong Sinmun, the official newspaper of the ruling Workers' Party, and other state media outlets carried articles featuring Kim Jong-il's achievements and called for unwavering loyalty to his son and current leader Kim Jong-un.

"What is taking the shining seat in the great general's revolutionary achievements is that he relentlessly solidified national defense power," the Rodong Sinmun said in an editorial. "Comrade Kim Jong-il is an unrivaled patriot who laid strong foundation for wealth and prosperity of our own style and way."

"The whole party, the whole nation and the whole people should concentrate their efforts on carrying out decisions made during the congress so as to achieve a new victory of constructing socialism," the paper said, referring to policy directions set forth during last month's party congress presided over by leader Kim. 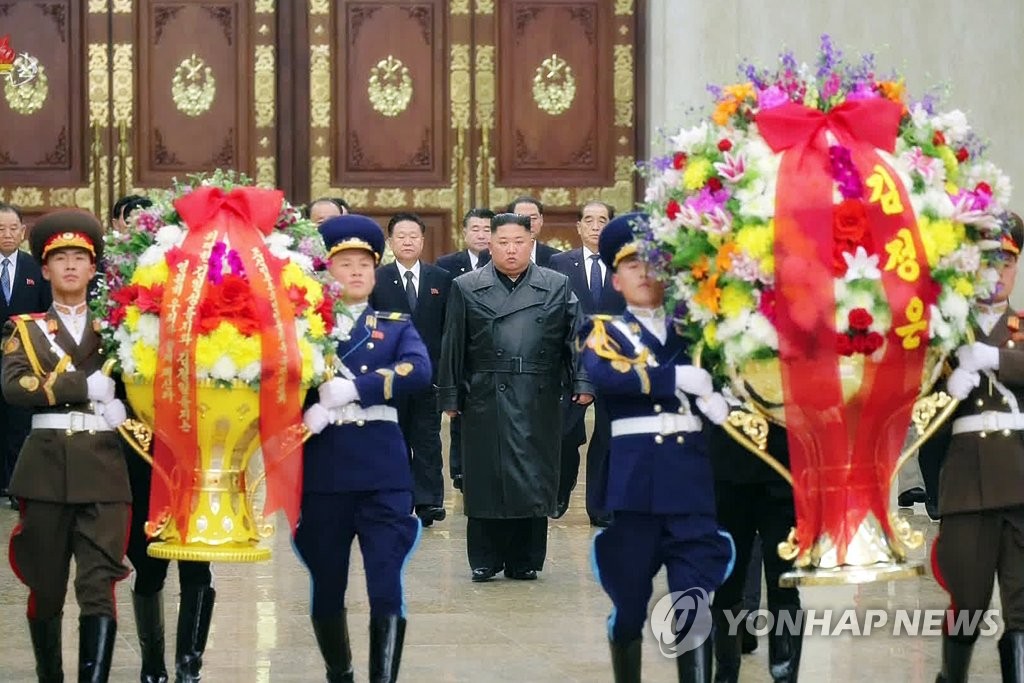