SEOUL, Feb. 16 (Yonhap) -- The chief of Renault Samsung Motors Corp. said Tuesday restructuring will be "inevitable" for the company's survival amid the prolonged coronavirus pandemic and lower demand for its models.

In a message to employees, Renault Samsung Chief Executive Dominique Signora made the comments as the company struggles with lower vehicle sales and high labor and manufacturing costs.

"There is an urgent need to cut costs (through restructuring) to ride out this crisis as the company's overall vehicle sales fell to the lowest level in 16 years since 2004. In particular, exports plunged by nearly 80 percent last year compared to the previous year due to the halted production of the Nissan Rogue SUV in March," Signora said.

Car assembly plants under Renault Group are required to cut manufacturing costs further to secure a new vehicle for production and additional volume for sales for survival amid the COVID-19 pandemic and a paradigm shift in the automobile industry, he said.

As a result, the Korean unit reported an operating loss worth 70 billion won last year for the first time in eight years.

In January, Renault Samsung entered emergency management amid the extended COVID-19 pandemic and announced its plans to cut the number of executives by 40 percent and their pay by 20 percent. It also offered a voluntary retirement program to all employees.

Last year, Renault Samsung promised to improve productivity at the Busan plant to win export volume of the XM3 SUV for European markets. So Renault Group decided to allow the plant to manufacture most of the XM3 for global sales in September, Mozos said.

"But Renault Samsung didn't keep its word as of the end of 2020 and the XM3's manufacturing costs per unit at the Busan plant are two times higher than the Captur SUV's cost-per-unit at (Renault's) Spain plant," he said.

The XM3 and the Captur share the same platform, and the XM3 is sold as the New Arkana in Europe.

Mozos said three things should be guaranteed for the survival of the Korean unit: high quality, reasonable manufacturing costs and in-time delivery to global markets. 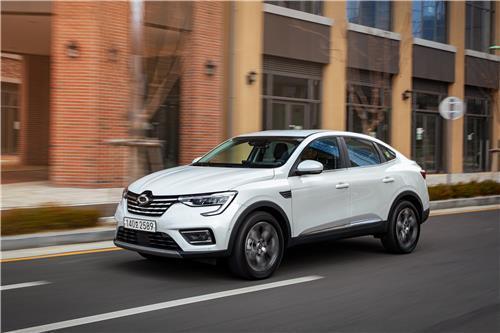