SEOUL, Feb. 16 (Yonhap) -- Of all the entertainers and musicians here who have been affected by the pandemic, Chungha may have a lot to say. The K-pop soloist had to postpone her first full album release after testing positive for COVID-19 in December when the third wave of the infectious virus began to grip the country.

Back fit and fierce, Chungha said on Monday the experience has turned out to be a blessing in disguise, which made her realize all the things in her life she can be thankful for. The singer voiced hope that her new music will offer a 3-minute respite for listeners who are putting up with the seemingly endless pandemic. 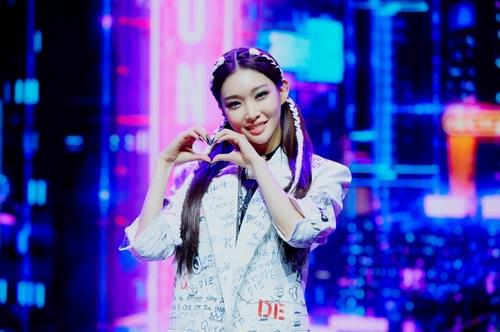 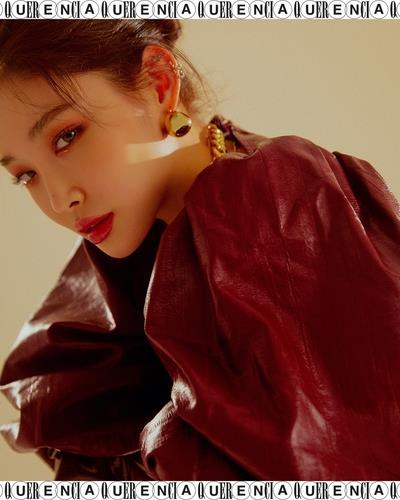 "(We are) at a time where we are living in a jail without bars and everyone is blue due to the pandemic. I'd feel grateful if my music can remind people of the good old things or fun things for at least three minutes. I hope it will help ease the stifling feeling that we are going through now," Chungha said in a press conference marking the release of her first full album "Querencia." The media event was livestreamed online due to the ongoing pandemic.

The singer, who has emerged as one of the K-pop scene's most promising female soloists after debuting as a member of project girl group I.O.I. in 2016, said going through home isolation and recovery from the virus reshaped her thoughts about the long-awaited album.

"As I was in isolation, I came to understand that there are so many thankful things but that I was missing out on them," she said. "I think realizing that itself means a success for this album. If it performs well on the charts, that'd be great but even if it doesn't, there are so many things I've earned." 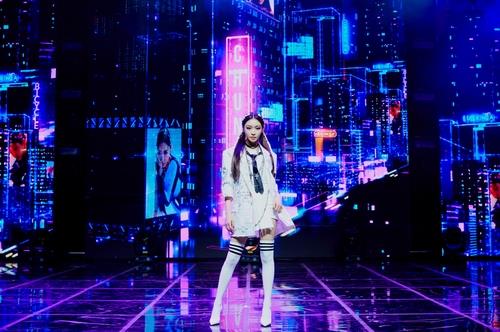 She said preparing for the album -- an unusually extensive package filled with five short tracks and 16 full songs including pre-released singles like "Gotta Go," "Stay Tonight" and "Play" -- was itself a source of comfort for her, which coincides with the title of the album that means "a place to rest" in Spanish.

"It's a title I've long considered even before telling my company," said the singer who spent some of her childhood years in Texas. "'Querencia' was, in one word, a place to rest for me. Although stages for me to meet my fans have vanished a lot, I was glad that I could give them some happiness through this album."

"It's definitely a song for me and my fans. I cried a bit as I wrote the lyrics, which tell the story of the depressing feeling that I had before beginning Produce 101 and how I've grown to be such a healthy person by meeting Byulharang. I always get touched when I think of Byulharang," she said, voicing gratitude for her fans who have seen her compete in the cutthroat audition survival program to become who she is. 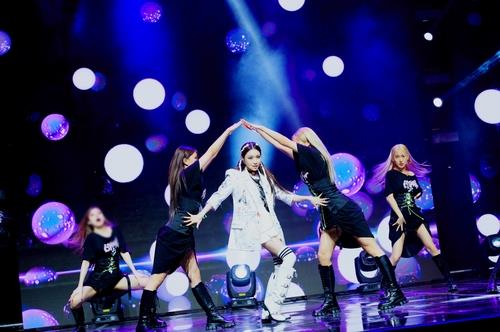 But that doesn't mean that the album is a relaxing one focused on gratitude and serenity. The album is a cornucopia of new and pre-released songs that traverse various genres and feature collaborations with artists from here and abroad.

"Bicycle" is one of the strongest and fiercest tracks that she has worked on in her career, according to Chungha.

"It's a very weighty song. The lyrics are really straightforward and fierce, declaring that I won't be afraid in opening a new chapter and that I will walk my own road."

Noted for her delicate yet powerful performance style, the singer said the choreography for the song is much more "confident and bold" compared with her usual "pretty and wavy" moves, adding she felt like she was "tasting blood" when going through the dance moves for the title track.

As an artist who has survived a competitive reality survival program and eventually molded her way as an A-list female soloist, Chungha told those who are walking a similar path to "not to be too hard on themselves."

"I hope you aren't too hard on yourself to the point of abusing yourself. There's so many things around you that you miss out on when you focus on just one goal -- I've missed out on them. Even if you walk slowly, you'll eventually make it." 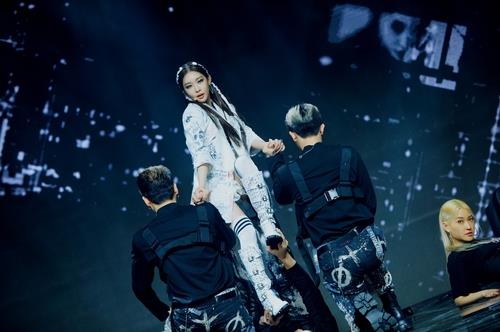