Lee Yong-soo, one of 15 registered surviving South Korean victims of sexual slavery by Japan during World War II, said during a press conference in Seoul that the issue warranted a judgment by the international court, as Japan has been unresponsive to a Seoul court's ruling in favor of victims, citing sovereign immunity.

The ICJ, located in The Hague, Netherlands, has judicial authority under the United Nations to settle disputes between nations.

"I plead with the government to hold Japan accountable under the international law," Lee said. "I hope the two nations resolve the issue permanently at the international court and live in peace with each other."

Last month, the court ordered Japan to make reparations of 100 million won (US$88,944) each to 12 former sex slaves, euphemistically called "comfort women," who filed the suit. 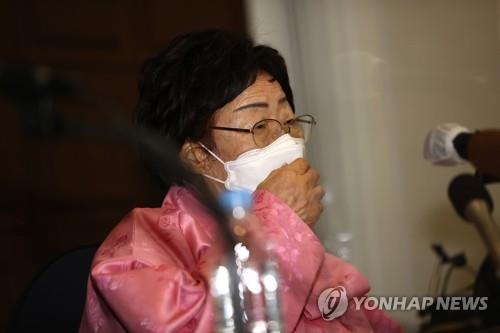 A foreign ministry official said that the ministry will "carefully" consider Lee's proposal and listen more to victims' opinions.

"The government has been exerting all efforts within its capacity to restore the honor and dignity of the victims," the official said. "While closely communicating with the victims, the government will make efforts until the end for an amicable solution."

The diplomatically sticky issue between Seoul and Tokyo has recently gained renewed attention after J. Mark Ramseyer, a Harvard Law Professor, claimed in a controversial paper that the victims were not coerced or forced into working at Japan's front-line brothels but were voluntarily employed.

The paper, which is at odds with historical consensus, triggered backlash, especially among victims themselves and Korean Harvard students who called his claims "incorrect and misleading."

While reading out the prewritten statement asking President Moon Jae-in to refer the case to the ICJ, the 92-year-old became emotional and shed tears, dabbing her eyes with a handkerchief.

"Japan insisted the Korean court violated international laws (by not granting Japan sovereign immunity) and is still lying (about history) by using the Harvard professor," Lee said. "We are not asking for money. We want complete acknowledgement and an apology."

"What the victim grandmothers want from Japan is not financial reparations but an apology, acknowledgement (of wartime wrongdoings) and (correct) history education," said Shin Hee-seok, a researcher at Yonsei University's Institute for Legal Studies, who is helping the victims with bringing the case to the ICJ.

"There are considerable restraints to achieve those things through a domestic legal process," Shin said. "Whatever the verdict may be, there should be one on whether the 'comfort women' system violated the international laws and victims' testimonies will remain as evidence," she added, emphasizing the importance of the action itself, regardless of the possible outcome.

Kim Hyun-jung, executive director of Comfort Women Action for Redress & Education (CARE), said asking the ICJ to look into the issue seemed "the most reasonable and effective way" to achieve what the victims want.

She said their request had already been conveyed to President Moon through an "official channel" prior to the press conference.

Lee is scheduled to speak at a webinar, "Debunking Japanese Denialism on the 'Comfort Women' Issue through the Grassroots Movement in the U.S." held by the Harvard Asian Pacific American Law Students Association at 7 p.m. Tuesday (U.S. time) 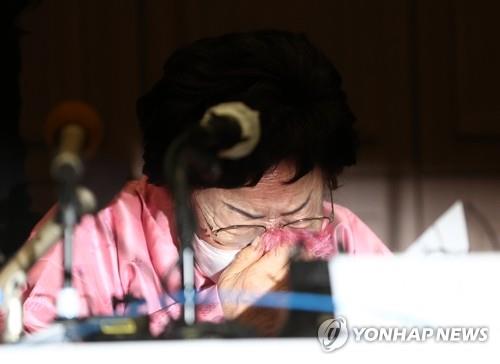 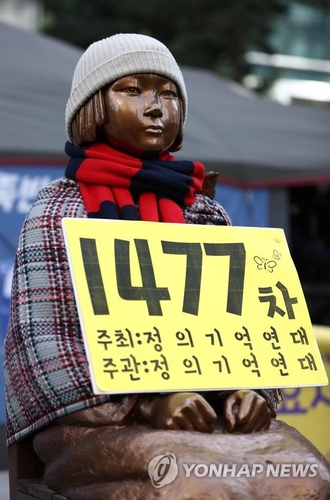