SEOUL, Feb. 16 (Yonhap) -- Nightclubs and bars in Seoul reopened Monday night after a three-month hiatus caused by the coronavirus, but few people appeared to have ventured out, leaving most establishments and streets nearly empty.

In Gangnam, the famous district known for its stylish nightclubs, a 38-year-old bar owner surnamed Kim said he had hoped to see more people because the government had lowered the social distancing scheme for the greater Seoul area to Level 2 starting Monday, and allowed the reopening of nightlife establishments if they close at 10 p.m. 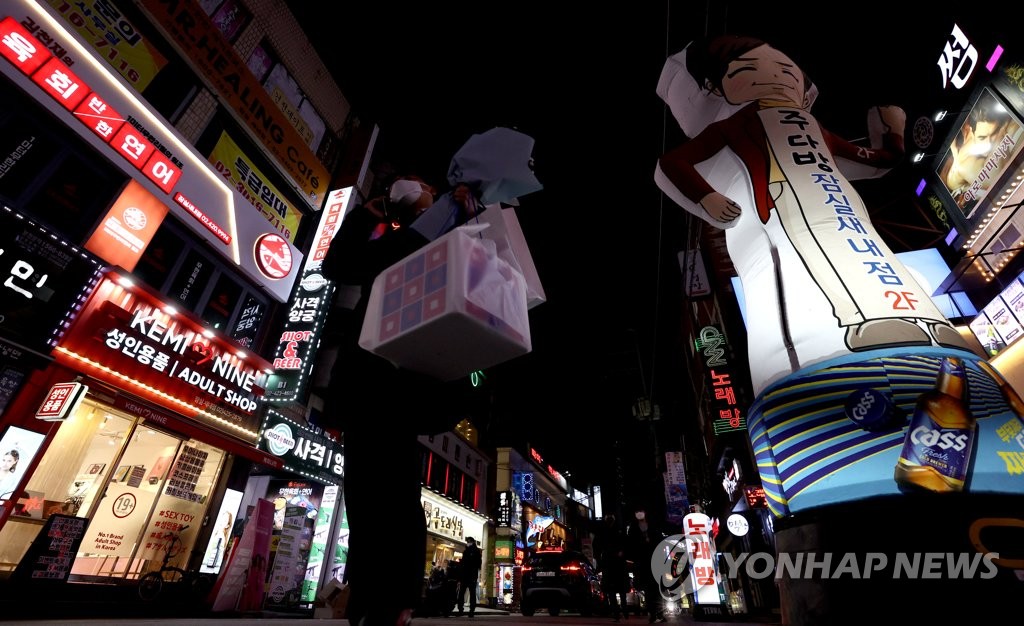 "Relaxing social distancing? I'm not really feeling it," he said, noting that as of 8:30 p.m., fewer than half the seats in his bar had been filled. "Public transport is running until midnight, so shouldn't they let us be open till 11 p.m. at least?"

At another bar nearby, a 28-year-old worker also surnamed Kim sat in the empty hall and worried that the store was about to go bankrupt because it couldn't pay rent.

For months, small businesses, from restaurants and coffee shops to indoor gyms and karaoke establishments, have fought to make ends meet amid business restrictions caused by the coronavirus pandemic.

The government has responded by easing the regulations in phases but maintained that certain protocols, including a ban on private gatherings of five or more people, must be kept to prevent the further spread of COVID-19. 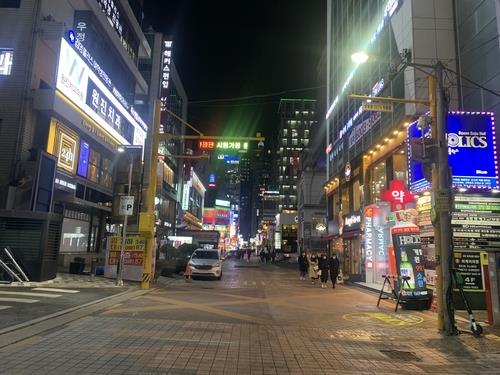 In the hip district of Hongdae, the atmosphere was much the same, with bars and nightclubs mostly empty and few people on the streets. The sudden drop in temperature likely did not help.

Under the new guidelines, restaurants, coffee shops and karaoke establishments can remain open an hour longer until 10 p.m., but the only indication of that was the bright glow of their neon signs.

"Maybe it's because of the cold weather, but I'm seeing even fewer customers than last week," a 58-year-old cafe owner surnamed Choi said.

Only three people were sitting inside the shop as of 9:15 p.m.

"Business has been really bad since all the nightclubs were forced to close under the (COVID-19) business restrictions," he said.

The long lines of people waiting to go inside nightclubs were once a familiar sight but were now nowhere to be seen.

A 26-year-old visitor said he had planned on going for a second round of drinks with his friends but decided to go home instead because it was too cold. 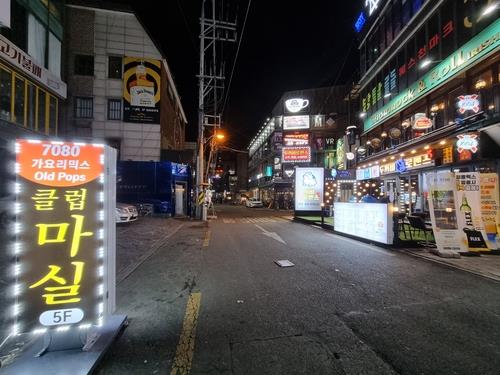 In Itaewon, another nightlife district especially popular among foreigners, several small bars were packed with people, some sitting at tables less than a meter apart and without wearing their masks.

But for the most part, customers were few and far between.

At the entrance to a nightclub outside Itaewon Station, three staff members stood chatting but admitted they had not seen a single customer as of 8 p.m., about an hour after reopening.

A bar worker in his 20s said business in Itaewon has continued to suffer since it emerged as the source of a major coronavirus outbreak in May.

"We opened at 5 p.m. today and have made no sales so far," he said. "About three groups of people came and left after seeing there was no one inside." 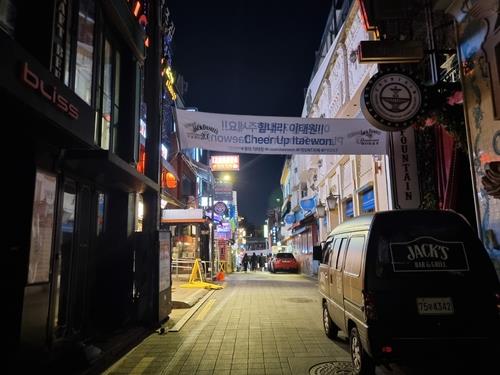