Hyundai Motor and POSCO have formed business ties to explore a partnership in overseas hydrogen production and related technology development projects and seek chances to promote the carmaker's hydrogen-powered vehicles, Hyundai said in a statement.

"It is an urgent task for the whole industry and all companies to shift to the hydrogen economy to achieve carbon neutrality and sustainable future growth. Partnership with POSCO will help generate the hydrogen industrial ecosystem," Hyundai Motor Group Chairman Chung Euisun said.

Hyundai will gradually provide 1,500 hydrogen vehicles to POSCO's main integrated steel mill in Gwangyang, 420 kilometers southwest of Seoul, as part of their partnership.

POSCO announced in December that it will establish the facility capable of producing 5 million tons of hydrogen by 2050 and achieve sales of 30 trillion won (US$27.3 billion) in the hydrogen business by that year. 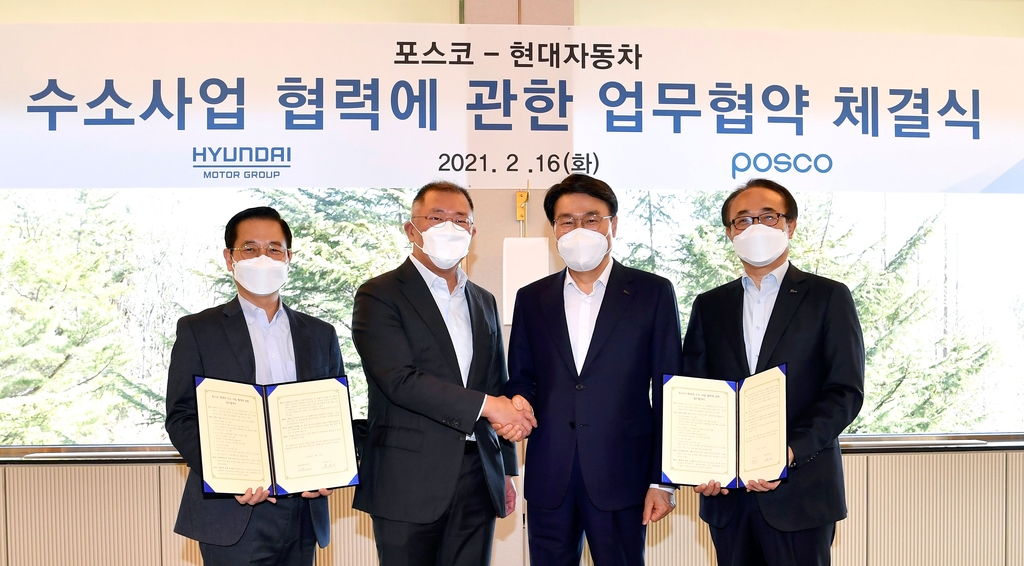