Kim paid tribute at the Kumsusan Palace of the Sun, where former leader Kim Jong-il's body lies in state, the Korean Central News Agency said. Also enshrined at the mausoleum is the body of Kim Il-sung, the national founder and grandfather of the current leader.

Kim has not skipped a visit to the mausoleum on his late father's birthday since taking office in late 2011. Observers say that North Korea appears to be marking the 79th birth anniversary in a low-key manner amid the nationwide campaign against the global COVID-19 pandemic that has wreaked havoc on its already fragile economy. 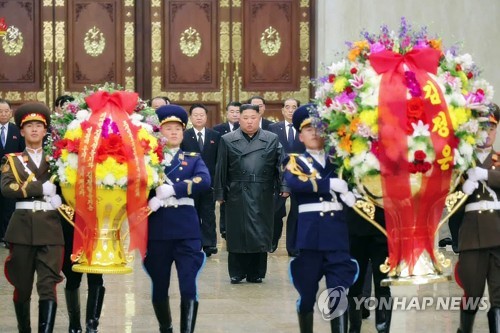