SEOUL, Feb. 17 (Yonhap) -- The wife of North Korean leader Kim Jong-un appeared in public for the first time in more than a year as she attended a concert commemorating the birthday of late leader Kim Jong-il, according to state media Wednesday.

Ri Sol-ju was last seen in January last year when she attended a concert celebrating Lunar New Year's Day at the Samjiyon Theater in Pyongyang with leader Kim.

On Tuesday, Kim and Ri watched the performance at Mansudae Art Theater commemorating the birthday of the late leader, according to the Rodong Sinmun, the official newspaper of the ruling Workers' Party.

The paper released several photos of Kim and Ri smiling broadly as they enjoyed the performance with other officials. 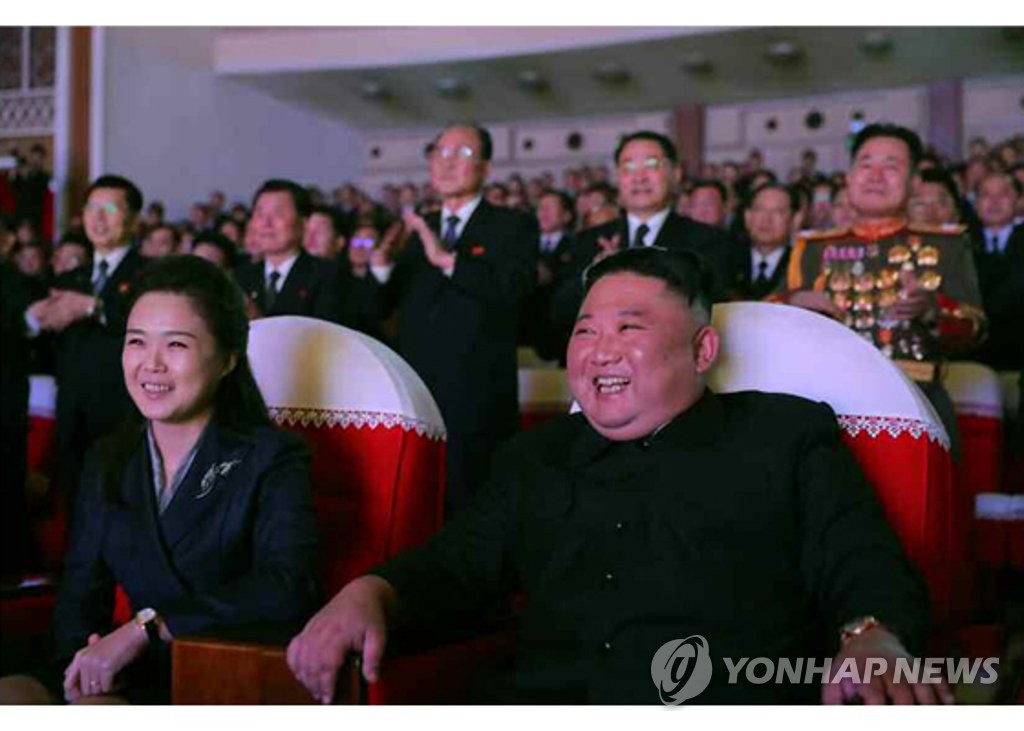 As the first lady, Ri was often seen accompanying Kim in his public activities in the past. In 2019, she was seen riding white horses up Mount Paekdu, considered one of the country's most sacred mountains, with Kim.

She has also accompanied Kim on his "field guidance" trips, including visits to the Mount Kumgang resort on the country's scenic east coast and the spa resort in Yangdok County in central North Korea in 2019.

Ri's absence from public view since early last year stirred up a wide range of speculation that she could be pregnant or that she could be avoiding public activities for her children amid concerns over the new coronavirus.

South Korea's state intelligence agency, the National Intelligence Service (NIS), told lawmakers on Tuesday that Ri seems to be staying away from public view amid the antivirus campaign. The agency added that she appears to be spending time with her children and that "no unusual signs have been detected."

Observers say Ri's appearance at the concert may reflect the North's apparent show of confidence in its antivirus campaign.

Photos released by state media also showed attendees at the concert, including Kim and Ri, seated closely together without any face masks.

Pyongyang claims to be coronavirus-free, but it has taken relatively swift and drastic antivirus measures since early last year, including sealing its borders and imposing strict restrictions on movement.

North Korea appears to have celebrated the 79th birthday of late leader Kim Jong-il in a low-key manner without major provocations.

Earlier, state media reported leader Kim visited the Kumsusan Palace of the Sun, where the body of the former leader and his father lie in state. Also enshrined at the mausoleum is the body of Kim Il-sung, the national founder and grandfather of the current leader. 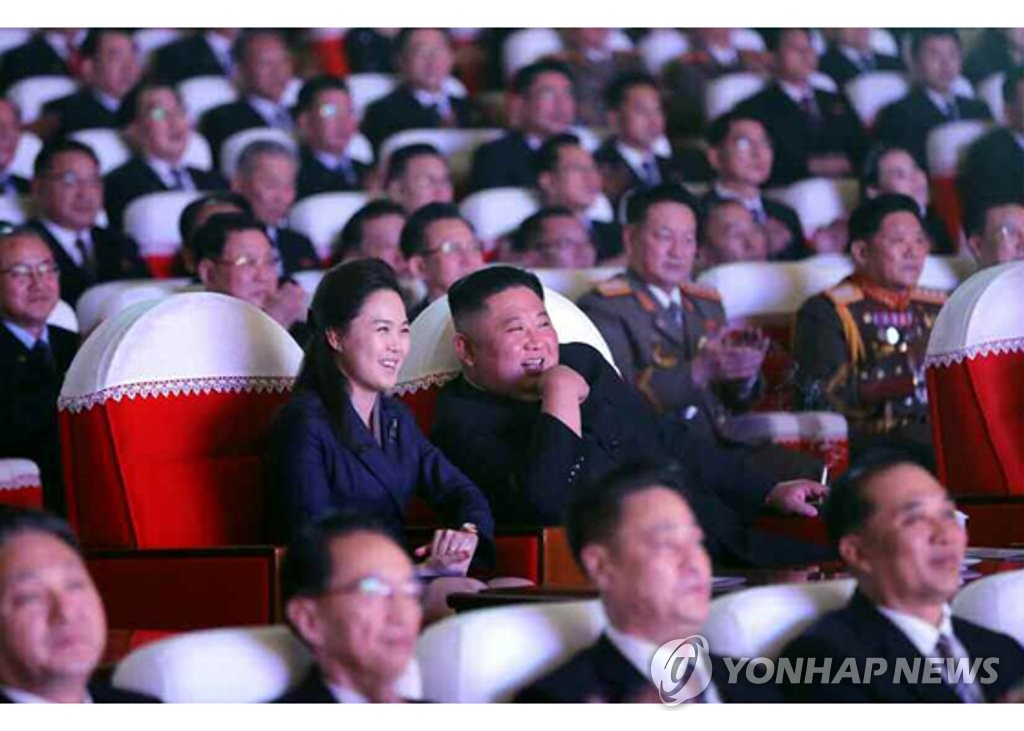 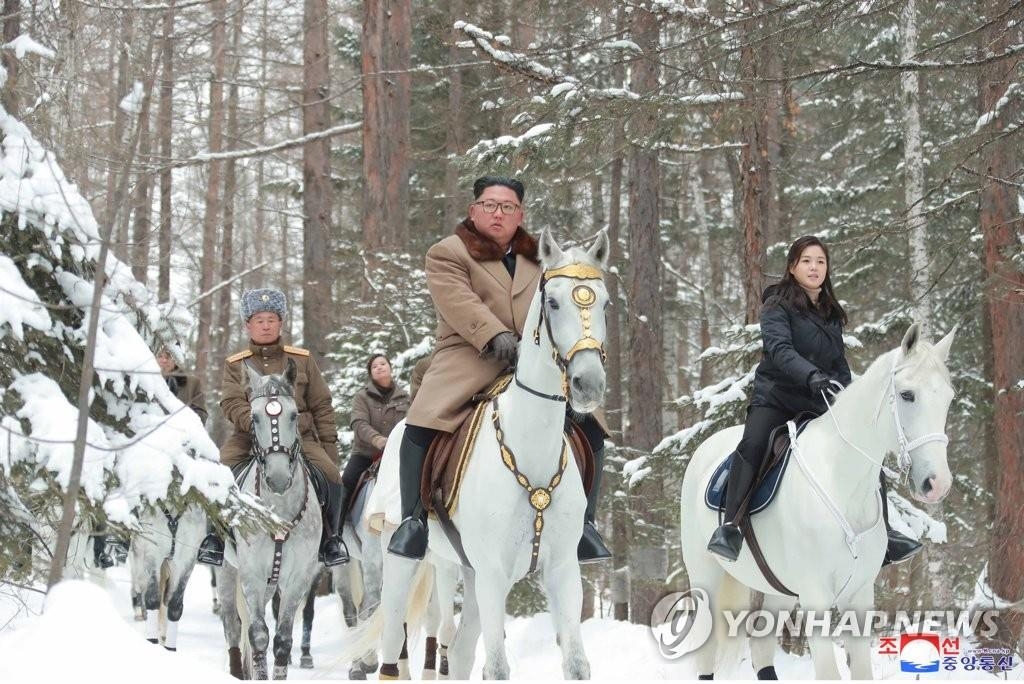