SEOUL, Feb. 17 (Yonhap) -- A North Korean man, who was captured after crossing into South Korea, appears to have crossed the border via the sea while wearing a hard-hat diving suit and a set of fins, the military said Wednesday.

On Tuesday, the man was spotted moving south in the early hours inside a restricted area north of the Civilian Control Line in the eastern border town of Goseong before being captured following a three-hour manhunt.

Defense Minister Suh Wook apologized for the security failure and vowed to take measures to prevent similar incidents from recurring.

According to the Joint Chiefs of Staff (JCS), the man appears to have swum across the maritime border to arrive near an observatory south of South Korean general outposts (GOPs) and passed through a drainage conduit to evade fences set up along the shore.

His footsteps were found some 3 kilometers south of the military demarcation line separating the two Koreas. When the troops first spotted the man through a CCTV camera at 4:20 a.m. Tuesday, he was some 5 km south of the point where his footprints were found.

He was captured on the military's surveillance equipment multiple times after coming ashore, but troops failed to take appropriate action and the barriers inside the conduit to prevent penetration were also found damaged, JCS said.

At an initial investigation, the man, in his 20s, said he was a civilian and that he swam for around six hours to arrive here, according to the minister. He has reportedly expressed an intention to defect. 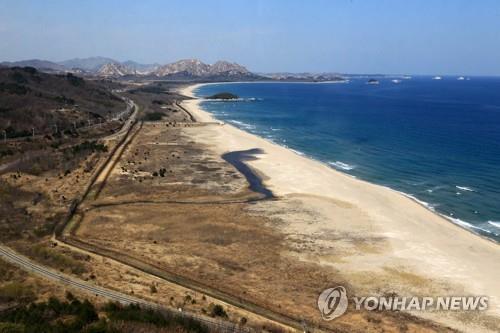 "We take this situation gravely, and an onsite probe is under way," Park said at the parliament's defense committee session. "Depending on the probe results, we will come up with follow-up measures and take stern actions to establish a firm security posture."

The latest incident came after the military has taken steps to improve the border surveillance system following a series of border crossings by North Koreans.

In November, a North Korean civilian crossed the border undeterred and was found, also in the town of Goseong, in a suspected defection attempt. The malfunction of sensors installed at the fences and other loopholes were blamed at the time.

The military also earlier said it overhauled drainage channels in the border regions after another North Korean defector returned to his communist homeland using one of the channels in Ganghwa Island, west of Seoul, in July last year.

But the one used by the North Korean man this week still failed to prevent his penetration.

The Civilian Control Line, which is some 5 to 20 kilometers south of the inter-Korean Military Demarcation Line, was established after the 1950-53 Korean War over security and safety concerns. 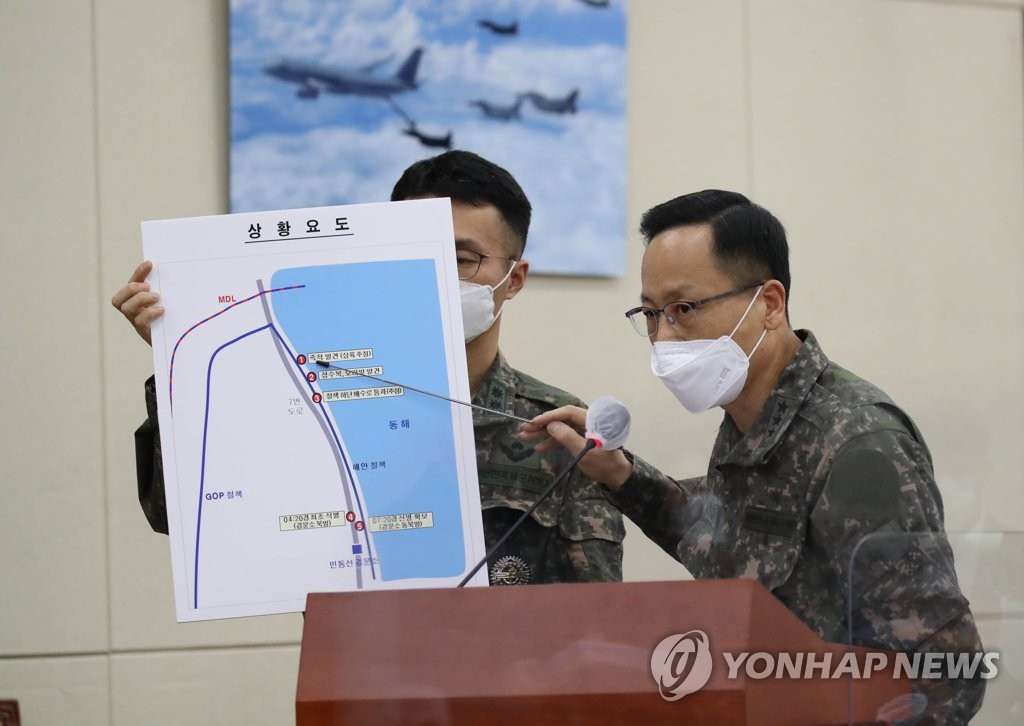