SEOUL, Feb. 17 (Yonhap) -- For baseball pitchers, it helps to have a short memory, that ability to quickly forget about bad outings and regroup for the next game.

It mostly applies to closers, who often have to pitch on the day after blowing a save and costing their team a victory. But starting pitchers can also struggle with bouts of self-doubt when they aren't able to put poor games behind them. 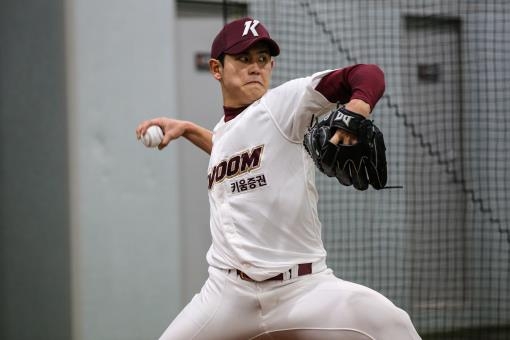 Cho Young-gun experienced those issues last year as a 21-year-old swingman for the Kiwoom Heroes in the Korea Baseball Organization (KBO). While bouncing between the rotation and the bullpen, the right-hander went through a roller-coaster ride typical of young hurlers. He finished with a 3-3 record and a 5.28 ERA in 20 appearances, half of them starts.

As he's looking to secure a more permanent spot in the rotation for the 2021 season, Cho said he has been working hard on his mental game. And he's been receiving help from his former baseball-playing uncle, Cho Jin-ho, who became the second South Korean ever to play in Major League Baseball (MLB) when he debuted with the Boston Red Sox in 1998. 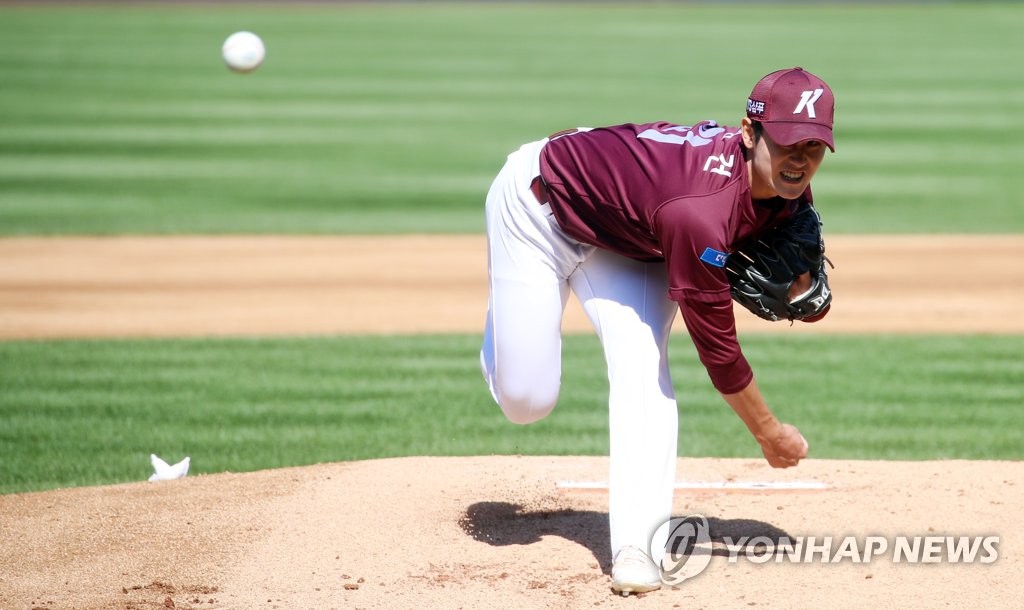 Now retired and coaching a university team near Daegu, Uncle Cho makes sure to call his nephew whenever the Heroes visit the southeastern city for a road series against the Samsung Lions.

The uncle and the nephew don't really talk shop, though: no discussions of release point, arm angle, spin rate or things of that nature.

"We mostly talk about the mental side of pitching, rather than mechanics," Cho Young-gun said Tuesday after practice at Gocheok Sky Dome in Seoul. "He has told me it looks like I always have a million things going through my head on the mound, and he's right."

By nature, the younger Cho is a brooder.

"With runners on base, I often started overthinking and rushing my delivery," he said. "Then I beat up myself at home for all the mistakes I made." 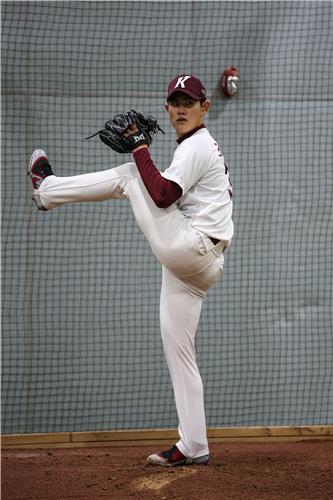 Cho has been trying to become more of an optimist.

"I figured bad things happened because I kept having negative thoughts," he said. "Near the end of last season, I tried to start having more positive thoughts. I have a better control of my emotions now."

Looking back on 2020, Cho said his goal was to pitch at least 30 innings with the Heroes, and he was happy to have surpassed that with room to spare, for a total of 44 1/3 innings. It was a marked improvement from 2019, when Cho made just one appearance. It was a disastrous start against the NC Dinos in which he gave up three runs on three hits and three walks while facing seven batters and recording just one out. 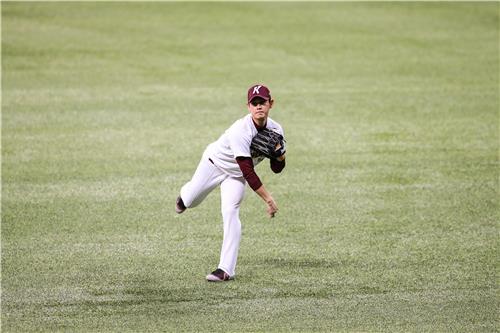 To that end, Cho has been working on his splitter so far in spring training. He said he wanted to develop a pitch that could work effectively against left-handed batters, after allowing them to bat .316/.438/.506 against him last year. In contrast, right-handed batters hit only .229/.327/.417 against Cho in 2020.

Cho was mainly a fastball-slider pitcher last year, using those two nearly 90 percent of the time, according to the baseball website Statiz. His splitter usage rate came to just 5.9 percent.

"I've always had a splitter in my arsenal, but I haven't been able to throw it with confidence," Cho said. "I haven't thrown it against a batter yet this spring, but I have more confidence in it now."

After two American pitchers, Eric Jokisch and Josh A. Smith, the remaining three spots in a conventional five-man rotation are all up for grabs. Cho is in the mix too, despite his lack of starting experience.

"Nothing is set in stone, but I'd like to pounce on an opportunity, no matter what that may be," Cho said. 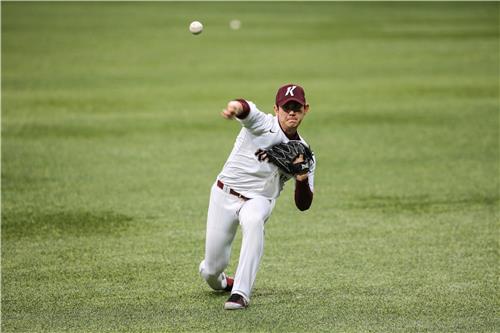