SEOUL, Feb. 17 (Yonhap) -- Three former MVPs of South Korean baseball will be in big league spring training starting this month, with two of them looking to build on their 2020 success and a third one trying to win a rotation job out of camp.

Ryu Hyun-jin of the Toronto Blue Jays and Kim Kwang-hyun of the St. Louis Cardinals are both entering their second camp with their respective clubs -- with the Cardinals' opening workout set for Wednesday in Jupiter, Florida, and the Blue Jays holding their first pitcher-catcher workout on Thursday in Dunedin, Florida. 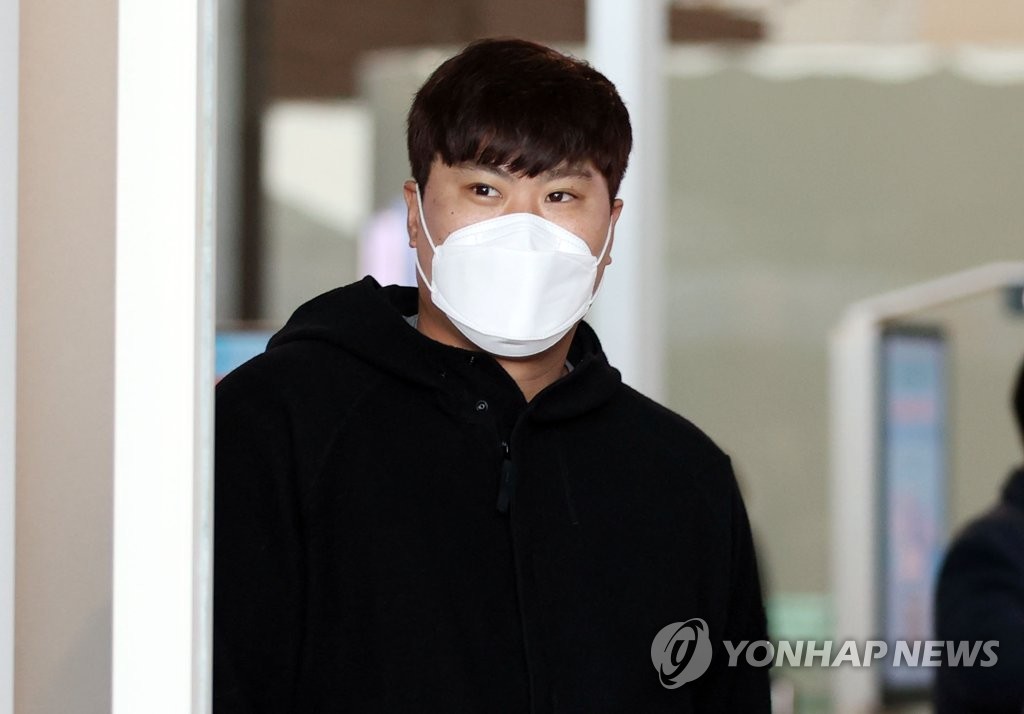 Another pitcher, Yang Hyeon-jong, signed a minor league deal with the Texas Rangers last week and has earned an invitation to spring training, where he'll be in a battle for a spot in the rotation. While waiting to get his work permit processed, Yang will be working out at the home stadium of his former Korea Baseball Organization (KBO) club, Kia Tigers, in Gwangju, 330 kilometers south of Seoul.

All three left-handers won MVP awards in the KBO before taking their talents across the Pacific: Ryu in 2006, Kim in 2008 and Yang in 2017.

Ryu signed a four-year, US$80 million deal with the Blue Jays in December 2019, becoming the highest-paid pitcher in Toronto franchise history after seven years with the Los Angeles Dodgers. Ryu had finished runner-up in the National League Cy Young Award voting in 2019, and immediately became the top-of-the-rotation force on his new team.

In the truncated, 60-game season in 2020, Ryu went 5-2 with a 2.69 ERA and finished third in the American League Cy Young race. The Blue Jays made the postseason for the first time since 2016.

The 33-year-old veteran will once again be counted on to be the Jays' No. 1 starter. Expectations are high for Toronto, which made a big splash in free agency by signing All-Star center fielder George Springer to a six-year, $150 million contract and added other veteran pieces, such as infielder Marcus Semien and reliever Kirby Yates.

Kim thrived as a big league rookie last year, with a perfect 3-0 record and a 1.62 ERA in eight appearances, including one relief outing. After signing a two-year pact with the Cardinals in December 2019, Kim opened the 2020 season as the closer and even recorded a save in his major league debut. He eventually moved into a more familiar territory as a rotation piece. Kim had been a starter during his 13 years in the KBO for the SK Wyverns. 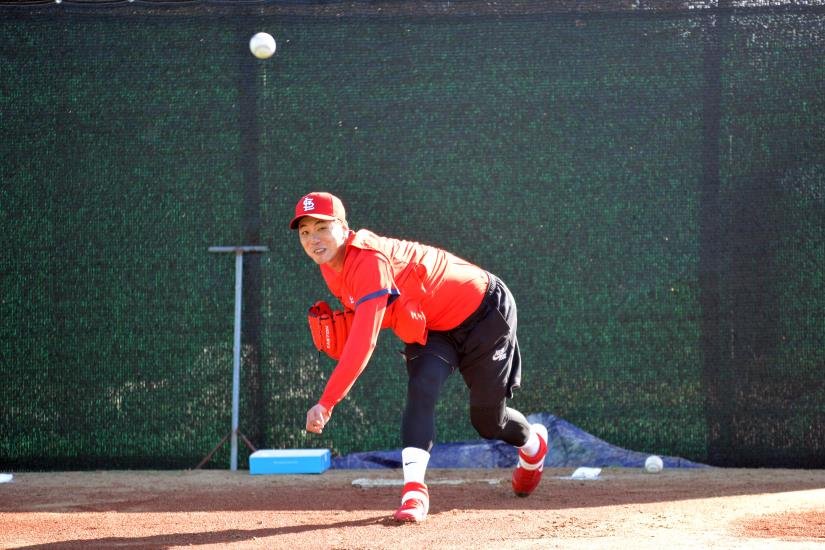 Kim is expected to be in the rotation from the get-go this year, lining up behind veterans, such as Jake Flaherty and Adam Wainwright.

Kim and Co. will have a stout defense behind them, especially after the Cardinals acquired Nolan Arenado, an eight-time Gold Glove winner at third base, in a trade with the Colorado Rockies.

Ryu and Kim won't have to worry about their job security or immediate future in the majors, but it's a different story for Yang, who isn't even on the 40-man roster yet after signing a split contract.

This means Yang will be paid different amounts of money depending on the time he spends in the majors and the minors.

If he pitches in the majors for the whole season, Yang will make $1.3 million, with another $550,000 up for grabs in incentives. 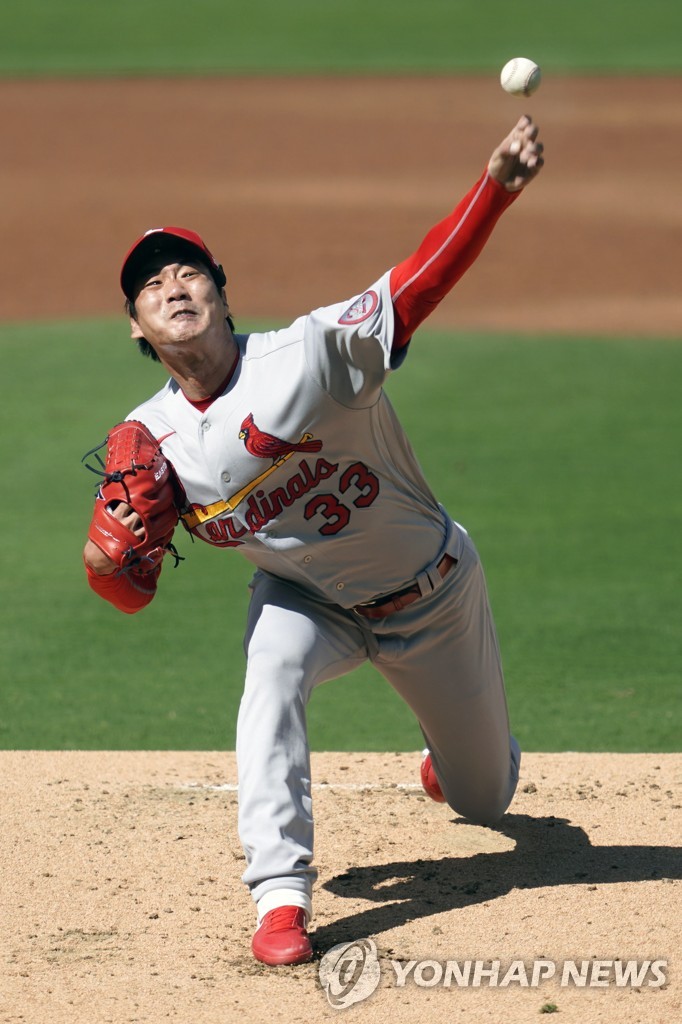 Kyle Gibson, Mike Foltynewicz and Kohei Arihara appear to have locked down spots in the Rangers' rotation. Yang is among a handful of pitchers in the mix for the remaining places, along with Kyle Cody, Jordan Lyles and Dane Dunning. Yang is the only left-hander of the group and his durability -- he threw a KBO-best 1,290 2/3 innings in the 2014-2020 period -- should also help his bid.

Pittsburgh Pirates minor league prospect Bae Ji-hwan has earned an invitation to camp as a non-roster player in Bradenton, Florida.

Veteran outfielder Choo Shin-soo, whose seven-year deal with the Rangers expired last season, is still looking for a new team. 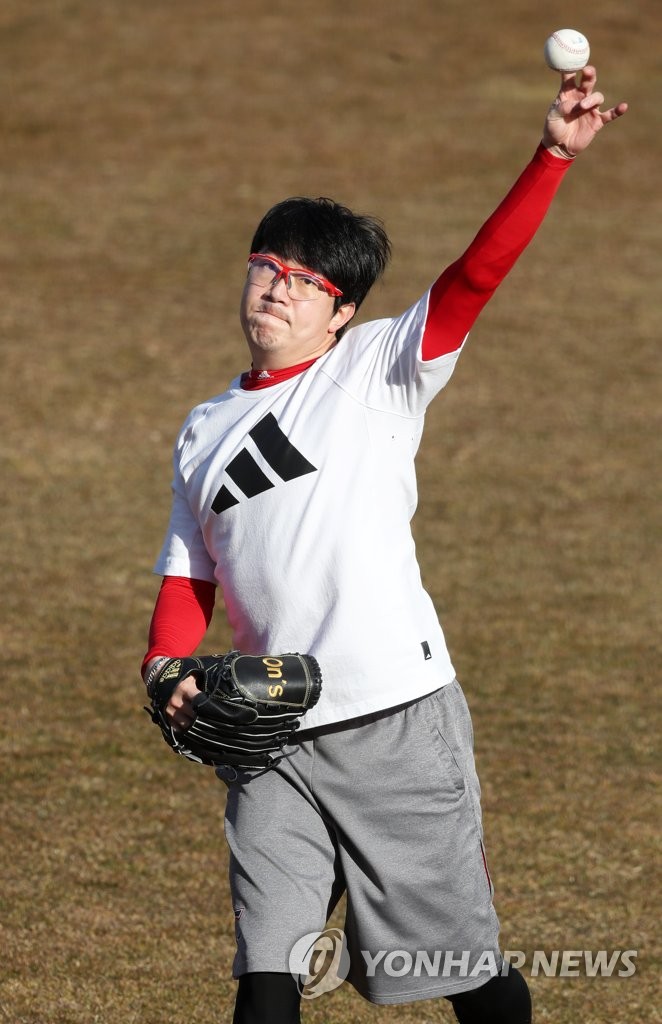