SEOUL, Feb. 17 (Yonhap) -- South Korea and the United States share a "clear commitment" to strike a deal on the sharing of the cost for stationing 28,500 America troops here before April, a diplomatic source said Wednesday.

Seoul and Washington have been stepping up final-stage efforts to reach the deal, called the Special Measures Agreement (SMA), as South Korean civilians working for the U.S. Forces Korea (USFK) could be forced to go on unpaid leave on April 1 absent a new deal.

"We mutually have a clear commitment not to go beyond April 1 -- a date when furloughs could be enforced for South Korean workers each year," the source told Yonhap News Agency on condition of anonymity.

"We are hoping that it would not take too long," he added, refusing to comment on any timeline and other details for the conclusion of the negotiations, despite reports that the allies are just weeks away from clinching a new SMA.

"Those are not at all subjects for SMA negotiations. They are unrelated to the SMA," he said, underscoring that South Korea's consistent position has been to retain the existing defense-cost sharing framework.

Under the SMA framework, Seoul is to share the costs for Korean USFK workers; the construction of military installations, such as barracks and training, educational, operational and communications facilities; and other logistical support.

Expectations have risen that Seoul could agree to increase its financial contributions for the USFK by 13 percent from its 2019 payments of around US$870 million. But the source refused to comment on how the final deal will shape up.

Last year, Seoul put forward the 13 percent increase as its best possible offer, drawing a battle line against the former Donald Trump administration's demand for about a 50 percent rise to $1.3 billion. But Trump rejected it, saying a "very wealthy nation" should pay more. 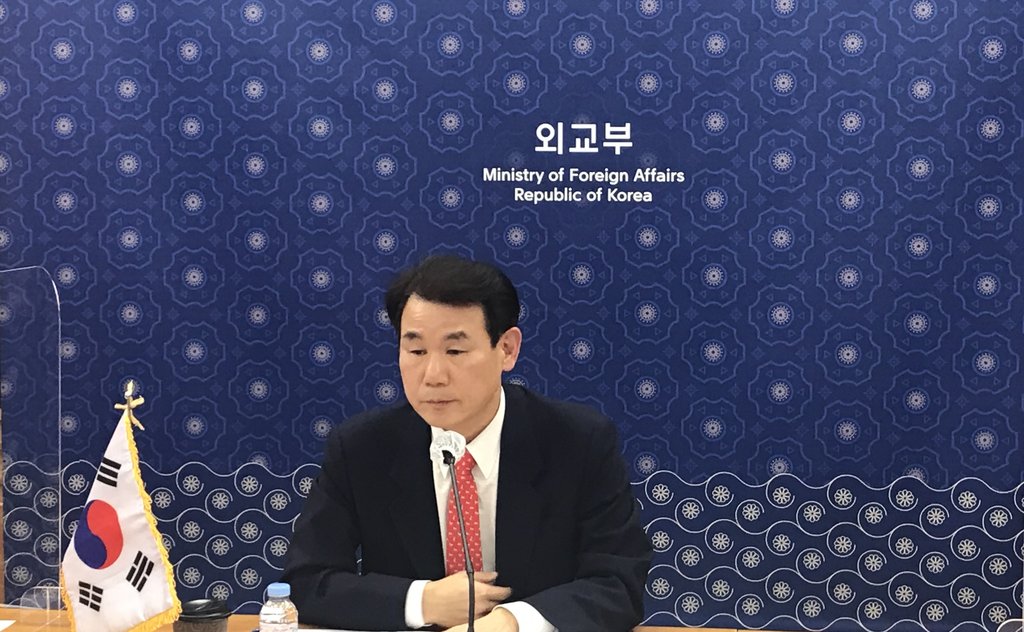