And given his proven track record of durability and ability to command multiple pitches, Yang will have every opportunity to make the major league club, said Rangers' pitching coach Doug Mathis.

In a phone interview with Yonhap News Agency on Wednesday, Mathis spoke highly of Yang's success in the Korea Baseball Organization (KBO) with the Kia Tigers, and how he feels that history should help the Korean pitcher in the United States. Mathis even got a firsthand look at Yang, having pitched in the KBO for the Samsung Lions in 2011 during Yang's fifth season. Mathis was 5-2 with a 2.52 ERA, and started Game 1 of the Korean Series as the Lions won their first of four consecutive titles. 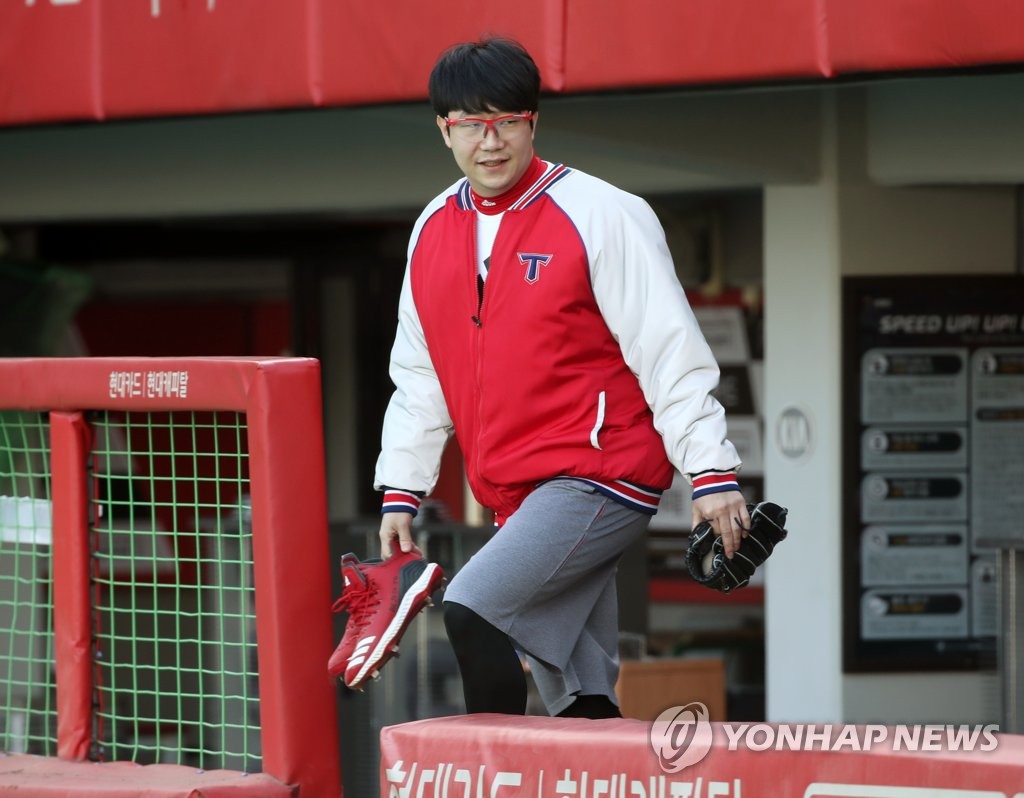 Yang was 7-9 with a 6.18 ERA that year while bouncing between the rotation and the bullpen for 28 games. He has since evolved into a far better pitcher, and his numbers speak for themselves

Since becoming a full-time starter in 2014, no one has thrown more innings in the KBO than Yang's 1,290 2/3, with at least 170 innings pitched every year from 2014 to 2020. The ability to eat up innings will come especially handy in Major League Baseball (MLB) this year, with the schedule having returned to a normal 162-game set after the coronavirus pandemic slashed it to 60 games in 2020. Teams will have to be careful with the sudden jump in workloads for pitchers, but not someone like Yang.

"He's obviously had a great track record and he's been very durable," Mathis said from his home in Arizona. "That's a big advantage he has because we're not going to worry about any kind of innings limit. There are some guys we're going to have to monitor and make sure we're not overdoing with those guys when it comes to their workload this year. Obviously, Yang is a guy that we're not going to have those parameters on. He can go out there and pitch."

Before agreeing to a US$1.3 million contract with the Rangers last week, Yang, 32, had been a perennial All-Star who won both the regular season and the Korean Series MVP awards in 2017. So it's not just his durability that will make Yang a strong candidate to crack the Rangers' rotation.

"His fastball is really good. He locates it anywhere he wants it," Mathis observed. "And his changeup and slider are really good pitches to put guys away with." 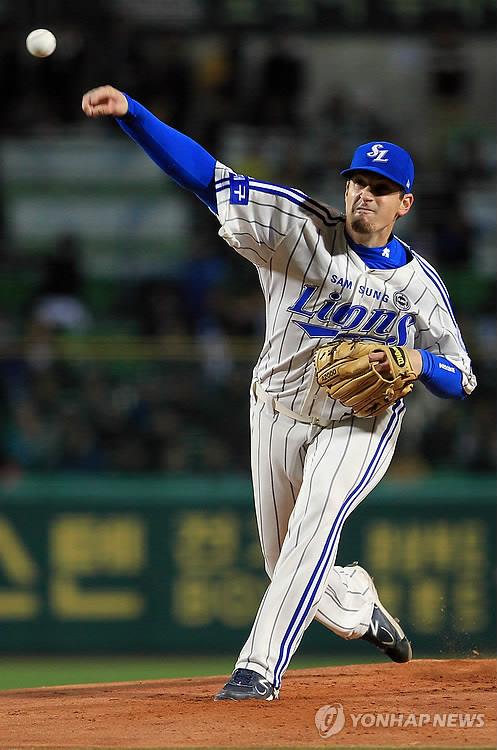 According to the Korean baseball website Statiz, Yang used his fastball 57.4 percent of the time, followed by changeup at 21.7 percent and slider at 16.6 percent.

He only threw his curveball 4.3 percent of the time, and Mathis said, "We feel that his curveball is actually a pitch he can use more. It's a pitch we like a lot. It tunnels well with the fastball."

Yang pitched out of the bullpen earlier in his career, and his experience with a different role is something that the Rangers find intriguing.

"He's a guy that can start and he can pitch out of the bullpen and serve a lot of roles," the coach said. "We're looking for guys that can do multiple things. There's going to be opportunities for guys that can do multiple roles on our team. Some nights, they may pitch two innings, and some nights, they may be asked to pitch, 3, 4, 5 innings, whether that's as a starter or a reliever."

Major league veterans Kyle Gibson and Mike Foltynewicz, plus new Japanese signing Kohei Arihara, are expected to take up the first three spots in the rotation. Yang is in the mix for the remaining spots -- two or three, depending on how the Rangers decide to run their rotation this year -- alongside Kyle Cody, Jordan Lyles and Dane Dunning.

Yang is the only left-hander in that group, which should also help his bid. Mathis said Yang compares favorably to two other Korean left-handers in MLB, Ryu Hyun-jin of the Toronto Blue Jays and Kim Kwang-hyun of the St. Louis Cardinals. 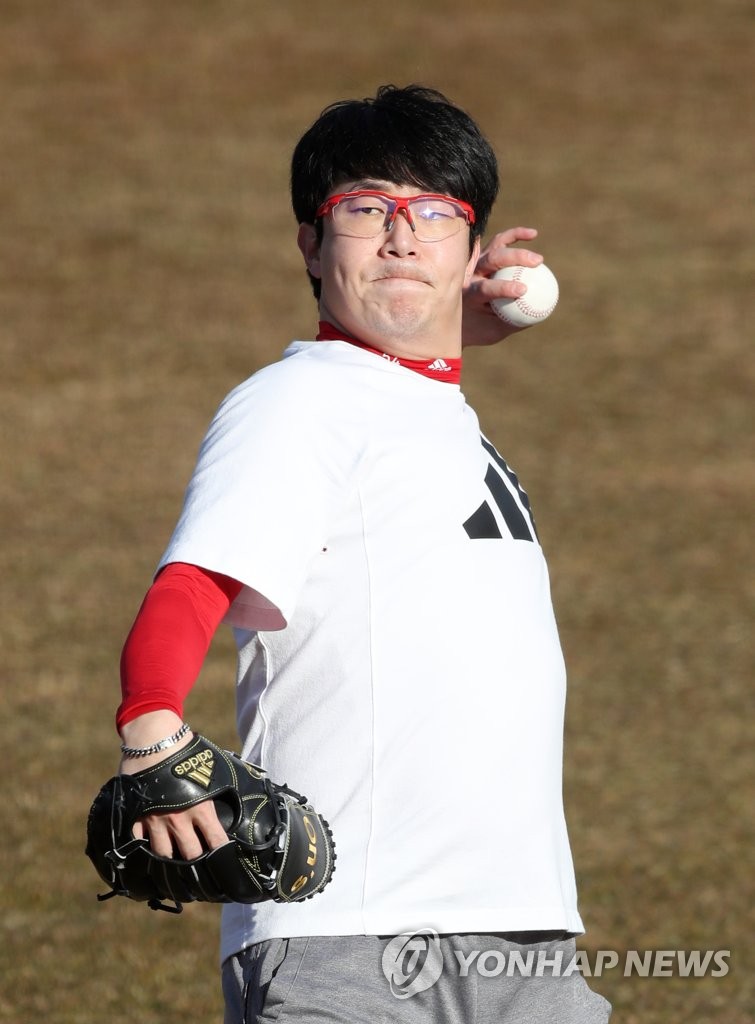 Ryu has been a Cy Young Award finalist in each of the past two seasons. Kim, who joined the Cardinals last year, went 3-0 with a 1.62 ERA as a rookie.

"I think the big thing with those guys is they command their fastball really well. They're all able to change speeds really well and all have good complementary, secondary pitches," Mathis said. "Ryu is not a hard thrower but he knows how to pitch. I think Yang is very similar in that respect. He commands his fastball and can change speeds, and throws multiple pitches for strikes."

Mathis said the Rangers will be careful with how they bring along Yang in the early part of spring training, and they will make sure he won't feel overwhelmed with all the adjustments he has to make.

Mathis is uniquely qualified to help international pitchers on the Rangers, having competed in Korea, Japan and Taiwan after starting his career in the United States.

"The main thing with someone like Yang is we have to be very aware of where they're coming from, and differences in culture, play and schedule," Mathis said. "Can we get him to do similar things he did in Korea and not have him have to change all that much? We can adjust to him, not vice versa."

Mathis said he feels the KBO, more so than other leagues around the world, is quite similar with MLB in their styles of play, and Yang likely won't have to make major adjustments in that regard. 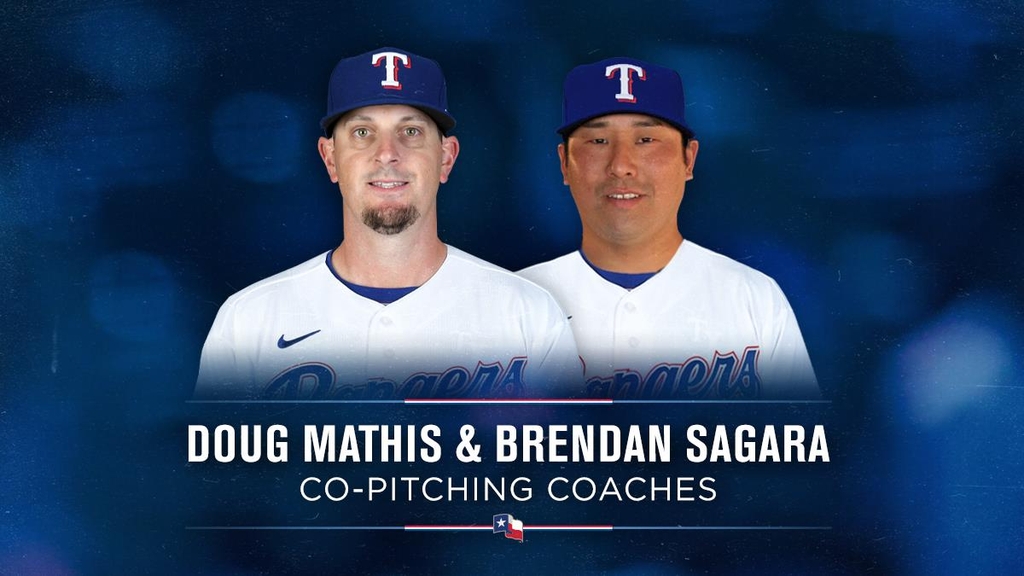 "Obviously, he's going to have to adjust to the new country and new league. But other than that, it's still baseball," Mathis said. "We're just going to ask him to be who he is, and go out there and attack hitters. We like him how he is. He's not going to have to change really anything he does."

The Rangers are in the midst of a rebuild, with young players expected to get their share of playing opportunity. But Mathis said this doesn't mean Yang, about to turn 33 with relatively small financial commitment from the club, will be left out of the mix just because of his age.

"We obviously want to give our younger players opportunities but we also want everyone to earn it," Mathis said. "We also want to take our best guys that we feel are going to help us be successful. Even though we're rebuilding, we're still going to try to win games and be as competitive as possible. It's not like we're going to let all younger guys pitch just because they're young. They'll still have to prove to us that they're capable and ready, and they're going to help us win games. It's the major leagues. We still have to try to go out there and win every night." 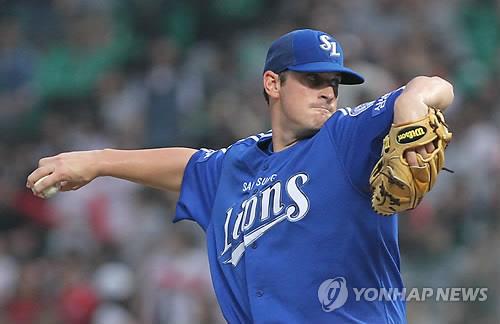