SEOUL, Feb. 18 (Yonhap) -- A grandson of a renowned Korean independence fighter said Thursday that he had sent a letter to Harvard University's president to end any discussions about donating his historical archives due to a professor's article depicting Japan's wartime sexual slavery as voluntary prostitution.

In an email and phone interview with Yonhap News Agency, Philip Ahn Cuddy, the grandson of Ahn Chang-ho who fiercely fought against Japan's 1910-45 colonization, revealed that he wrote the letter to President Lawrence S. Bacow to terminate the talks in "direct consequence" of J. Mark Ramseyer's "inappropriate academic writing."

Ramseyer, Mitsubishi professor of Japanese Legal Studies at Harvard Law School, recently published the controversial article, titled "Contracting for sex in the Pacific War," in which he described former sex slaves as prostitutes under voluntary contracts.

"Considering my family's legacy and what the Japanese have done to my family and to Korea during the imperial occupation and in direct consequence of Ramseyer's words, I am terminating any and all discussion about donating materials to Harvard," he wrote in the letter, a copy of which was sent to Yonhap News.

"Maybe a lesson will be learned about the consequences of not seeking the truth, not upholding history and revising it for personal gain," he stressed.

Cuddy previously had discussions with the university on the transfer of his archives, which are part of the legacy of his grandfather and his mother, Susan Ahn Cuddy -- the first Asian American woman in the U.S. Navy.

Cuddy voiced frustration that Harvard University and the International Review of Law and Economics, which published the article online, would not do enough "hiding behind the veil of academic freedom."

"Allowing employees to think they can hide behind academic freedom freely spewing such pointed false opinions about comfort women indicated Harvard is no place to deposit any of my archives," he said, referring to the euphemism for the former sex slaves.

He made it clear that his termination of the discussions is the consequences of Ramseyer's "inappropriate" academic writing.

"I believe Ramseyer's narrow minded teachings about comfort women deserve some consequences for his grotesque misrepresentations of this inhumane issue," Cuddy wrote.

"His actions and the consequences of his actions will affect many within Harvard University, the Harvard Community and beyond," he added.

Born in 1878 in South Pyongan Province currently in North Korea, Ahn Chang-ho, whose pen name is Dosan, was one of the first to immigrate to the United States where he played a role in helping his homeland gain independence. He was one of the founders of Korea's provisional government and was a statesman, educator and freedom fighter all his life until his death in 1938.

His eldest daughter, Susan Ahn Cuddy, joined the U.S. Navy in 1942, becoming the first Asian American woman to join the armed service. She served in the Navy until 1946 and later worked for the Naval Intelligence and National Security Agency.

International condemnation of Ramseyer's article has been escalating as aging victims of Japan's sexual slavery, euphemistically called comfort women, have clamored for Tokyo's sincere apology and due reparations.

On Tuesday, Lee Yong-soo, a surviving victim, called for Seoul to bring the sexual slavery issue to the International Court of Justice (ICJ), as she voiced hope for an end to the animosity between the two neighboring countries.

The issue resurfaced after a Seoul court ordered Japan last month to make reparations of 100 million won (US$90,293) each to 12 former sex slaves -- without recognizing sovereign immunity in the trial. 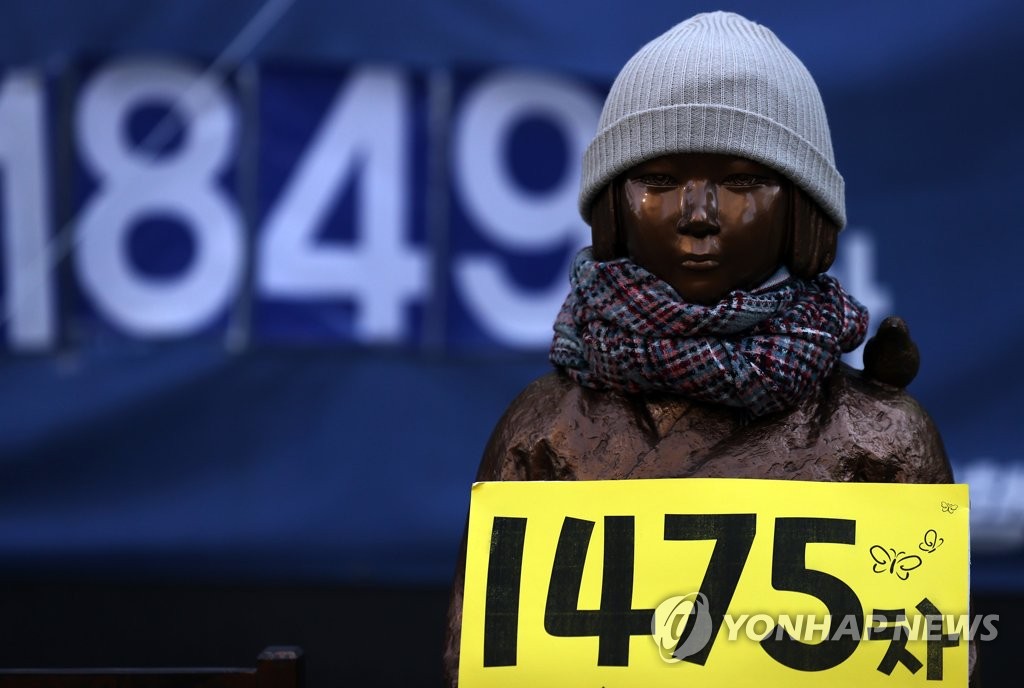