WASHINGTON, Feb. 17 (Yonhap) -- The ongoing review of U.S. policy toward North Korea will also take into account cyber threats posed by the country, a spokesperson for the U.S. State Department said Wednesday.

Ned Price said the U.S. is well aware of "disruptive cyber attacks" committed by the North.

"Of course, most frequently we speak of North Korea's nuclear and ballistic missile program, but, of course, it's malicious cyber activity is something we are carefully evaluating and looking at as well," the press secretary told a daily press briefing.

Price's remarks came in response to a request to confirm recent reports in South Korea that North Korea may have successfully hacked global pharmaceutical firms, such as Pfizer, to gain information on COVID-19 vaccines.

"We are aware of these reports, but we don't have a specific comment on this particular case," he said. 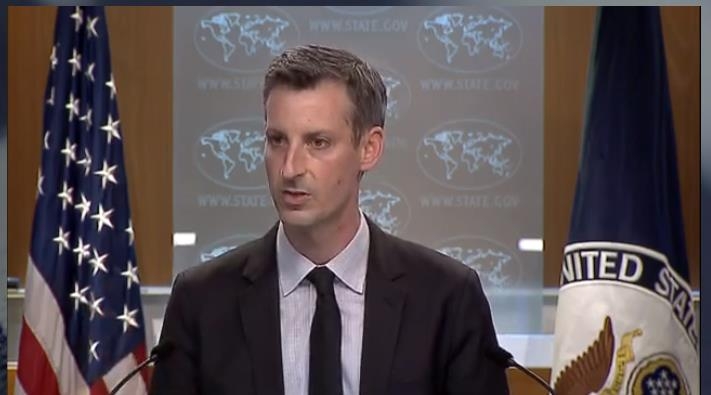 The remarks came shortly after the U.S. Justice Department unsealed its indictment of three North Korean hackers for a wide range of criminal activities that it said were aimed at stealing a total of US$1.3 billion.

The indictment was filed in a federal District Court in December, the Justice Department said earlier.

"I would say that in general North Korea's malicious cyber activities threaten the United States. They threaten our allies and partners and other countries around the world," said Price.

"It remains a cyber espionage threat. It retains the ability to conduct disruptive cyber attacks, and several of those cases in the past were quite high profile and prominent. So our review of our policy to North Korea will take into account the totality of the malign activity and the threats that are emanating from North Korea," he added.

U.S. Secretary of State Antony Blinken has said the policy review seeks to find the best tools for dealing with North Korea and that such tools may include incentives, but also additional sanctions.

The review was launched shortly after President Joe Biden took office on Jan. 20.