SEOUL, Feb. 18 (Yonhap) -- The CEO of South Korea's top food delivery app operator, Woowa Brothers Corp., said Thursday that he will donate more than half of his wealth, estimated to be more than 1 trillion won (US$905 million).

"My wife Bomi Sul and I hereby pledge that we will return more than half of our wealth to society during our lifetime," Kim Bong-jin said in a message on the website of the Giving Pledge. 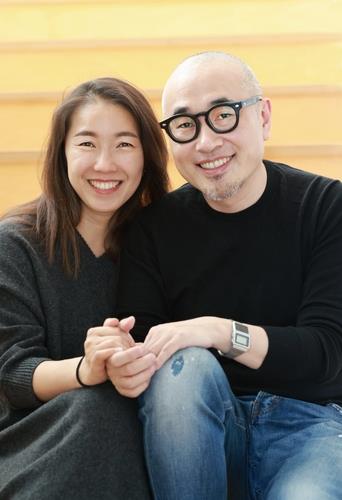 Giving Pledge, created by Bill and Melinda Gates and Warren Buffett, is a global campaign by the world's wealthiest individuals and families to dedicate the majority of their wealth to giving back.

Kim's assets are expected to reach over 1 trillion won when a US$4 billion deal for Germany's Delivery Hero (DH) to buy Woowa Brothers -- the operator of delivery app Baedal Minjok, or Baemin -- is completed.

The country's antitrust regulator granted the permission for the takeover on condition that DH sells its food delivery affiliate here, Yogiyo. DH, which has the No. 2 food delivery app brand Yogiyo under its wing, announced in December 2019 that it will acquire an 88 percent stake in Woowa Brothers.

Kim is the first South Korean national to join the global campaign.

Kim said "we are envisioning how to resolve the issue of educational inequality, support arts and culture, and establish an organization that could help philanthropic institutions in carrying out their work."

He also hoped to address perceptive and institutional obstacles that hinder the culture of giving.

Earlier this month, Kim Beom-su, the founder of the country's top mobile messenger operator Kakao Corp. announced that he will donate more than half of his assets, estimated to be over 10 trillion won.

Baemin CEO pledges to donate more than half of his assets

Baemin CEO pledges to donate more than half of his assets