SEOUL, Feb. 18 (Yonhap) -- The wife of North Korean leader Kim Jong-un appears to have been absent from public view for more than a year due to childbirth, a think tank linked to Seoul's spy agency said Thursday.

Ri Sol-ju made her first public appearance in more than a year this week as state media reported on her having attended a concert celebrating the birthday of late leader Kim Jong-il.

"Ri Sol-ju appears to have been absent from public for a year and a month due to childbirth," the Institute for National Security Strategy, a think tank associated with the National Intelligence Service (NIS), said in a daily brief on North Korea affairs.

"North Korea might have tried to prevent the same appearance (of pregnancy) of the highest dignity as ordinary people from being seen in public and to keep it a secret," it added.

The report, however, did not provide details to support the claim. The think tank said that the report is based on a researcher's personal opinion for internal review, adding that it does not represent the official stance of the institute on the matter.

On Tuesday, the NIS told lawmakers in a closed-door session that Ri is presumed to have avoided public activity due to the country's antivirus campaign. The agency added that she appears to be spending time with her children and that "no unusual signs have been detected."

Kim and Ri are believed to have three children but details on them are not available. 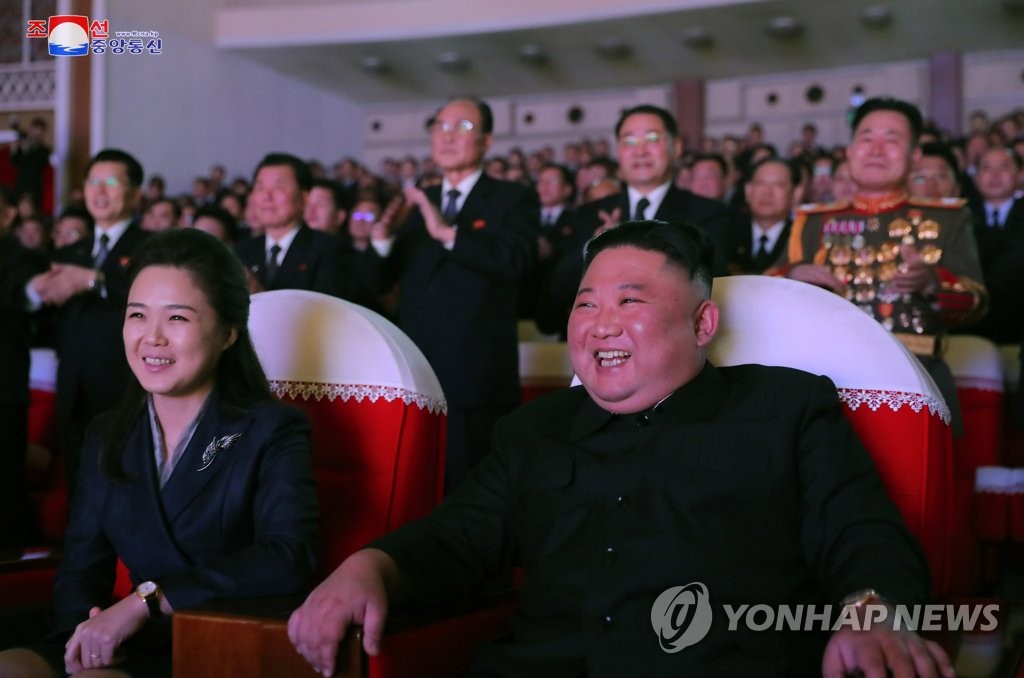