SEOUL, Feb. 18 (Yonhap) -- Starting Friday, the government will introduce a new privacy protection measure allowing the people to write down encrypted private numbers instead of their phone numbers when they visit widely-used places, like restaurants and cafes.

The Personal Information Protection Commission (PIPC) announced Thursday that it will introduce an encrypted private number system for use on handwritten entry logs as a yearlong battle with the coronavirus has led to excessive data disclosures.

High-risk facilities and most business establishments, like cinemas, cafes and restaurants, have required visitors to submit either a QR-code based entry log or a handwritten one for quick tracing of possible contacts of confirmed COVID-19 patients.

Privacy concerns had been raised with the latter, as people were required to write down their personal information, including a phone number, often on the same sheet of paper.

Information gathered through smartphone QR codes was found to be safe, as they are automatically deleted after four weeks, according to the commission.

An encrypted number consists of a combination of four numbers and two letters, and it cannot be used for phone calls or text messaging. It can be converted by authorities only when there is an urgent need to contact the holder of the number for virus-related reasons, the PIPC said.

One can get his or her unique encrypted number on the QR code generating page of Naver, the country's biggest portal site, the ubiquitous messaging service Kakaotalk or the authentication application PASS. And the number will remain unchanged and valid until the end of the COVID-19 pandemic. 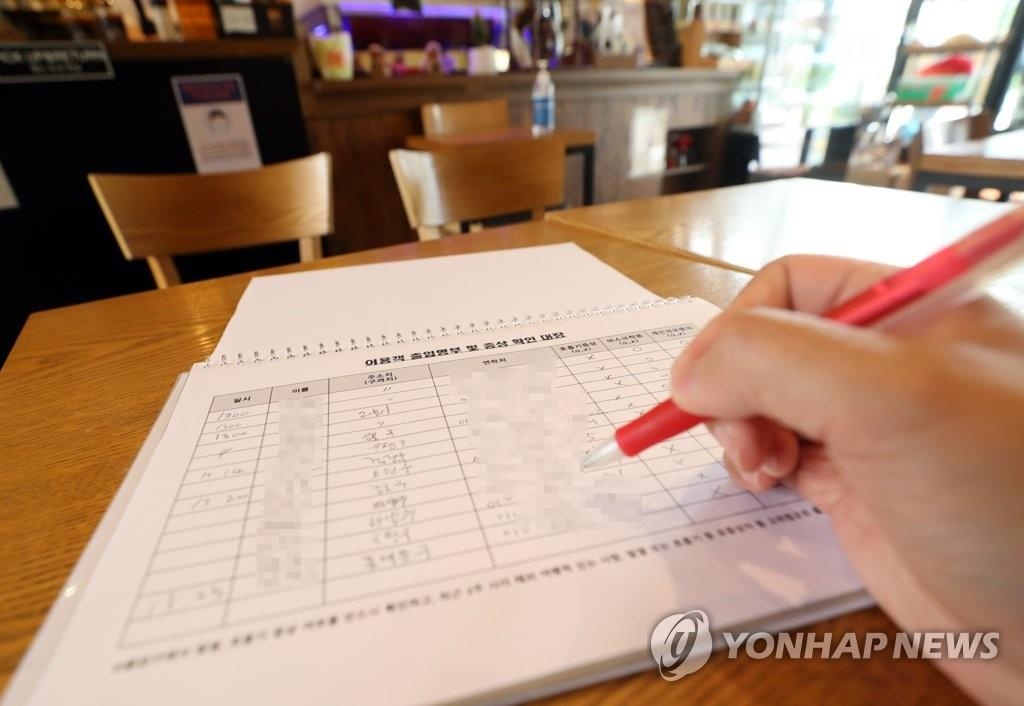 It enforced a measure in September, under which businesses could not demand the names of customers on handwritten entry logs, but only part of their home addresses and their phone numbers.

The move came after the PIPC inspected how personal information was gathered and managed under antivirus restrictions and concluded that there was a high risk of data breach. 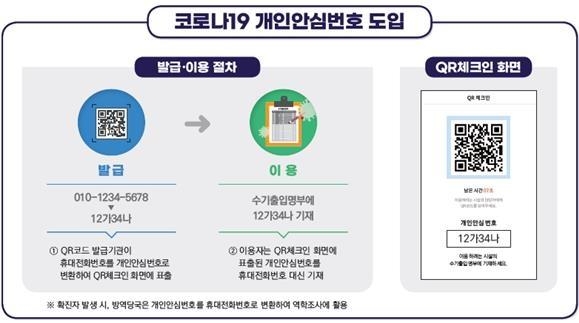