SEOUL, Feb. 19 (Yonhap) -- Before coming over to South Korea to continue his professional pitching career in 2021, Josh A. Smith reached out to some baseball friends with playing experience in the country.

But the 33-year-old didn't have to look too far to find the only current big league coach with managerial experience in the Korea Baseball Organization (KBO). 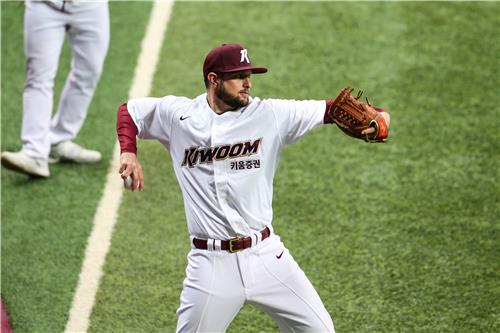 Smith, now a member of the Kiwoom Heroes, pitched for the Miami Marlins last year. Their third base coach is Trey Hillman, who managed the KBO club SK Wyverns in 2017 and 2018, and won the Korean Series in his second season.

Speaking to reporters after practice on Thursday at Gocheok Sky Dome in Seoul, Smith said he'd always been interested in pitching in the KBO. In addition to reaching out to current Lotte Giants pitcher Dan Straily and former Samsung Lions hurler Tim Adleman, Smith asked Hillman a few questions about the KBO.

Hillman's advice to Smith was straightforward.

"Just pitch my game and do what I do every time I go out there," Smith said when asked about Hillman's words. "Baseball is the same. You don't want to do more than you're capable of or try to do too much." 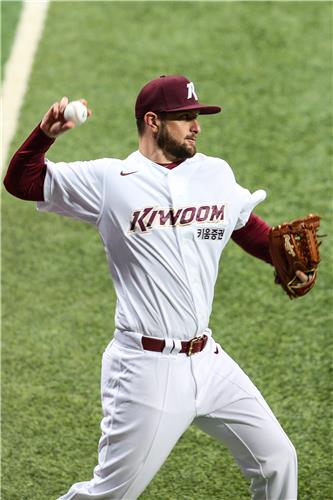 With that experience, Smith isn't worried about a sudden uptick in his workload this year. With the major league season slashed from the usual 162 games to 60 games in 2020 due to the COVID-19 pandemic, Smith only threw 26 1/3 innings for the Marlins. As the Heroes' No. 2 starter, Smith, if he stays healthy, will likely pitch well over 150 innings.

"Physically, I feel really good," Smith said. "Throughout my career, I was always a starter. I was able to throw a lot of innings (in the minors)."

Asked to describe his pitching style, Smith said, "I throw a lot of strikes and try to go deep into games. I try to give the team a chance to win every time I go out there. 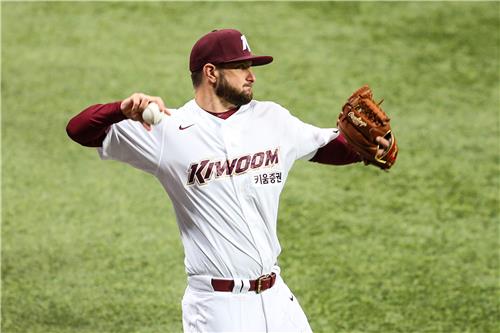 New pitcher to heed ex-KBO manager's advice by being himself

New pitcher to heed ex-KBO manager's advice by being himself