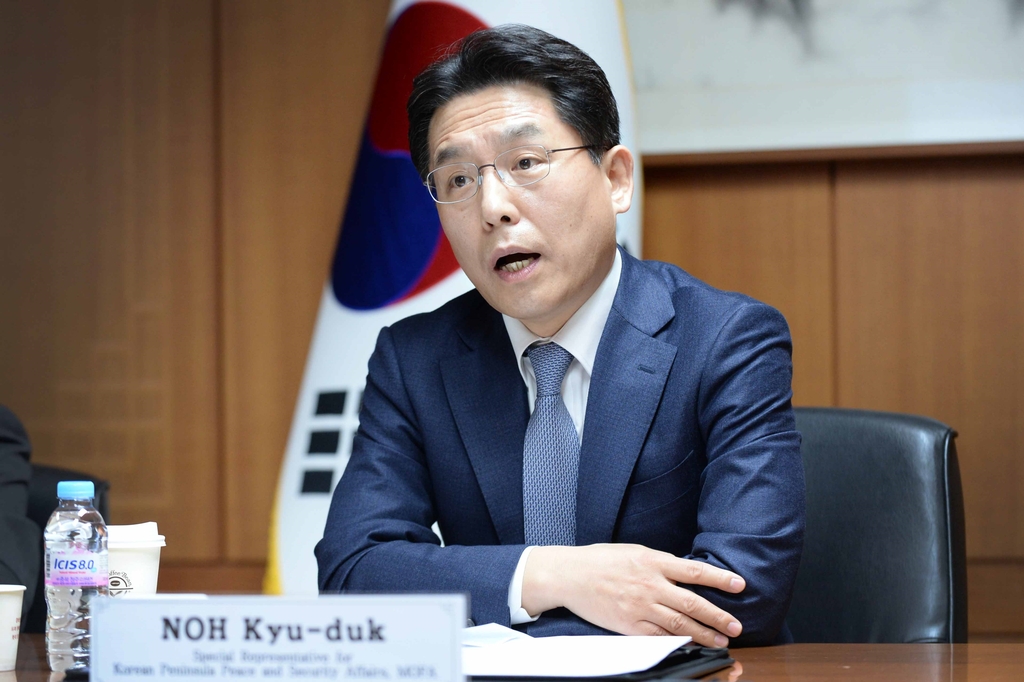 "South Korea, the U.S. and Japan shared their assessments on the recent situation on the Korean Peninsula and agreed to closely cooperate among the three countries to achieve complete denuclearization and lasting peace on the peninsula," the ministry said in a press release.

The ministry also said the three sides assessed the "utility" of their trilateral cooperation for peace and stability on the peninsula and in Northeast Asia and agreed to hold follow-up consultations at an appropriate time.

Amid an ongoing review of its policy toward North Korea, the U.S. has stressed the importance of close coordination with its key Asian allies, South Korea and Japan, which have been mired in protracted rows over wartime history and trade.

"The group discussed the ongoing U.S. DPRK policy review and stressed the importance of continued close cooperation and coordination," the department said in a release. DPRK stands for North Korea's official name, the Democratic People's Republic of Korea.

The Biden administration is currently undertaking a review of its entire approach and policy toward the North.

While the review is aimed at finding the best approach toward the nuclear-armed North Korea, the State Department has said bringing U.S. allies on the same page as the U.S. on the North Korean issue is equally important.

Thursday's talks between the U.S. and its two Northeast Asian allies marked the first of their kind since Joe Biden took office on Jan. 20.

"They each shared their assessments of the current situation in North Korea and expressed their continued commitment to denuclearization and the maintenance of peace and stability on the Korean peninsula," it added.