SEOUL, Feb. 19 (Yonhap) -- South Korea carried out a final government-wide mock drill Friday for the planned transport of COVID-19 vaccines ahead of the beginning of the inoculation program next week, the defense ministry said.

Earlier this month, health authorities and related agencies conducted the first mock drill at Incheon International Airport, west of Seoul, for the transport of the foreign-made Pfizer COVID-19 vaccine.

Friday's second and final rehearsal focused on transporting the AstraZeneca's vaccine, to be produced at a SK Bioscience Co. factory in the southeastern city of Andong, to a distribution center in Icheon, south of Seoul, and then to 25 local health centers across the nation. 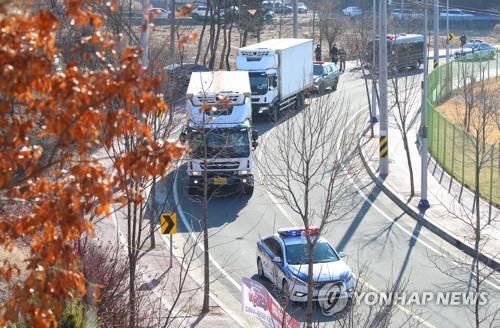 To be fully prepared for any emergency situations, the authorities mobilized the Air Force's C-130 cargo plane and helicopters to rehearse their delivery to islands, such as Jeju and Ulleung Islands, according to the defense ministry.

"Basically, the ground transport will be used for their delivery from the factory to the distribution center. To send them to islands, either vessels, helicopters or military transport aircraft will be mobilized in accordance with weather conditions and other circumstances," a ministry official said.

The defense ministry launched a vaccine distribution task force last month, which is in charge of managing the transportation and distribution of COVID-19 vaccines, in cooperation with the Korea Disease Control and Prevention Agency (KDCA), the National Police Agency and other related entities.

"This drill was to simulate the whole procedure of the vaccine distribution plan by fully adhering to due rules," the defense ministry said in a release. "Not only government agencies but civilian experts joined the drill to ensure perfection in the overall delivery system."

South Korea plans to administer its first inoculations against the new coronavirus on Feb. 26, with AstraZeneca's vaccines, for those aged younger than 65.

So far, the government has secured vaccines for 79 million, more than the nation's population, through deals with the World Health Organization's global vaccine COVAX Facility project and separate contracts with foreign drug firms. 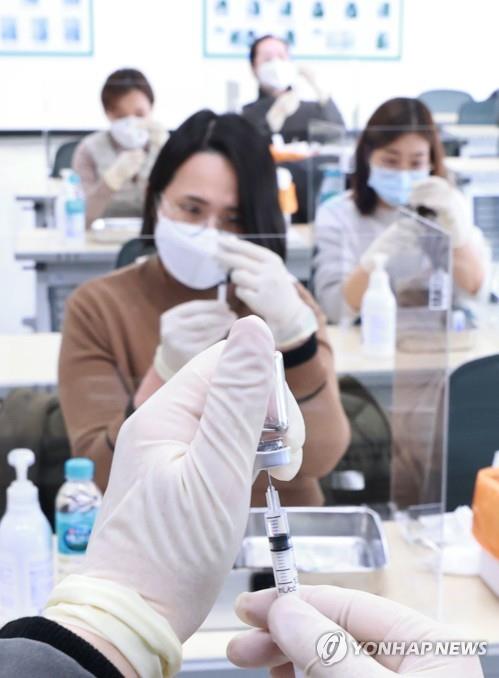