SEOUL, Feb. 19 (Yonhap) -- Singer-actress IU's song from a decade ago has resurged to top spots on major music charts here after her performance videos went viral on social media.

As of 1 p.m. Friday, "Hold My Hand," the singer-songwriter's first self-produced song, ranked No. 4 and No. 11, respectively, on music streaming services Bugs and Genie's real-time charts.

"Hold My Hand" was released in 2011 as one of the soundtrack numbers for local TV channel MBC's romantic comedy TV series "The Greatest Love," which posted top viewership ratings at the time.

Along with the drama's high ratings, the song had also gained popularity with its cheerful melody and charming lyrics. 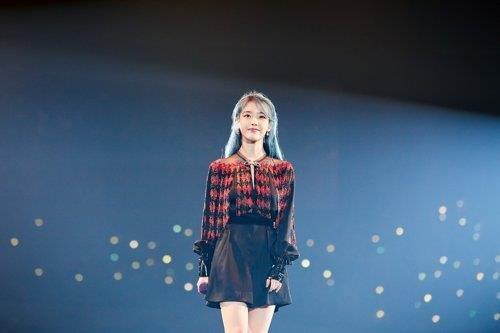 The track came under the spotlight once again as fan videos of IU singing the song during past concerts gained traffic on YouTube and other social media from late last year.

In response to fans' reaction, her management agency Edam Entertainment in November uploaded a full video of the performance during a 2019 concert on its official YouTube channel. The video has since racked up over 11 million views.

The 28-year-old top soloist, who debuted in 2008, has reigned as one of the most successful singers here with self-produced megahit songs, such as "Through the Night," "Palette," "Blueming" and "Eight," a collaboration song with Suga of global superstar BTS.

Her latest single, "Celebrity" has also topped Billboard's K-pop 100 chart for three consecutive weeks as well as domestic music charts since it dropped on Jan. 27. 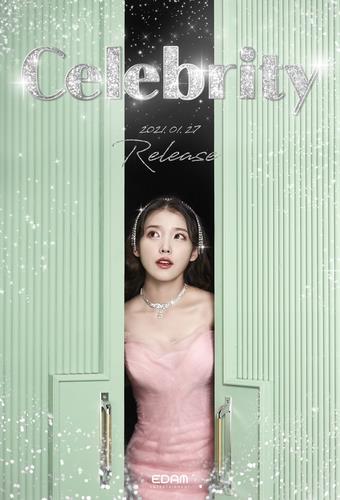