SEOUL, Feb. 19 (Yonhap) -- North Korea has appointed a former trade minister as the new ambassador to China, the country's foreign ministry said Friday, in what appears to be aimed at strengthening economic ties with its closest ally.

Ri Ryong-nam, 61, replaced Ji Jae-ryong, who has served as top envoy in Beijing since 2010, according to a posting on the official website of the ministry.

Ri is known for his expertise on trade and the economy as he worked as trade minister in 2008 and as external economic affairs minister until 2016. He also had served as the North's deputy premier handling foreign trade until recently.

His appointment might be aimed at strengthening economic ties and cooperation with North Korea's largest trade partner and patron. It also appears to be in line with the North's push for a generational shift at key government posts.

North Korea and China have shown off their friendly relations in recent years amid Beijing's deepening rivalry with the United States and stalled denuclearization talks between Pyongyang and Washington. 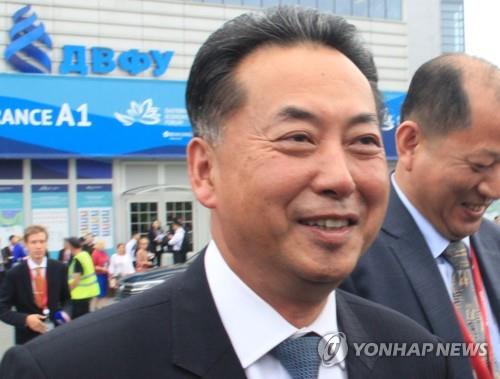