WASHINGTON, Feb. 19 (Yonhap) -- No decision has yet been made in terms of whether or how the U.S. will reposition its troops overseas, but the country remains committed to revitalizing its alliances and partnerships, U.S. Defense Secretary Lloyd Austin said Friday.

The U.S. secretary also said that even if the U.S. must draw down or pull out troops from certain regions such as Afghanistan, it will only be done through close consultations with allies.

"When Article 5 was first invoked, it was in our defense on September 11 and the United States will not forget that," Austin said, referring to Article 5 of the North Atlantic Treaty Organization (NATO) on joint defense, which was invoked after the 2001 terrorist attacks in the U.S.

"Nor will we forget our own obligations to revitalizing this, and all our other alliances," he told a press briefing at the Pentagon. 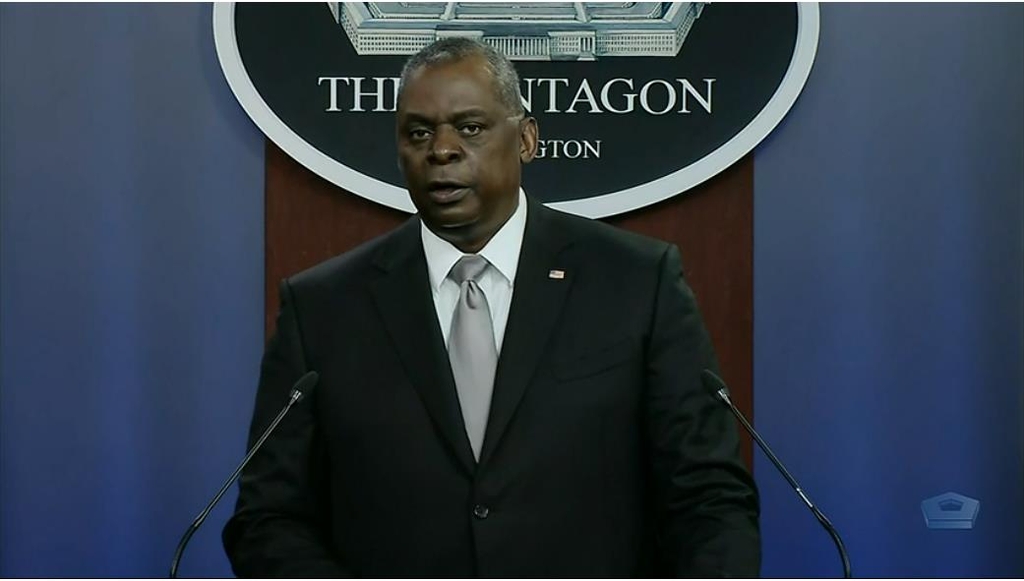 His remarks came one day after he and his NATO counterparts held their first ministerial talks since Austin took office last month.

They also come amid a U.S. global defense posture review that may lead to changes in the number of U.S. troops stationed in each region.

In speaking about a possible troop withdrawal from Afghanistan, Austin said that such a move will not come as a surprise to allies, regardless of what decision is made.

"I told our allies that no matter what the outcome of our review, the United States will not undertake a hasty or disorderly withdrawal from Afghanistan that puts their forces or the alliance's reputation at risk," he said. "As we move forward in our review, we will consult with our NATO allies."

The U.S. currently has some 28,500 troops on the Korean Peninsula.

Many believe the U.S. may seek to increase its presence in the Indo-Pacific as a result of the ongoing defense posture review, partly to support its diplomatic efforts in facing an increasingly assertive China in the region.

"I applaud NATO's work on China, and I made it clear -- (the) United States is committed to defending the international rules-based order, which China has consistently undermined for its own interest," said Austin.