WASHINGTON, Feb. 19 (Yonhap) -- Any U.S. effort to denuclearize North Korea will not be as effective without the support and close cooperation of both South Korea and Japan, a U.S. State Department official said Friday, highlighting the importance of the two U.S. allies working together.

Ned Price, press secretary at the State Department, also said three-way cooperation between the countries is important to promoting their shared values in the Indo-Pacific region.

"We know that any approach to North Korea, one that puts denuclearization at the center as we plan to do, won't be effective if we are not working in tandem with our Japanese and Korean counterparts," Price told a telephonic press conference. 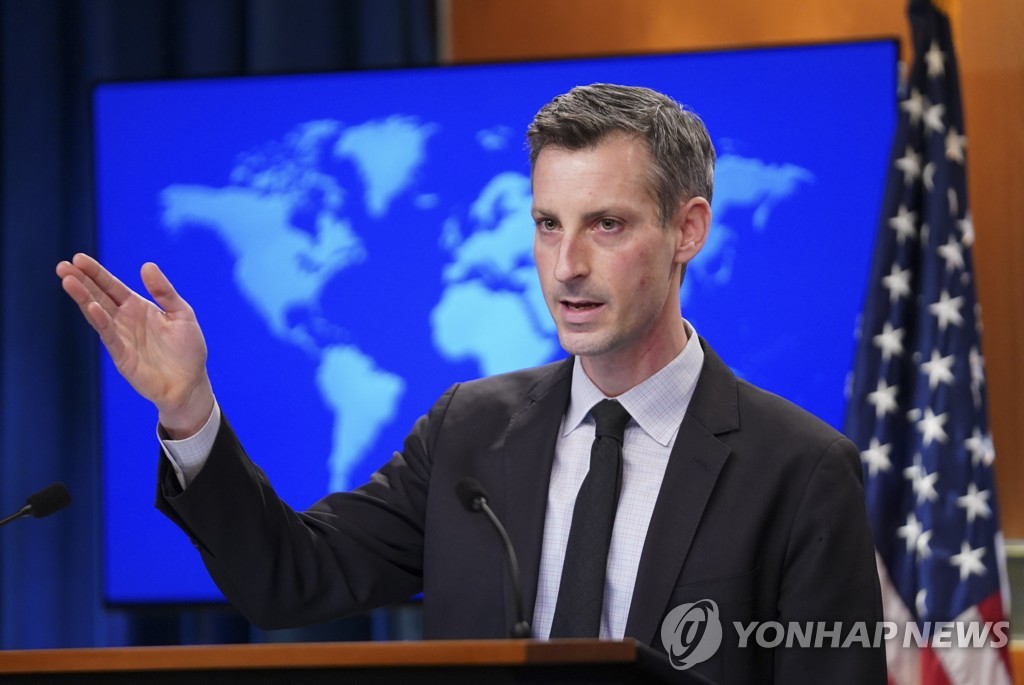 The U.S. is undergoing a review of its North Korea policy that it says will lead to a new U.S. approach toward the North Korean nuclear issue.

Price, however, has said a new approach would only be as effective and important as bringing U.S. allies, including South Korea and Japan, to the same page as the U.S.

His latest remarks also come amid soured relations between the two U.S. allies in Asia.

Seoul-Tokyo relations have steadily deteriorated since mid-2019, when Japan took a series of punitive economic measures against South Korea in protest against a Seoul court ruling that ordered Japanese businesses to pay compensation to Korean workers forced into free labor during World War II.

Such measures included Japan's removal of South Korean from its list of trusted trade partners, as well as restrictions on South Korea-bound shipments of materials used in the production of semiconductors and display panels, both key export items of South Korea.

Price reiterated the importance of trilateral cooperation between the U.S., South Korea and Japan when asked if the country planned to help mend ties between its two allies.

"We value our robust and productive trilateral relationship with Japan and the Republic of Korea, as we work together to promote our shared commitment to freedom, human rights, democracy and the rule of law in the Indo-Pacific region and across the globe," he said.