(ATTN: UPDATES with more details in paras 5, 11)
By Kim Soo-yeon

The country added four more deaths, raising the total to 1,557.

The virus tally was lower than 448 reported Saturday and 561 on Friday.

The fall in daily cases appears to be due to fewer virus tests over the weekend. 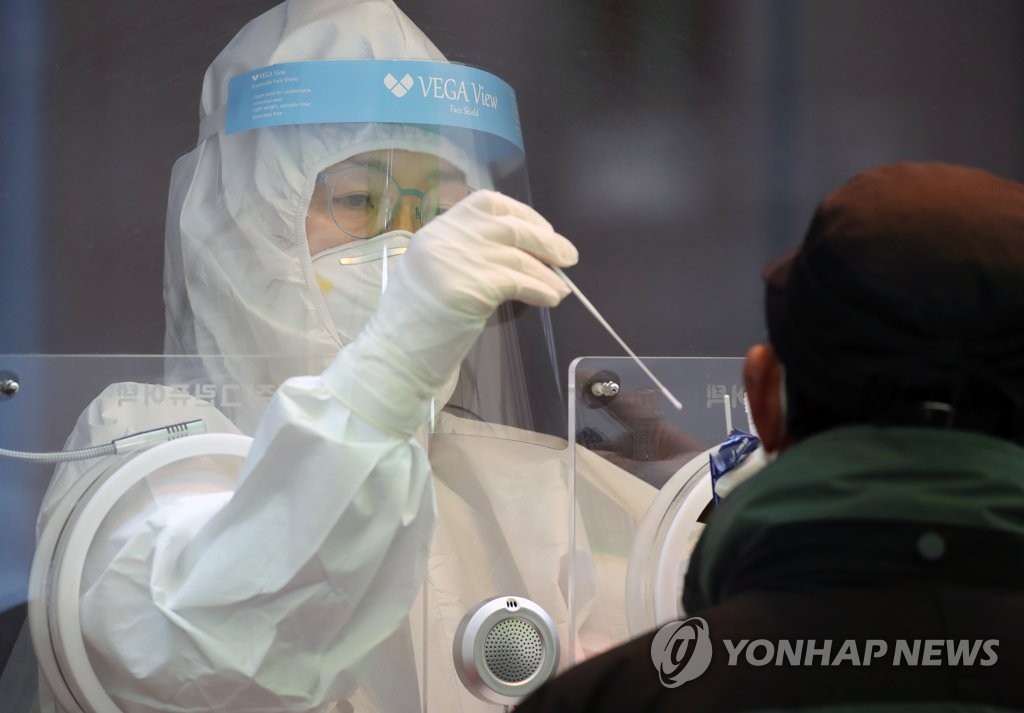 The outbreak of cluster infections at workplaces, hospitals and religious facilities has posed challenges to the country's antivirus efforts amid concerns about the spread of more contagious COVID-19 variants.

After the third wave of the pandemic peaked at a record high of 1,240 on Dec. 25, new virus cases fell to the 300s between Feb. 13-15 due largely to less testing over the Lunar New Year's holiday.

But COVID-19 cases bounced back above 600 on Wednesday and Thursday, sparking concerns about a flare-up in virus infections amid eased social distancing rules.

On Monday, the country relaxed its virus curbs to Level 2, the third highest in its five-tier scheme, in the greater Seoul area, and Level 1.5 in other regions in an effort to help ease economic pain on smaller merchants.

Health authorities warned of a pickup in virus cases tied to holiday traveling, saying that they could tighten the virus restrictions if the number of new cases swells.

The positive rate, the portion of newly infected people against the daily number of people receiving tests, reached 2.01 percent, up from 1 percent the previous day. The rate topped 2 percent for the first time since Jan. 25.

South Korea has been revising the current distancing scheme in a way that minimizes one-size-fits-all business shutdowns. Authorities may not be able to implement the new system in March as planned if the current wave is not brought under control.

The country will begin the COVID-19 inoculation program with AstraZeneca's vaccines on Friday, with first jabs to be administered to staff members and patients under the age of 65 at nursing hospitals and facilities.

Of the locally transmitted cases, 120 additional cases were reported in Seoul and 170 in Gyeonggi Province that surrounds the capital. Incheon, west of Seoul, identified 21 new cases.

The country, meanwhile, added 25 imported cases, increasing the total to 6,894.

The number of seriously or critically ill COVID-19 patients was 155, down from 156 in the previous day.

The total number of people released from quarantine after making full recoveries stood at 77,516, up 433 from a day earlier. 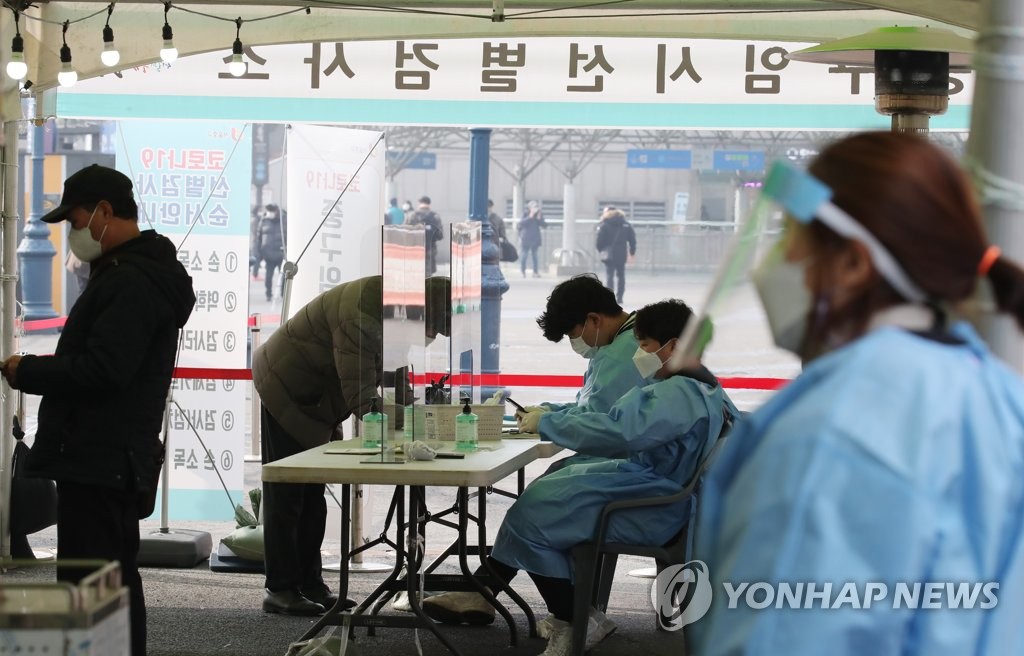