JEONGSEON, South Korea, Feb. 21 (Yonhap) -- Firefighters and government authorities battled a wind-fed forest fire in the northeastern county of Jeongseon for a second day Sunday, with the aim of containing the blaze before noon.

The fire started Saturday on Mount Nochu in the county, some 210 kilometers east of Seoul, at around 3:50 p.m., according to firefighters.

The authorities deployed 11 helicopters, drones and other equipment, as well as 212 personnel from the Korea Forest Service, fire services and police.

The personnel accelerated efforts to extinguish the fire, but their efforts were hamstrung by winds of up to 6.2 meters per second and rough mountain terrain, officials said.

As of 6 a.m. Sunday, the authorities had contained 70 percent of the fire. The fire has affected an estimated 12 hectares of mountain land, with no casualties reported yet.

The authorities said they will put forth all-out efforts to contain the fire and dispatch 14 helicopters on Sunday, with the aim of putting out the blaze by 10 a.m. 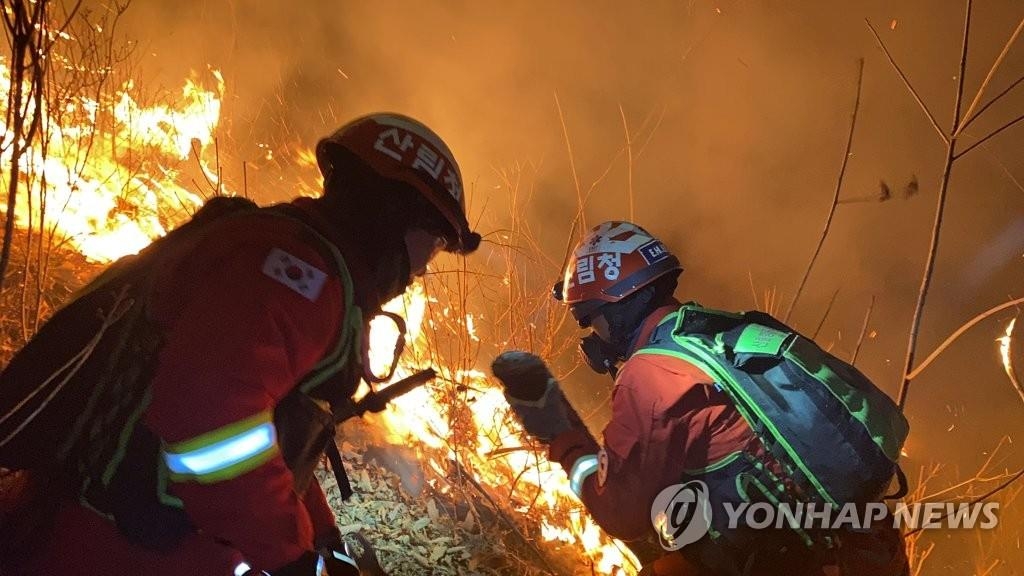