SEOUL, Feb. 21 (Yonhap) -- A North Korean man was caught on military surveillance cameras set up along the east coast at least four times after he swam ashore in the South, but border guards did nothing to stop him, an investigation has found.

Military authorities have been looking into what went wrong with border security after the man was caught on Tuesday about 8 km away from the border inside a restricted area north of the Civilian Control Line in the eastern border town of Goseong.

The man has expressed a desire to defect.

The capture came after he was caught on a CCTV camera near the area, and a key point of the investigation has been to figure out how he ended up there without getting caught and why coastal border guards failed to catch him earlier.

The miliary is expected to announce the outcome of the probe on Monday or Tuesday.

According to sources familiar with the investigation, the North Korean man was caught on CCTV cameras at least four times after arriving at the coast until he passed through a drainage conduit beneath the barbed wire fences set up along the coast to prevent infiltrators.

The military surveillance system is designed to ring an alarm at a unit guarding the area if a moving object is caught on a CCTV camera. The unit is then required to report it to a higher office and dispatch a quick-response team.

But the unit in charge of the area did nothing about the man, which allowed him to move about 5 km for three hours undetected along the scenic Route 7 from the point of his arrival in the South to where he was caught between around 1 a.m. and 4 a.m.

Soldiers guarding the area told investigators they were awake at the time, and authorities grilled them as to why they failed to notice the alarm, including if they turned the alarm off, and if they noticed the alarm, why they did not take action.

Another point of the investigation was to determine how the man was able to pass through the drainage conduit because steel barriers are installed inside all such conduits near the border to prevent infiltrations.

In particular, the military ordered all units guarding the coast in July last year to check on barriers inside drainage conduits after a North Korean defector returned to the North by passing through such a drainage conduit under the western border.

The unit guarding the east coast is suspected of falsely reporting that all conduits were checked on. 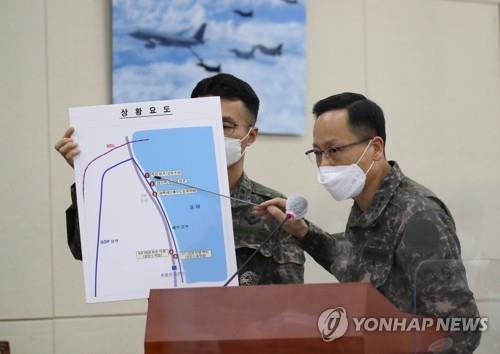