SEOUL, Feb. 22 (Yonhap) -- South Korea's daily new coronavirus cases dipped below 400 on Monday due to fewer tests over the weekend, but a series of cluster infections at plants and hospitals continued to pile up.

The country reported 332 more COVID-19 cases, including 313 local infections, raising the total caseload to 87,324, according to the Korea Disease Control and Prevention Agency (KDCA).

Last week, South Korea reported more than 600 daily virus cases, before the number fell to 561 on Friday. The figure stayed below 500 over the weekend, reaching 448 on Saturday and 416 on Sunday.

Although the figures are far below the record high of 1,240 reported on Dec. 25, health authorities are still concerned that the country may suffer yet another uptick in the number of virus cases in the aftermath of the Lunar New Year's holiday, coupled with the eased social distancing rules in place since last week. 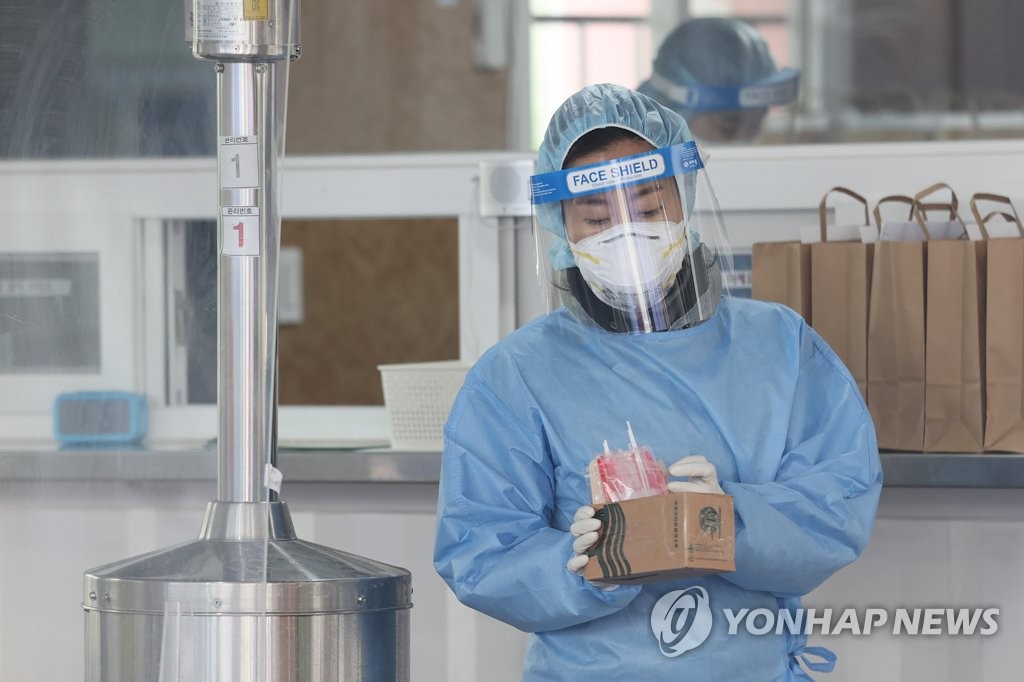 Currently, the Seoul metropolitan area, home to half of the nation's 52 million population, is under Level 2 distancing -- the third highest in a five-tier system -- and other areas at Level 1.5.

The current virus curbs allow restaurants, coffee shops, gyms, nightclubs and bars in Seoul and the surrounding Gyeonggi Province to remain open for an hour longer until 10 p.m.

South Korea plans to revise the current distancing scheme as early as March by simplifying its five-tier virus curbs to ease burdens on small business owners.

But the new social distancing measures may not be applied unless the virus curve sharply flattens. The reproduction rate in the greater Seoul area reached 1.1 last week, indicating that a single COVID-19 patient transmits the virus to more than one person.

Of the 313 locally transmitted cases, 102 cases were reported in Seoul and 116 in the surrounding Gyeonggi Province.

Incheon, west of Seoul, accounted for 18 cases, with the southeastern port city of Busan adding 12 infections. 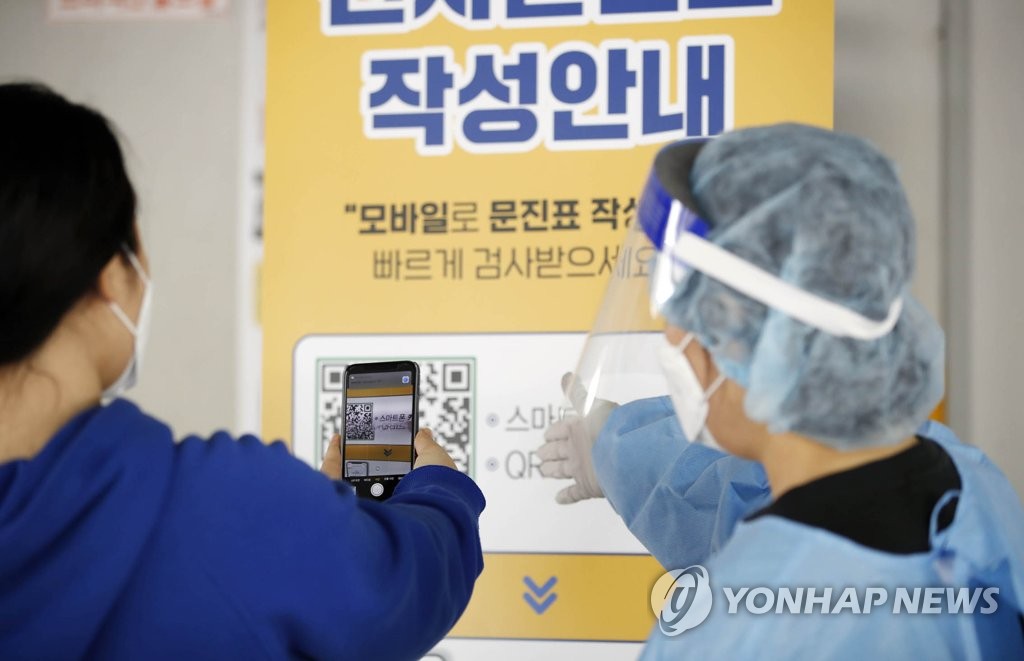 A hospital in central Seoul reported 218 patients as of Monday, up 12 from the previous day.

A manufacturing factory in Namyangju, northeast of the capital city, identified nine more patients as well, raising the total caseload to 171.

At a dancing hall in Seongnam, south of Seoul, a total of 56 COVID-19 cases were found.

Over the past week, the average number of daily cases reached around 454, rising 28.7 percent from a seven-day period earlier. Cluster infections accounted for 28 percent, and 21.9 percent had unknown transmission routes.

Amid growing concerns about the spread of more contagious COVID-19 variants, authorities said they have identified 128 such cases as of Monday. Of the variant cases, those traced to Britain accounted for 103, followed by South Africa with 13.

Imported cases came to 19 on Monday. Of the cases, the United States accounted for six, followed by the Philippines with three.

The number of seriously or critically ill COVID-19 patients was 146, down nine from the previous day.

The total number of people released from quarantine after making full recoveries was 77,887, up 371 from a day earlier.

South Korea plans to launch the COVID-19 inoculation program with AstraZeneca's vaccines Friday, with the jabs to be administered to staff members and patients under the age of 65 at nursing hospitals and facilities.

The country has secured enough coronavirus vaccines to inoculate 79 million people, higher than its population of 51.6 million. It aims to achieve herd immunity by November.

South Korea believes that the country can cope with a reproduction rate of two when at least 70 percent of the population receives jabs. 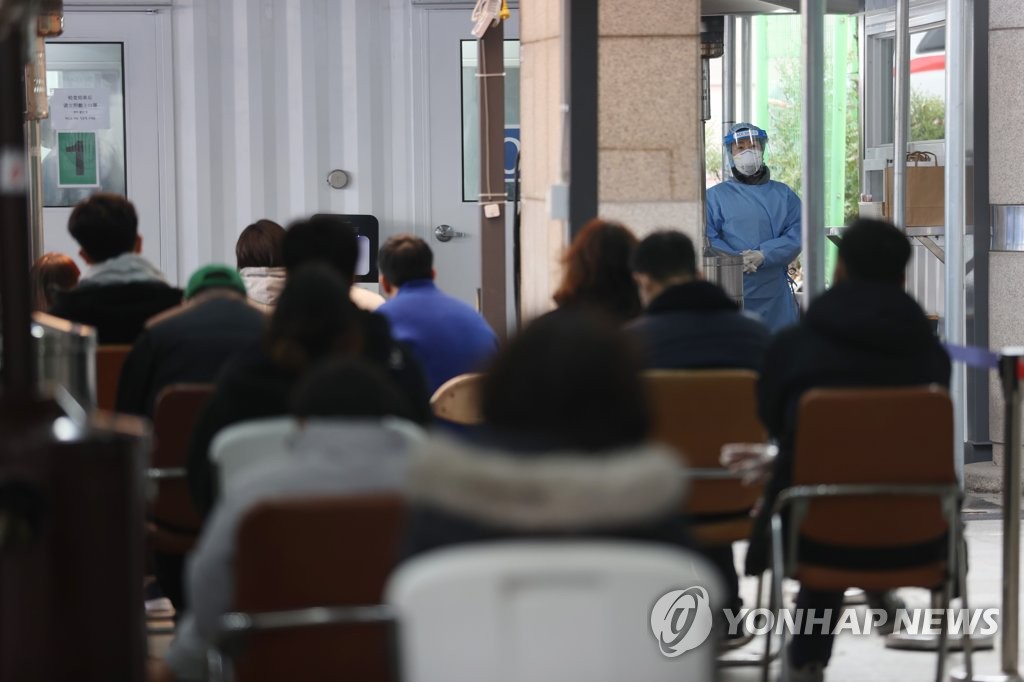