The fires that broke out Sunday engulfed the mountain areas of Andong and Yecheon, North Gyeongsang Province, and burned around 255 hectares of land, equivalent to 357 football fields. 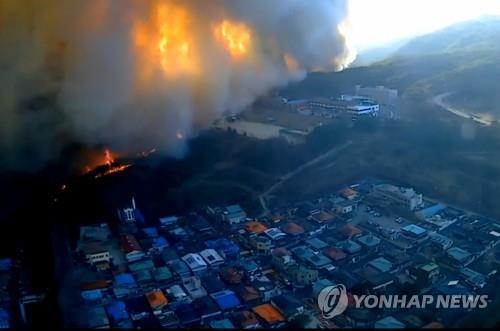 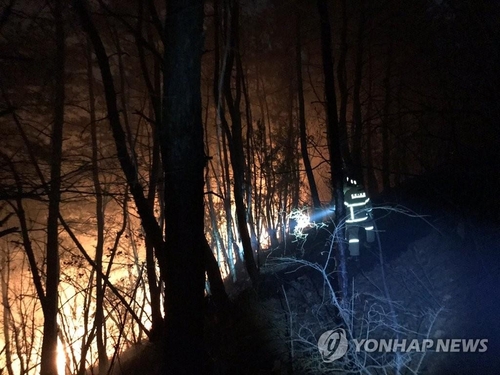 The cities' governments resumed containment operations early Monday, deploying around 2,000 public servants and scores of fire equipment, and put out the remaining flames by around 12:20 p.m.

In Andong, the wildfires started at 3:20 p.m. Sunday, quickly spreading throughout the forests and causing residents to evacuate. At around 4:10 p.m., the fire started in the nearby Yecheon as well. 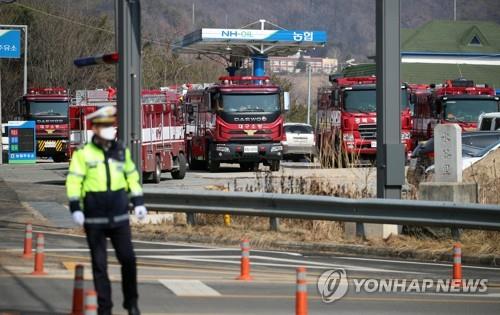 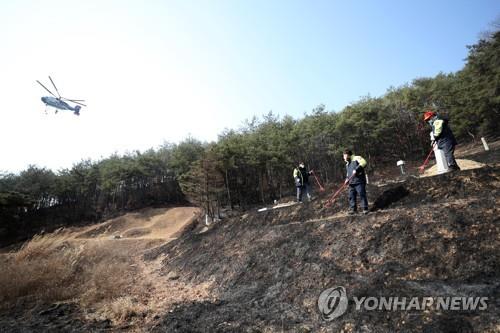 Fire authorities suspect wildfires might have been caused by loads of burning garbage.

While most residents stayed up all night, concerned about whether or not their homes had burned down, there has been no reports of casualties thanks to swift evacuation orders, fire and forest authorities said.

By Monday afternoon, still many residents could not return to their homes and were temporarily staying at community facilities and a camping site.

"My legs are still wobbly. Fires came so close to my house, and there were flying embers everywhere. I might not have survived if I had tried to escape five minutes later," said Kim Man-ja, a resident of Andong. 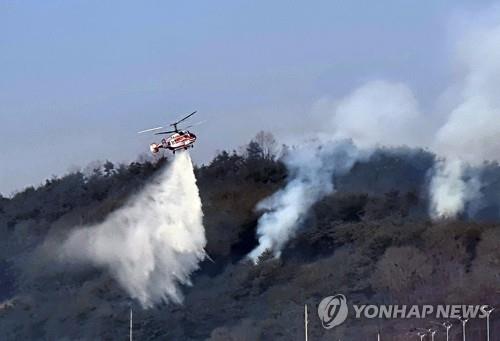 Fire authorities will investigate the exact cause of the fires, after completely putting out the remaining fire.

Meanwhile, the authorities warned that people should stay vigilant about wildfires in the coming months, as 6 to 7 such fires out of 10 occur during spring, usually a very dry season with shifting winds. 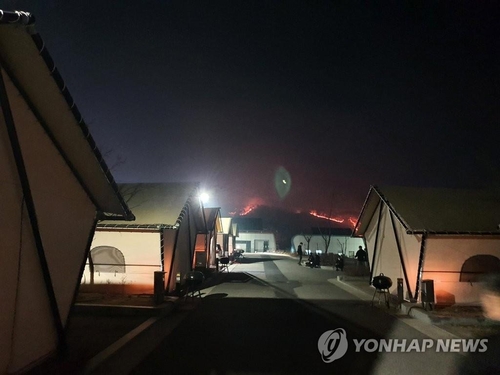