The party was held Feb. 13 near Osan Air Base in Pyeongtaek, 70 kilometers south of Seoul, and attended by 19 foreigners and two South Koreans, according to officials at the Pyeongtaek city government. The service member works on the base. 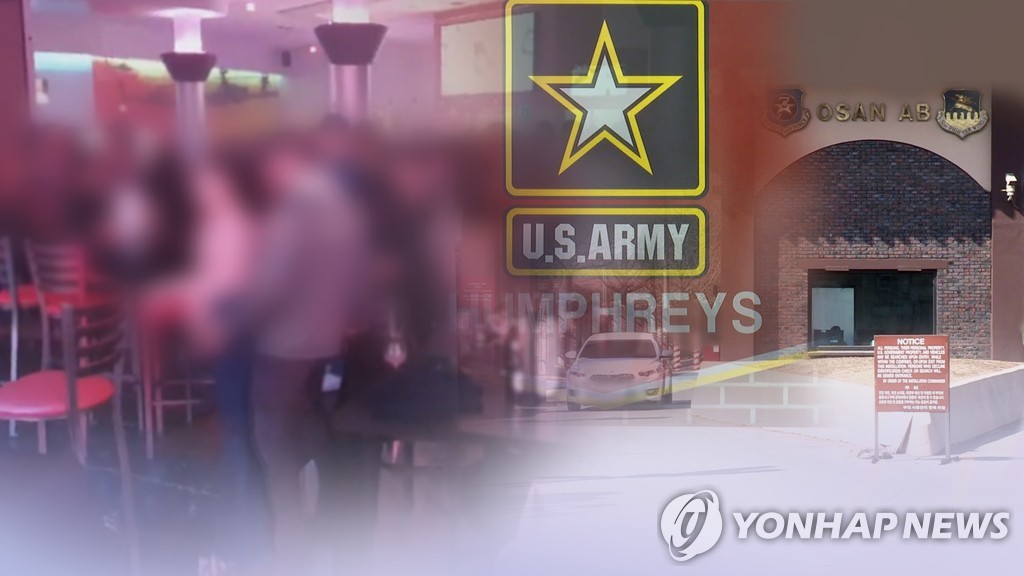 Police have been asked to locate two of the attendees, whose whereabouts are currently unknown, the officials said. The other 10 tested negative.

The group met on Instagram and gathered from across the country, including North Gyeongsang, South Chungcheong and Gyeonggi provinces.

The first patient was confirmed Wednesday, and the infection route has yet to be determined, according to the officials.

The city government plans to conduct an epidemiological survey and fine the attendees for breaching a nationwide ban on private gatherings of five or more people, which has been in place since early January to curb the third wave of the coronavirus pandemic in the country.

Under the Infectious Disease Control and Prevention Act, those who violate the ban could face a fine of up to 100,000 won (US$91).

USFK confirmed that an airman stationed at the Osan base recently tested positive for the virus but said it would be "speculative to assess where the individual contracted the virus."

"Any type of event, either on or off-installation, that are inconsistent with USFK core tenets and COVID-19 health protection mitigation measures do not reflect our commitment to mitigating the spread of the virus and will not be condoned," the U.S. military said in a statement.

"We remain committed to being good neighbors with the Republic of Korea, and reinforcing USFK's core tenet standards that continue to protect both ROK and USFK communities."