It has apparently removed a potential snag in Moon's presidency that has entered the home stretch. Shin is his de-facto point man on both the justice ministry and the prosecution service amid lingering political disputes over prosecution reform. 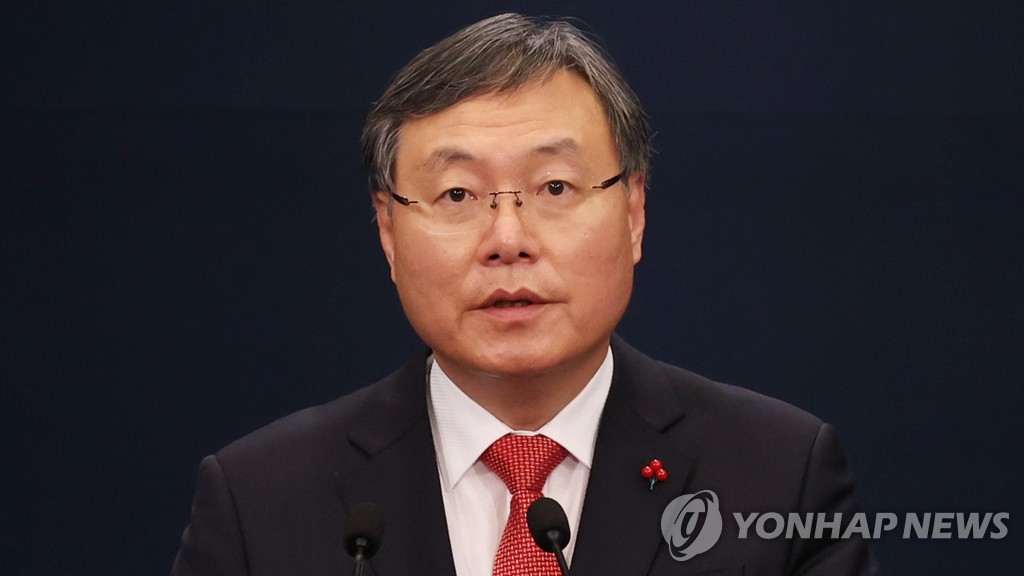 Shin believes his opinions and suggestions on the shake-up have been ignored, with Lee Sung-yoon, head of the Seoul Central District Prosecutors Office, kept in his position. Shim Jae-cheol, widely considered close to former Justice Minister Choo Mi-ae, was promoted to the post of leading the Seoul Southern District Prosecutor's Office.

Shin had also reportedly recommended that some relegated high-ranking prosecutors regarded as confidants to the recalcitrant chief prosecutor, Yoon Seok-youl, be reinstated, which was dismissed.

Yoon, known for his stand-offs with the ruling bloc, has emerged as a representative figure for conservatives critical of the Moon administration.

Media reports of rifts between Yoon and the justice ministry, which peaked when Choo was in office, have apparently posed a political burden for Cheong Wa Dae.

Moon's pick of Shin, formerly a prosecutor and National Intelligence Service official, less than two months ago was viewed by many as reflecting his attempt to "embrace" the prosecution service and focus on overcoming the COVID-19 crisis and improving the livelihoods of the people, no longer distracted by wrangling over prosecution reform. Moon's key policy slogan this year is "inclusive recovery."

As the first senior presidential secretary for civil affairs and justice with a prosecution career under the Moon administration, Shin is tasked with playing a bridging or mediating role between Yoon and Cheong Wa Dae, as well as the justice ministry.

He worked with Moon at Cheong Wa Dae under the Roh Moo-hyun administration in the 2000s. He then served as a legal aide to Moon during his presidential campaign.