SEOUL, Feb. 22 (Yonhap) -- President Moon Jae-in called Monday for efforts to offer another batch of emergency cash handouts in March to help people and businesses in trouble amid the COVID-19 pandemic.

Moon reiterated the government's commitment to provide such direct financial support "as broad and thick as possible," speaking at a weekly meeting with his top Cheong Wa Dae aides.

The ruling Democratic Party is seeking supplementary budgets of up to 20 trillion won (US$18 billion) for the program, the fourth of its kind, to help the people mitigate the economic fallout of the coronavirus crisis.

Through a "tailored" approach, not universal, it plans to focus on aiding the self-employed and owners of small shops and other businesses who have been hit hard by COVID-19 restrictions.

The president instructed the government to speed up related preparations in cooperation with the National Assembly so that the relief money can be paid next month, if possible. 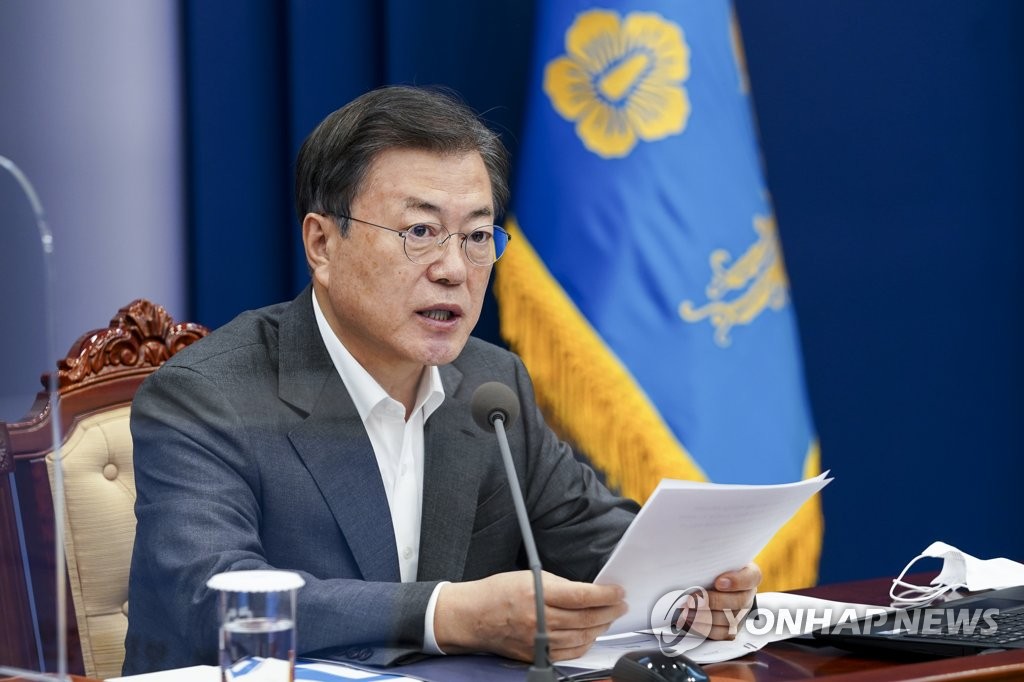 He again stressed the need for an "aggressive" fiscal role in helping the economy recover and addressing the problem of widening income gaps.

The president also assured the public that authorities will gear up thoroughly for COVID-19 inoculations to start later this week.

"(The government) will ensure that vaccine shots will go ahead swiftly, safely and systemically in accordance with priorities, including employees at (long-term) care hospitals and facilities as well as patients there," he said during the opening remarks that pool reporters were allowed to cover.

South Korea plans to offer the initial round of vaccinations on Friday with more to come in stages.

With elementary, middle and high schools nationwide scheduled to resume in-person classes with the opening of the spring semester next week, he emphasized that there should be no let-up in antivirus measures.

Meanwhile, Moon lauded some venture startup entrepreneurs here for their decision to donate part of their assets to society.

Kakao Chairman Kim Beom-soo recently announced a plan to donate more than half of his wealth reportedly worth around 10 trillion won.

Another well-known businessman, Kim Bong-jin, who founded local delivery app operator Woowa Brothers, also said he and his wife would join the Giving Pledge campaign of the world's wealthiest individuals and families dedicating more than half of their assets to philanthropic projects.

"It's very meaningful that those venture entrepreneurs, symbolic of innovation and challenge, are creating a new donation culture," Moon said, calling it a "positive change" toward the spread of corporate social responsibility. 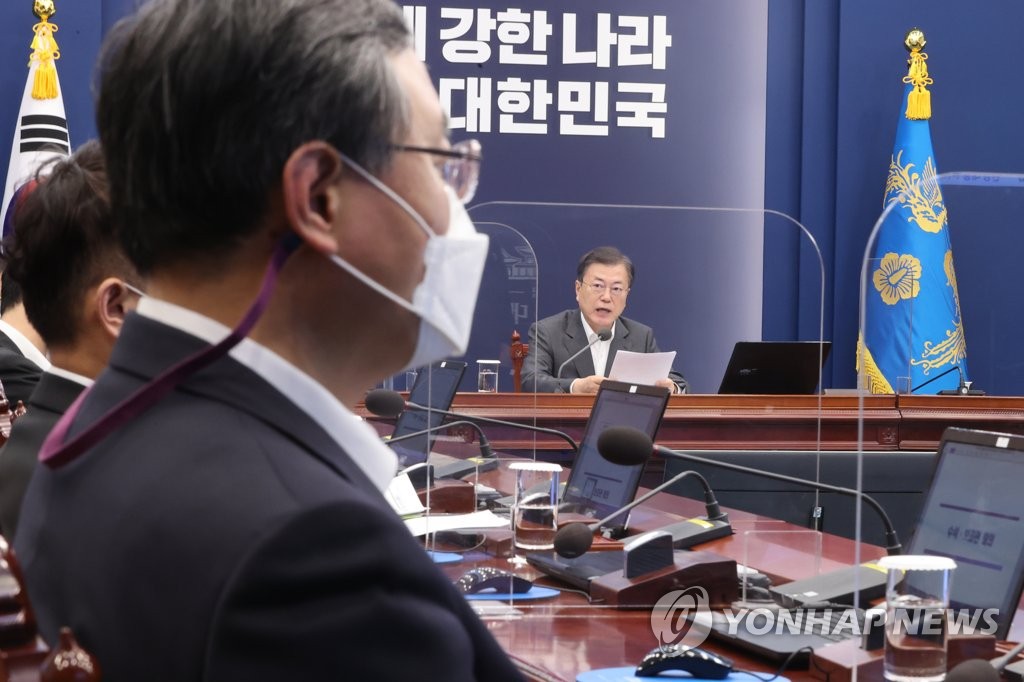