A B777-200 plane suffered an engine failure after taking off for Honolulu on Saturday (local time), with an engine cowling and other parts from the plane found to be scattered on the ground in Denver, according to foreign media reports.

The United Airlines, Inc. flight reportedly landed safely without any injuries on the plane or the ground.

Korean Air currently operates six out of 16 B777 jets with the same type of engine on routes to Japan and Southeast Asia, and Asiana runs seven out of nine B777s on short and mid-haul routes to meet business travel demand.

"We are in consultations with Boeing and the transport ministry on the suspension of the planes. There is no recommendation from the authorities to halt the planes' operation," a Korean Air spokeswoman said.

Asiana has voluntarily grounded nine B777 jets mated with the Pratt & Whitney PW4000 engine since Monday afternoon. Korean Air is expected to ground some B777 jets from late Monday or early Tuesday.

Jin Air Co., the budget carrier unit of Korean Air, operates four B777 planes on domestic routes. The carrier said it awaits a recommendation from the ministry.

Local airlines have suspended most of their flights on international routes since early last year as countries strengthen entry restrictions to stem the spread of COVID-19 pandemic.

The U.S. National Transportation Safety Board (NTSB) began an investigation into the accident. The NTSB will focus on what caused the engine failure, the reports said. 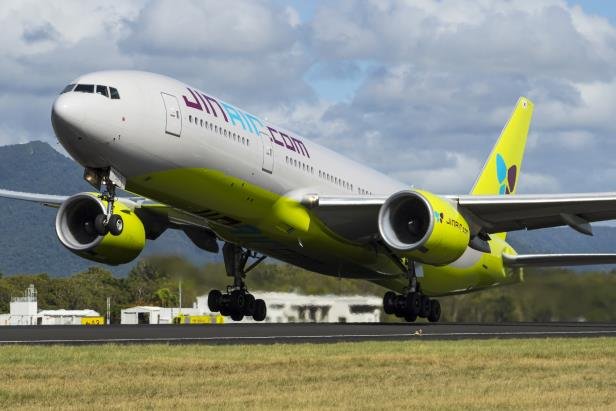