The defense project promotion committee held a videoconference, presided over by Defense Minister Suh Wook, and approved the plan to build a 30,000-ton-class light aircraft carrier with indigenous technologies, according to the Defense Acquisition Program Administration.

Around 2.03 trillion won (US$1.82 billion) is expected to be spent to build the ship, though the amount is pending approval from the finance ministry and the parliament, the agency said. It is pushing to complete the feasibility study by the finance ministry by August.

"Once the parliament approves the budget, we will be able to push forward with a detailed plan," an agency official said.

Critics and some lawmakers have raised questions about the usefulness and cost-effectiveness of the project, but the military gave the green light to push for the plan in December.

Announcing the meeting results, the agency said the procurement plan is aimed at better responding to various security threats and deterring provocations in waters where conflicts are expected.

The committee also approved a plan to upgrade the mobile TPQ-36/37 radars and to domestically develop a new combat system for the KDX-II destroyer, it said. 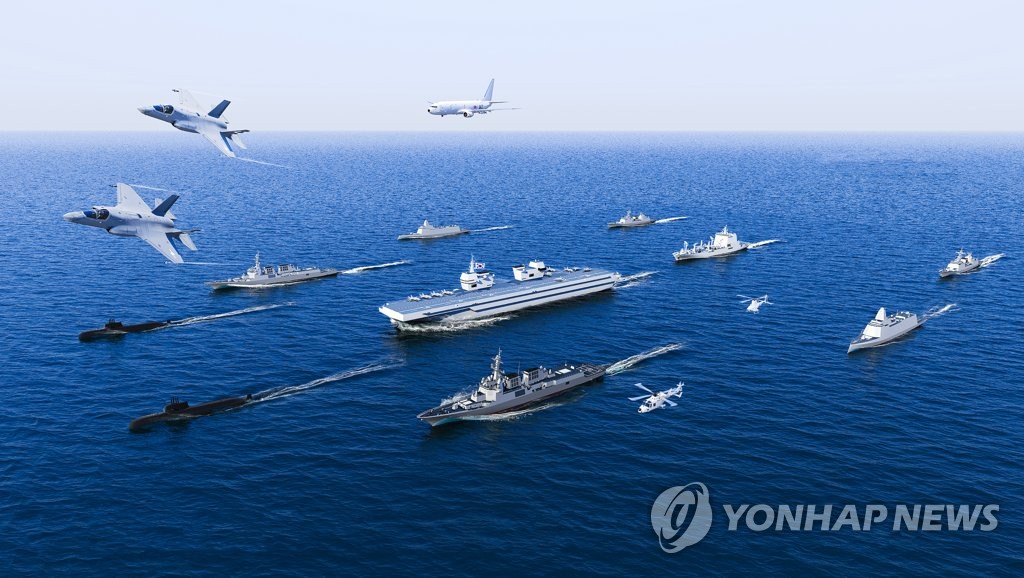