SEOUL, Feb. 23 (Yonhap) -- South Korea's economy is expected to stage a modest recovery, supported by exports and investment, but its job markets would recover at a slow pace as the coronavirus pandemic continues to hit the service sector, the head of the Bank of Korea (BOK) said Tuesday.

In a report to the National Assembly, BOK Gov. Lee Ju-yeol repeated that the central bank will continue its easing of the monetary policy to prop up the pandemic-hit economy.

"The domestic economy continues to show a trend of modest recovery, mainly due to exports and investment, while consumption remains sluggish," Lee told lawmakers.

Inflationary pressure remains weak as the pandemic weighs on consumer prices, but consumer prices are likely to rise above 1 percent as the economy recovers at a modest pace, Lee said. 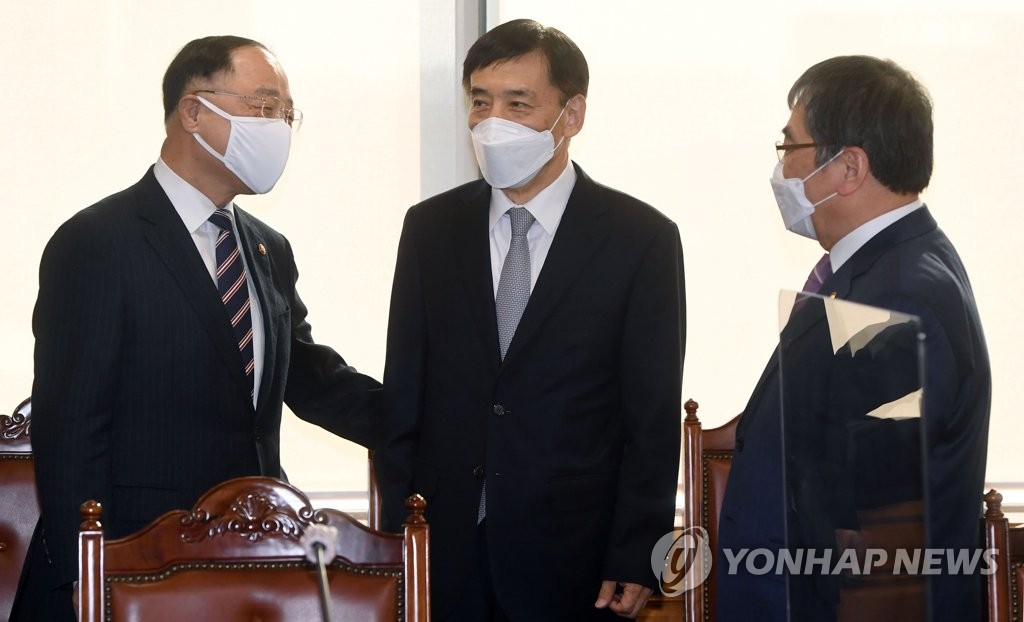 Experts said a rate freeze is anticipated this week, as economic uncertainty lingers amid a fresh surge of virus cases, while booms in asset markets, including the housing and stock markets, have warranted a close watch.

In a survey by Yonhap Infomax, the financial news arm of Yonhap News Agency, all 15 analysts polled predicted the BOK will freeze the base rate at its rate-setting meeting Thursday.