SEOUL, Feb. 23 (Yonhap) -- South Korea's daily new coronavirus cases stayed below 400 for the second straight day Tuesday on fewer tests over the weekend, but authorities are vigilant over the rising reproduction rate amid eased social distancing measures and an increase in the number of patients infected with COVID-19 variants.

The country reported 357 more virus cases, including 330 local infections, raising the total caseload to 87,681, according to the Korea Disease Control and Prevention Agency (KDCA).

On Monday, South Korea reported 332 cases, the lowest in a week. It marked a sharp decrease from more than 600 daily virus cases reported last week, before falling below 500 over the weekend.

Despite a slowdown in virus cases, health authorities are still concerned over the rise in the reproduction rate of the virus estimated at 1.12, which indicates that a single COVID-19 patient transmits the disease to more than one person. It hovered below 1.0 in January. 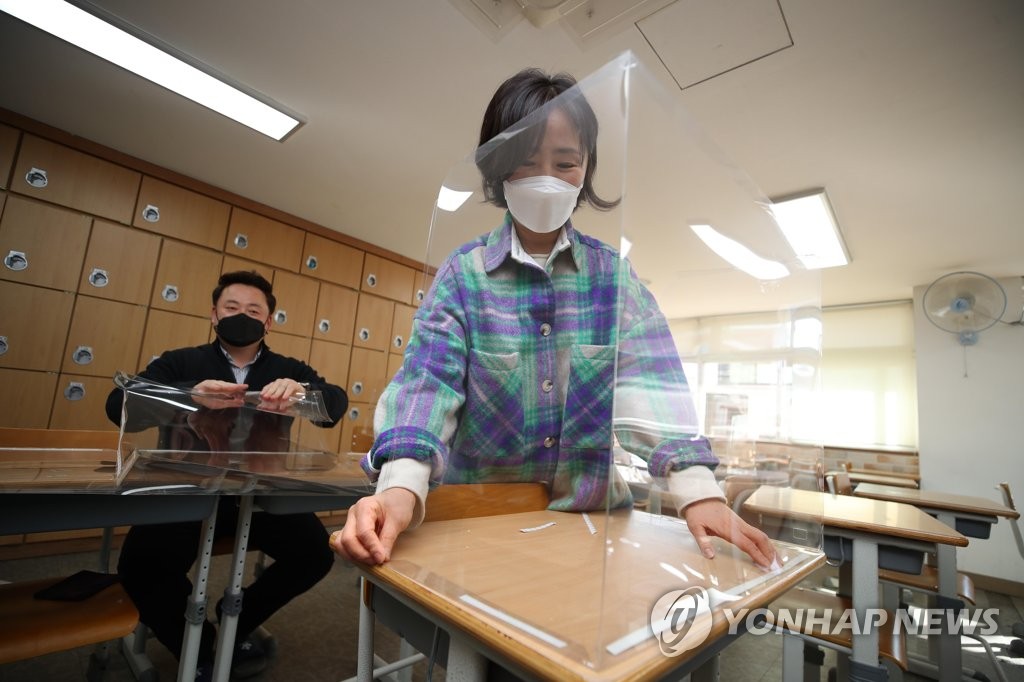 South Korea has been closely monitoring the aftermath of the eased social distancing scheme in place since last week.

The Seoul metropolitan area, home to half of the nation's 52 million population, is currently under Level 2 distancing -- the third highest in a five-tier system -- and other areas at Level 1.5. They were each revised down by a notch.

Under the virus curbs, restaurants and bars in Seoul and the surrounding Gyeonggi Province are allowed to remain open for an hour longer until 10 p.m.

Authorities, however, are still worried that the Lunar New Year's holiday, which ran from Feb. 11 to 13, may have led to more transmissions via asymptomatic patients.

"The number of daily COVID-19 cases is expected to climb later this week, considering the effect (of fewer tests on the weekend) weakens," a health official said.

South Korea plans to decide whether to maintain or lower current social distancing guidelines later this week, as the current scheme is set to end Sunday. 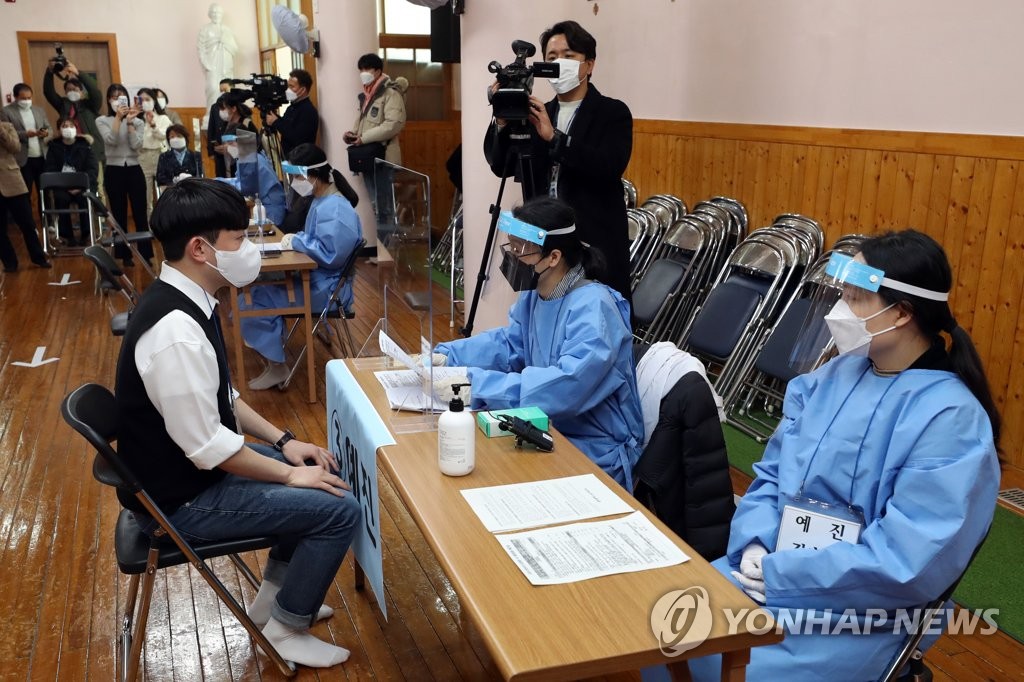 COVID-19 variants are among major hurdles for the country's virus fight as well. So far, the country has identified 128 such cases, with those traced to Britain accounting for 103.

The country, meanwhile, plans to launch the first COVID-19 inoculation program with AstraZeneca's vaccine Friday, with the jabs to be administered to staff members and patients under the age of 65 at nursing hospitals and facilities.

The first batch of Pfizer's vaccine will be offered to medical staff members starting Saturday as well. South Korea hopes to reach herd immunity by November.

Of the 330 locally transmitted cases reported Tuesday, 118 cases were reported in Seoul and 122 in the surrounding Gyeonggi Province. Incheon, which lies west of the capital city, added 12 more cases. 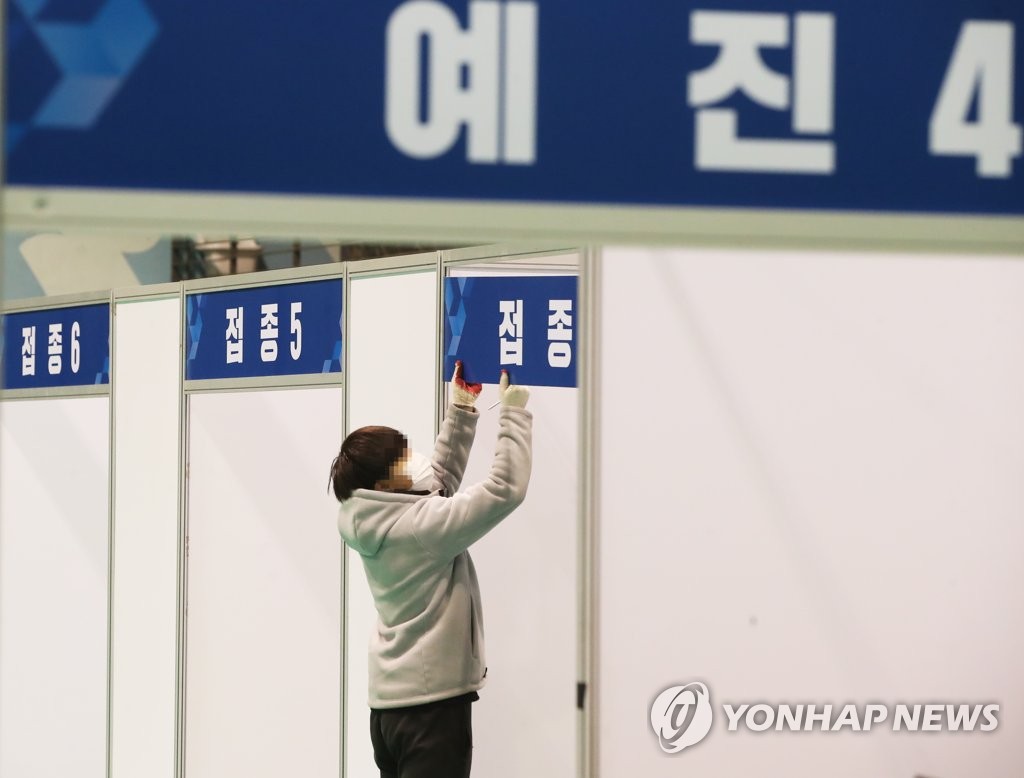 Cluster infections lingered across the nation, with a hospital in central Seoul reporting 218 patients so far, while a manufacturing factory in Namyangju, northeast of the capital city, identified 171.

Additional imported cases came to 27, raising the total caseload to 6,940.

Of the imported cases, the United States accounted for eight, followed by France with three. India, Russia and Indonesia took up two cases each.

The number of seriously or critically ill COVID-19 patients was 148, up two from the previous day.

The total number of people released from quarantine after making full recoveries was 78,394, up 507 from a day earlier. Around 89 percent of the COVID-19 patients reported here were cured.