SEOUL, Feb. 23 (Yonhap) -- Workers at a major steel plant in North Korea held a rally to firm up their commitment to meet their production target and call for nationwide efforts to achieve the first-year goal of the country's five-year economic development scheme, state media reported Tuesday.

The rally held Monday at the Hwanghae Iron and Steel Complex came after leader Kim Jong-un criticized officials at a recent party meeting for showing "passive and self-protecting tendencies" in setting this year's goals and urged increased production of iron, steel and chemical fertilizer.

"The workers of the complex called on all the working people across the country to take an active part in the all-people and all-out onward campaign, death-defying campaign for defending the authority of the Party and glorifying the era of our state-first principle all over the world," according to the Korean Central News Agency (KCNA).

"The production of iron and steel has to be doubled this year in comparison with last year, but the complex will attain this year's goal without fail by carrying forward the patriotism and loyalty," KCNA said.

The workers said that time has come "for us to give full play to the great might and abounding zeal" for the ruling Workers' Party and called for "going all out for the implementation of the first-year tasks of the five-year plan" disclosed at last month's party congress.

They also urged workers in metallurgical, chemical and electrical power industries to ramp up production and meet their respective targets set for this year.

North Korea unveiled the new five-year economic development plan at the eighth congress of the Workers' Party last month, with a focus on self-reliance.

A series of street rallies and meetings of youth, workers and others have been held to demonstrate their strong support for the ruling party that appears to be facing an uphill battle in implementing its new economic development scheme due to the ongoing antivirus fight and biting global sanctions. 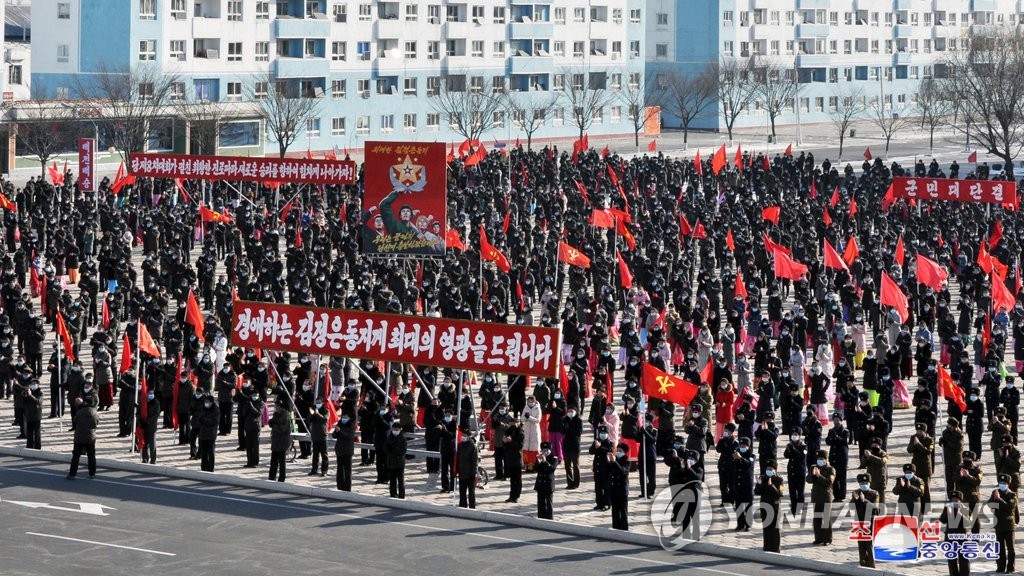