Chung Sye-kyun was warning of stern measures, including the so-called "one-strike, you're out" punishment, amid continued reports of some shops, restaurants and other businesses nationwide breaching a set of rules aimed at curbing the spread of COVID-19.

"At invisible places, there are frequent cases of social commitments being ignored," he said during a daily interagency meeting on the coronavirus response, held at the government office complex in Sejong, 120 kilometers south of Seoul. 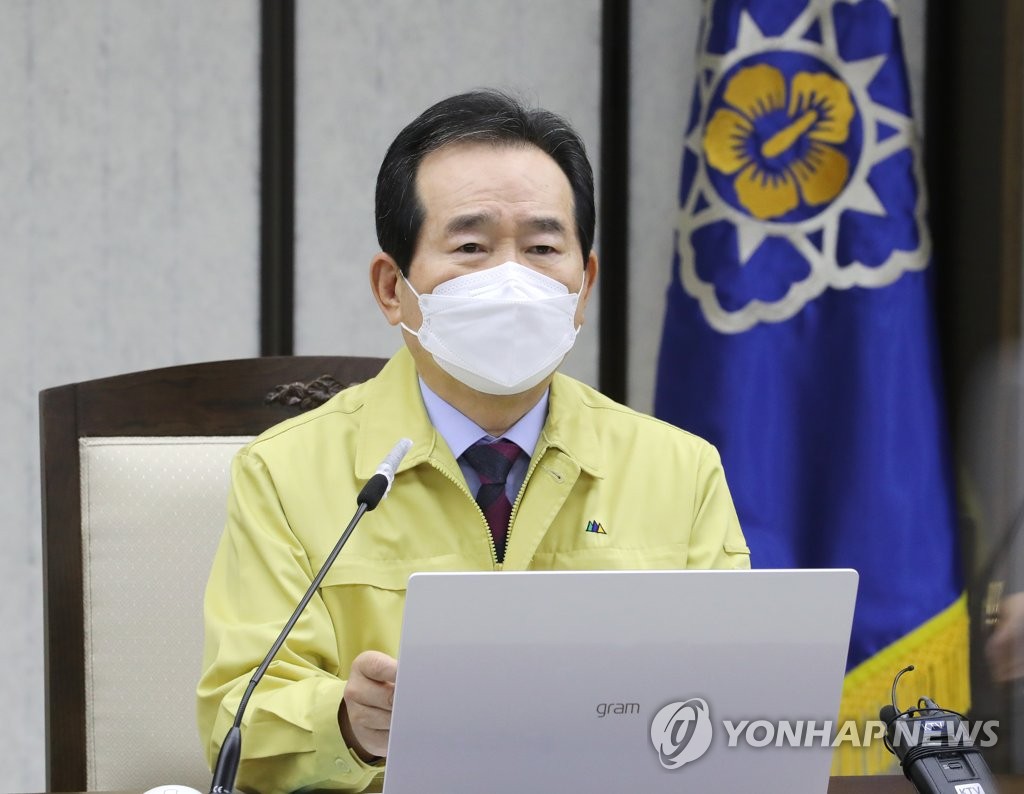 He cited as an instance nightclubs in Seoul that were found to have ignored antivirus rules such as wearing masks, keeping entry logs and limiting the number of entrants during a recent inspection by police and Seoul city officials.

Businesses violating social distancing rules will face the "one strike, you're out" system with no exception and be excluded from the list of beneficiaries of the fourth round of relief money to be paid soon, Chung added.

The government and the ruling Democratic Party have agreed to allocate this year's first supplementary budget to help the vulnerable, especially the self-employed and owners of mom-and-pop shops troubled by the pandemic. The payment is expected to begin as early as in March.

Chung, meanwhile, expressed expectations over the coronavirus vaccinations to start in the country later this week, saying they are like a ray of hope seen at the end of a dark tunnel.

No relief money for violators of antivirus regulations: PM

No relief money for violators of antivirus regulations: PM