SEOUL, Feb. 23 (Yonhap) -- Motional, a joint venture between Hyundai Motor and Aptiv, said Tuesday it has tested self-driving vehicles on public roads in the United States, becoming one of the world's first companies to achieve Level 4 autonomy.

The Boston-based company said it tested multiple autonomous vehicles with and without a safety operator in Las Vegas earlier this month.

The testing was conducted less than three months after the state of Nevada approved the company's testing of its vehicles without a human safety driver.

The testing "consisted of multiple driverless vehicles safely navigating intersections, unprotected turns and interactions with other road users, including pedestrians and cyclists," Motional said in a statement. 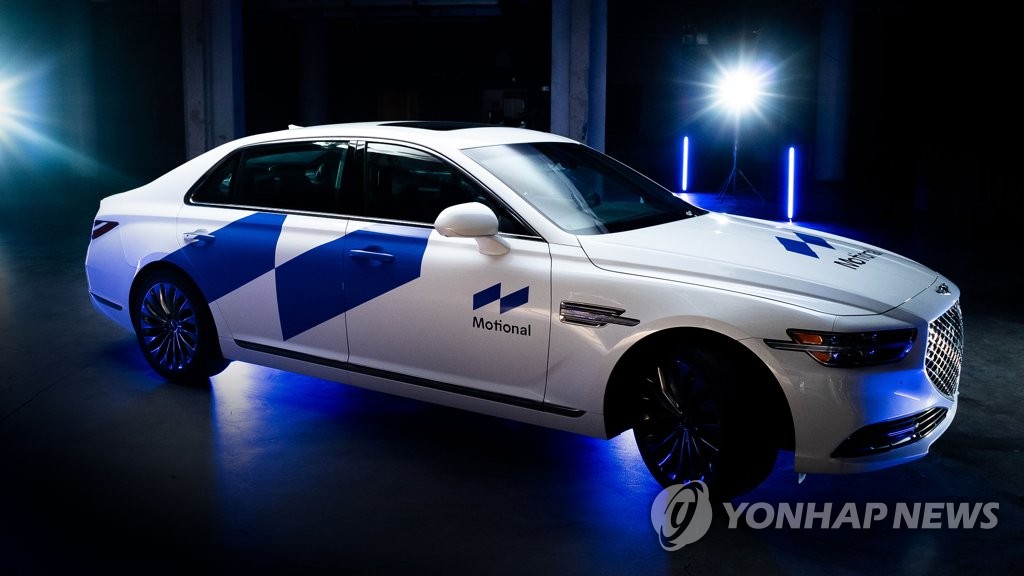 The company said it has accumulated 1.5 million miles of testing and a two-year safety evaluation process that took hundreds of employees more than 100,000 hours to complete and received an external review ahead of the testing.

Motional is one of a handful of companies that have deployed fully driverless vehicles, known as Level 4 autonomous vehicles, on public roads.

Motional said it will be able to launch a commercial robotaxi service on select routes by 2023 in partnership with the ride-sharing platform Lyft.