SEOUL, Feb. 23 (Yonhap) -- South Korea's imports of onions grew more than fourfold in the first two months of 2021 from a year earlier, as the long rainy season and a series of typhoons have dealt a harsh blow on the production.

Imports of onions came to 13,715 tons this year through Wednesday last week, rising sharply from 3,027 tons posted over the January-February period of 2020, according to the Ministry of Agriculture, Food and Rural Affairs.

Of the import volume, those from China accounted for 63 percent, trailed by those from Japan with 32 percent.

The local consumer price for a kilogram of onions came to 3,314 won (US$2.98) recently, soaring from the previous year's average of 1,750 won, as the output of the vegetable fell sharply due to the long rainy season.

The ministry expects South Korea to depend heavily on imported goods through early April, when this year's harvest of onions begins.

South Korea plans to expand monitoring on local retailers and wholesalers to prevent them from manipulating the country of origin. 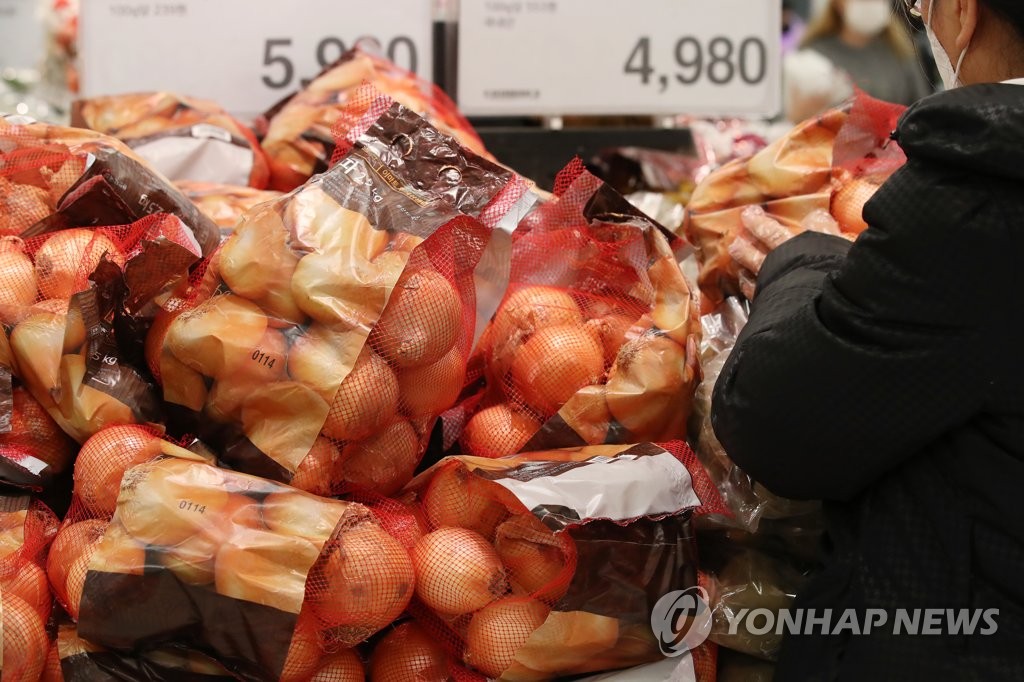