SEOUL, Feb. 23 (Yonhap) -- The Iranian assets locked in South Korea will be released after consultations with the United States, the foreign ministry said Tuesday, after Iran claimed it has reached a deal with Seoul on how to transfer and use the frozen money.

According to Iran's government website, the agreement was reached Monday (Tehran time) during the meeting between Iran's Central Bank Gov. Abdolnaser Hemmati and South Korean Ambassador to Iran Ryu Jeong-hyun.

Tehran has been pressuring Seoul to unblock about US$7 billion of its assets frozen in two South Korean banks due to U.S. sanctions. Seoul has been in talks with Washington on ways to release the money without violating the sanctions, including expanding humanitarian trade with the Middle Eastern country.

"Our government has been in talks with Iran about ways to use the frozen assets, and the Iran side has expressed its consent to the proposals we have made," the foreign ministry said without providing further details of the proposals.

"The actual unfreezing of the assets will be carried out through consultations with related countries, including the United States," the ministry said. 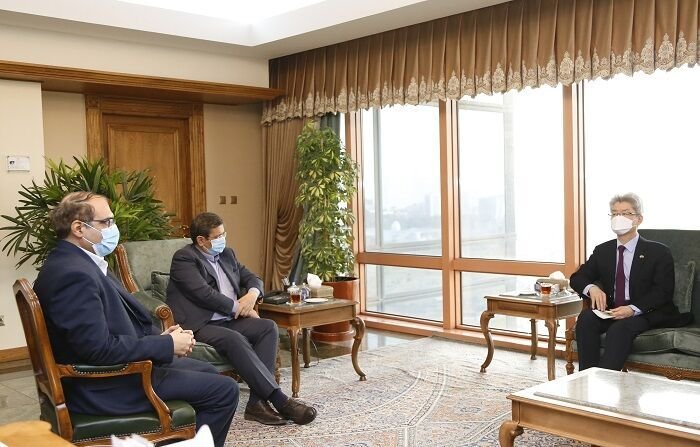 Foreign ministry says Iran's assets to be unlocked through consultations with U.S.

Foreign ministry says Iran's assets to be unlocked through consultations with U.S.