Choo has signed with the new Korea Baseball Organization (KBO) club to be owned by Shinsegae Group, the retail giant announced Tuesday. Shinsegae will take over the SK Wyverns from the mobile carrier SK Telecom, with the new club name and uniform to be unveiled sometime next month.

Shinegae said Choo agreed to a 2.7 billion-won (US$2.4 million) contract and that he has offered to donate 1 billion won of that to charity. 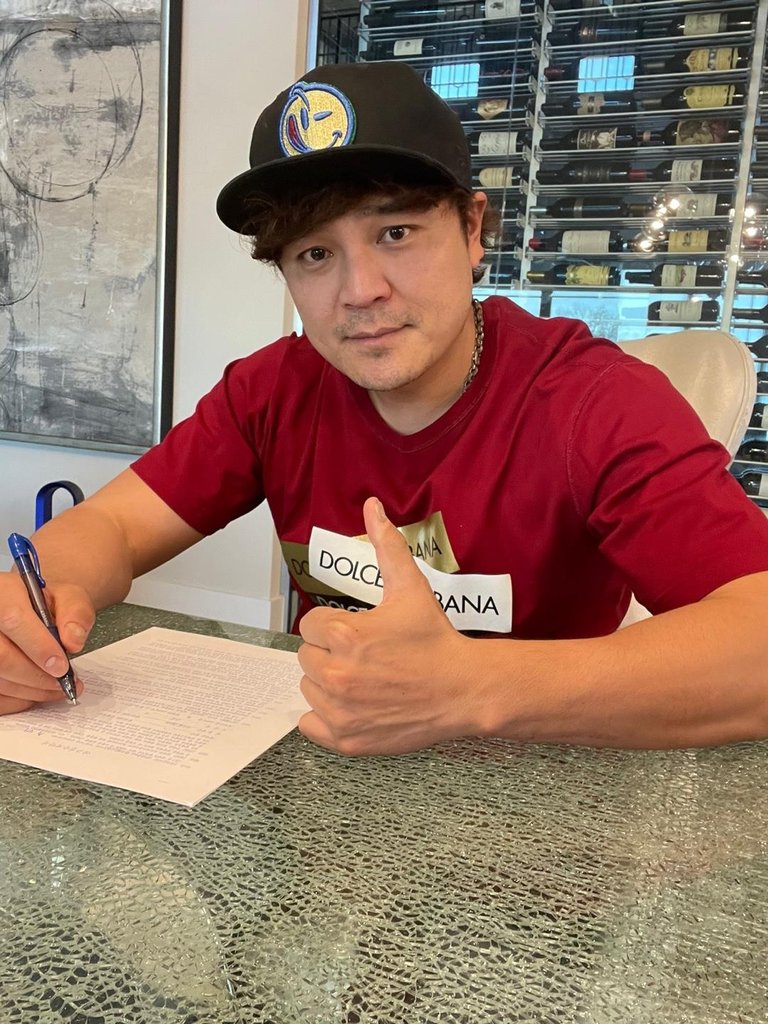 Choo's annual salary is the largest in KBO history, surpassing the 2.5 billion won earned by Choo's childhood friend, Lee Dae-ho, in 2020 for the Lotte Giants.

Choo, 38, spent 16 seasons in Major League Baseball (MLB). After signing with the Seattle Mariners out of high school as a pitcher in 2000, Choo made his big league debut as an outfielder with the same club in 2005. He also went on to play for the Cleveland Indians, Cincinnati Reds and lastly Texas Rangers.

Choo became a free agent after his seven-year deal with the Rangers expired following the 2020 season.

The Wyverns owned rights to Choo following a special draft held in April 2007 for overseas-based players, which meant if Choo chose to play in the KBO, he had to play for the Wyverns for at least one season.

Shinsegae announced its purchase of the ballclub last month, and the group immediately went to work on acquiring Choo.

"We heard from our fans who wanted to see Choo Shin-soo play for the team," the group said. "Our negotiations picked up traction last week, and the deal was finalized recently."

Choo said he'd received offers from a few MLB clubs, but he ultimately decided to write a new chapter in his career. 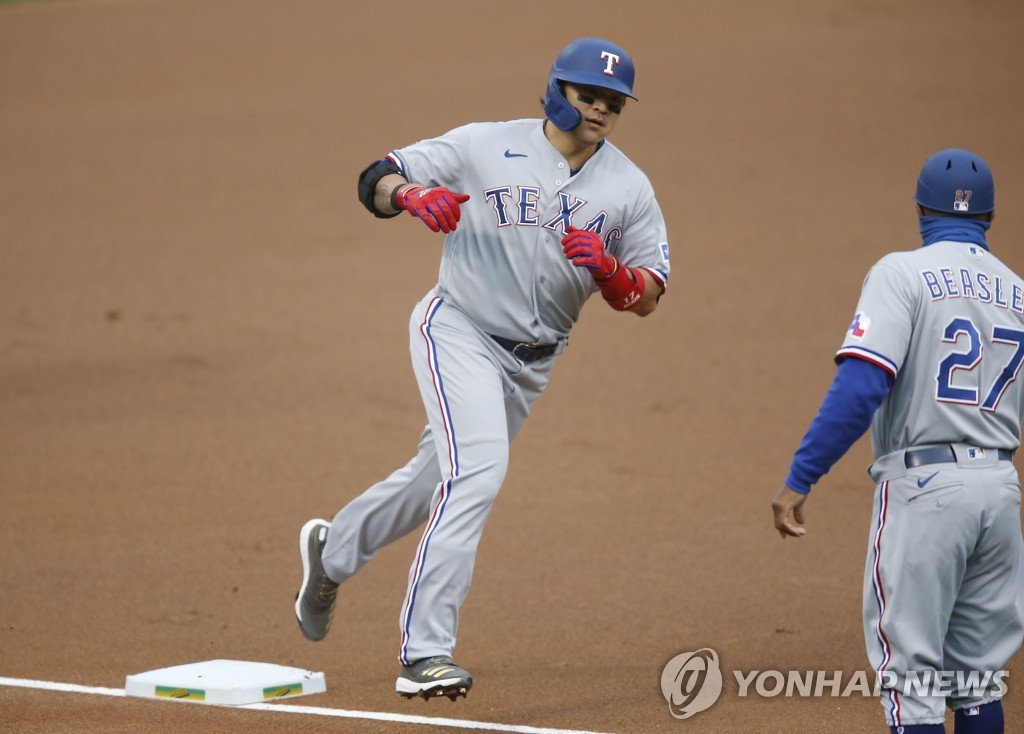 "Playing in Korea was going to be a new turning point, and I had to think long and hard about it," Choo said in a statement released by the team. "The direction that Shinsegae Group will be taking with the new club, and the sincerity that it showed, made the difference for me."

Choo is scheduled to arrive in South Korea on Thursday and will join the ballclub in spring training after serving his 14-day quarantine, mandated for all international arrivals during the coronavirus pandemic.

Choo earned his first and only All-Star selection in 2018, during which he set a franchise record with a 52-game on-base streak. 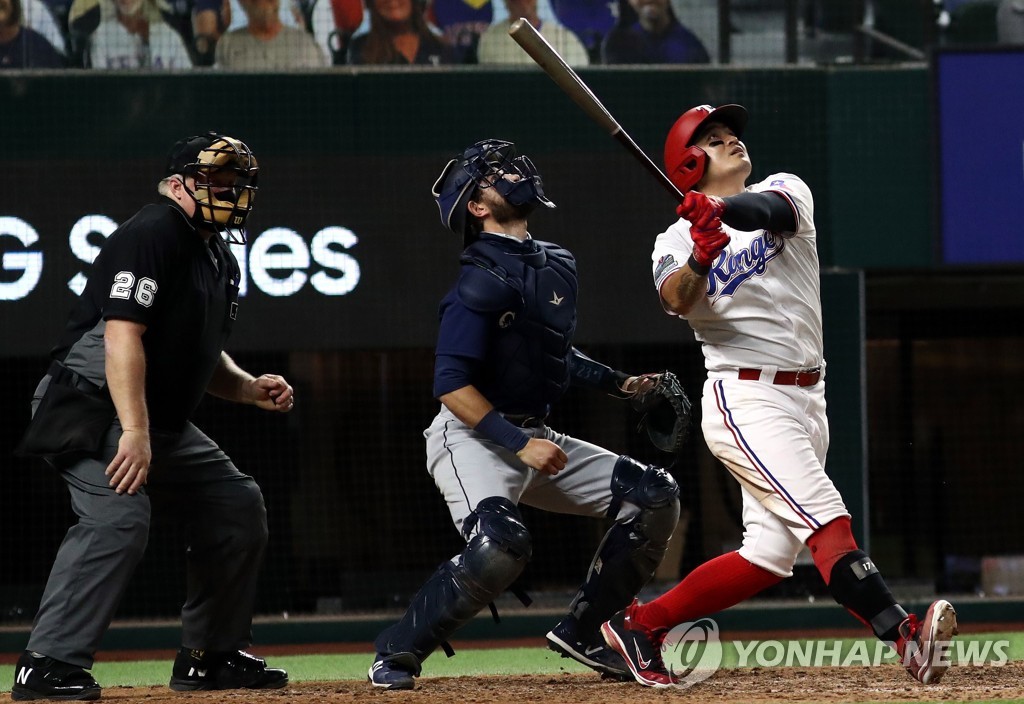 A source close to Choo said the player fielded offers from eight MLB clubs. Two of the clubs are likely bound for the postseason this year, though it's some of the lesser teams that offered Choo more money.

The source said no one team checked all the boxes, and then Shinsegae Group swooped in.

"Choo would have retired if he hadn't been getting calls from MLB teams," the source said. "If he were to play in front of Korean fans, then he wanted to do it well. And he felt he was still good enough to be receiving offers from MLB teams, and he felt comfortable with coming to Korea."

The KBO organized that one-time draft for overseas-based players in 2007 to provide landing spots for former prospects who'd signed with MLB clubs but didn't quite pan out, or who simply wanted to come home to continue their professional careers. The KBO also felt having players with major league or minor league experience here would drive up fan interest.

That draft was open to players who'd agreed to their first professional contracts outside South Korea after 1999 and had been playing overseas for at least five years. Choo is the last among seven players selected in that draft to sign with a KBO club.

Others who moved back to the KBO through that draft include former Chicago Cubs first baseman Choi Hee-seop and ex-Arizona Diamondbacks closer Kim Byung-hyun.

Under draft rules, the Wyverns couldn't trade their rights to Choo to another club. Now that they've signed Choo, they aren't allowed to trade him for at least one season.

The Wyverns are based in the west coast city of Incheon, while Choo, who is from the southeastern city of Busan, has talked about his desire to one day play for his hometown KBO team, Lotte Giants.

Choo is a nephew of former All-Star second baseman for the Giants, Park Jung-tae.

The Wyverns' general manager, Ryu Sun-kyu, insisted Tuesday that his team will not deal Choo to the Giants.

"While we were finalizing our deal with him, we made it clear that we will not trade him," Ryu said. "We felt it wouldn't help Choo himself and the rest of the team if we started talking about shipping him out after just one season."

Ryu said the Wyverns settled on 2.7 billion won as Choo's salary after projecting Choo's numbers in the KBO based on his performances in his final two big league seasons.

In 2019, Choo was worth 1.5 wins above replacement (WAR) in Baseball Reference's calculation, and 1.7 WAR based on FanGraphs' formula.