SEOUL, Feb. 23 (Yonhap) -- First Vice Foreign Minister Choi Jong-kun urged North Korea on Tuesday to return to denuclearization talks, saying that the peace process on the Korean Peninsula is the path that must be taken, the foreign ministry said.

Choi made the remark in a speech he delivered virtually for the high-level segment of the U.N. Conference on Disarmament in Geneva, as he explained Seoul's ongoing efforts to engage with Pyongyang toward the goal of building a nuclear-free peninsula and lasting peace in the region.

"We have chosen this route not because we want to, but because we have to. Building upon the hard-won momentum thus far, we will continue to work with our friends and partners to achieve our shared goal of complete denuclearization through peaceful means," Choi said, according to the ministry.

"In the same vein, we ask the DPRK to respond to our call for the resumption of dialogue," he said, referring North Korea by its official name, the Democratic People's Republic of Korea.

"In the course, we count on the unwavering support of the international community," he added.

Denuclearization talks between North Korea and the United States remain stalled after the second summit, in Hanoi in early 2019, by the North's leader Kim Jong-un and then-U.S. President Donald Trump ended without a deal.

Seoul has been seeking to create fresh opportunities to revive the talks with the U.S. under the new administration of President Joe Biden.

In Tuesday's conference, Choi cited the inter-Korean military agreement signed in September 2018 as part of Seoul's efforts toward arms control, which calls for a series of tension-reducing measures, including turning the heavily-fortified Demilitarized Zone (DMZ) separating the two Koreas into a stable buffer zone.

On the issue of arms control, Choi reaffirmed Korea's commitment to global disarmament efforts in accordance with the Non-Proliferation Treaty (NPT) and asked relevant countries to engage in "genuine dialogue" to move forward in establishing a world free of nuclear weapons, according to the ministry. 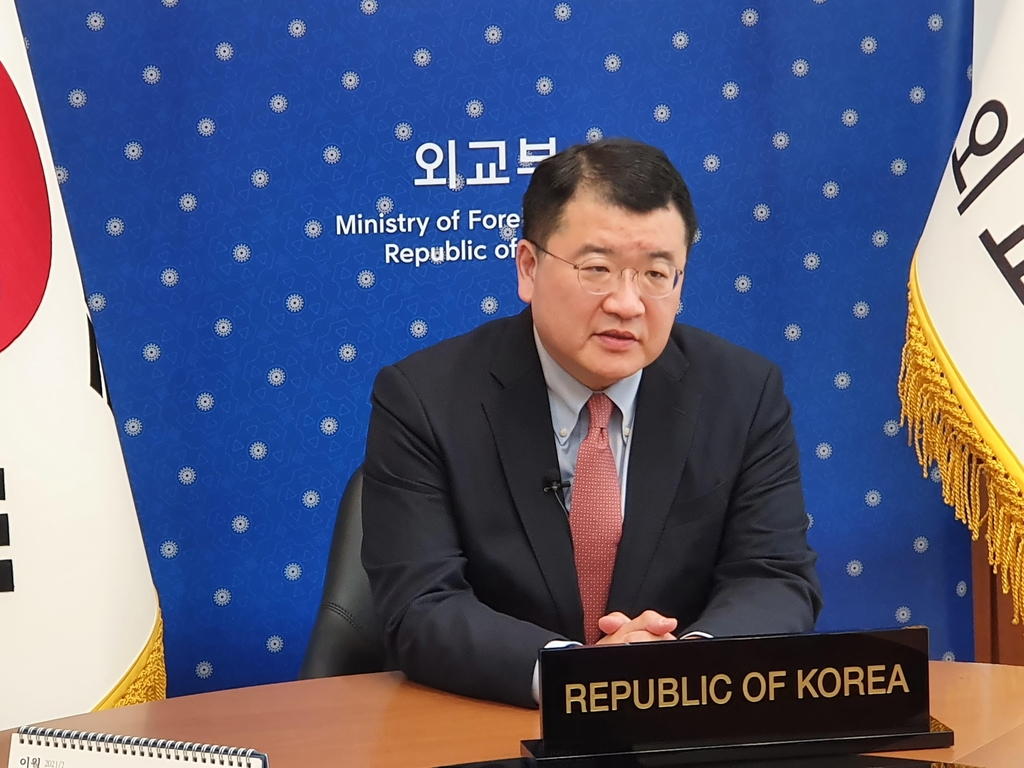