C2 Global, the agency for Ki, said the midfielder for the K League 1 club FC Seoul has "no connection whatsoever" to the case described by the alleged victims. The agency also said Ki will take any necessary legal action in response to damage incurred by false accusations.

Earlier Wednesday, Park Ji-hun, attorney for the Seoul-based firm Hyun Law, put out a press release detailing allegations raised by two clients. Both of them are one year younger than the accused player, who, according to Park, is "a star player who recently joined a club in the greater Seoul area."

That description, along with the fact that the involved players attended elementary school in South Jeolla Province and two alleged perpetrators were in sixth grade in 2000, seemed to connect Ki to the case. Ki, 32, rejoined FC Seoul last July after spending more than a decade playing overseas.

According to Park, the unnamed star player and his teammate forced the two alleged victims to perform sexual acts on them between January and June in 2000.

And when the alleged victims didn't oblige, the two older players "mercilessly beat them up," Park claimed.

The school's football players were all required to live in the team dormitory and were only allowed to go home on weekends, Park said. 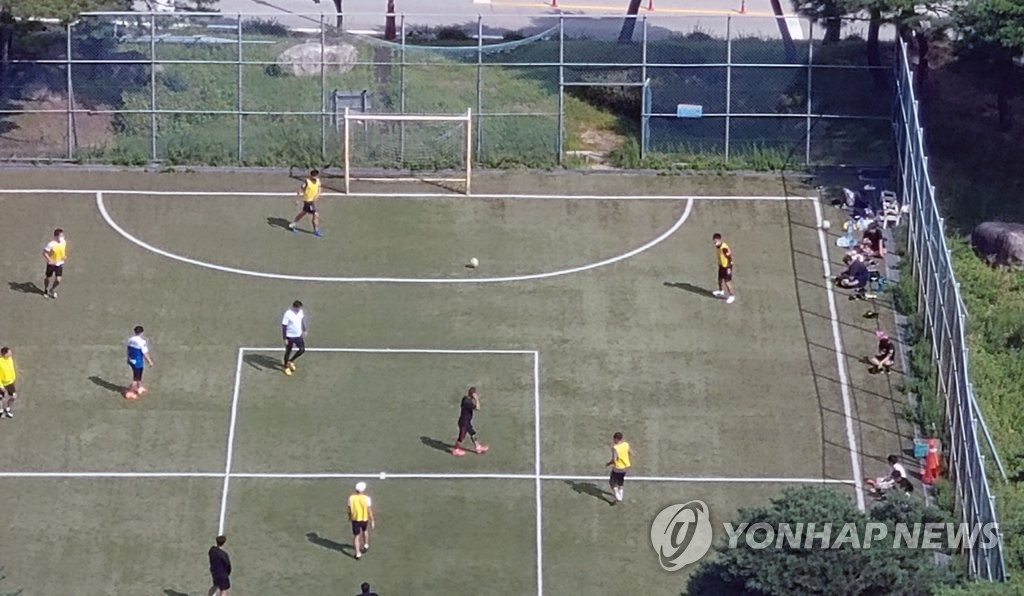 "The two younger players fell prey to these perpetrators because they were small and they were introverted," the lawyer said. "Some 20 years after that, they still have vivid recollections of what happened then, and they're still traumatized by those memories."

According to the lawyer, the second alleged perpetrator had a short professional career and is currently teaching at a Gwangju-area university as an adjunct professor. One of the alleged victims played eight professional seasons before retiring a few years ago, and the other is working as an agent, Park added.

"First and foremost, the victims want a sincere apology," Park said, "The hurt inflicted on them has had a serious impact on their lives."

Park acknowledged that it'll be difficult to resolve the case through a criminal suit, because the two alleged perpetrators were minors when the alleged incidents happened and the statute of limitations has expired.

But the lawyer said he still decided to make these allegations public because his two clients made very specific claims, to a point that they're able to recall exact dates that they were asked to perform sexual acts.

These charges have emerged amid a flood of bullying allegations against professional volleyball and baseball players in the country. Earlier this month, four volleyball players, including popular twin sisters, Lee Jae-yeong and Lee Da-yeong, were suspended indefinitely by their V-League clubs after admitting to charges that they'd bullied teammates in middle school and high school. One other volleyball player, Park Sang-ha, abruptly retired Monday when faced with bullying charges.