It is the second COVID-19 case among JCS members so far, after a civilian employee was confirmed to have been infected last week.

He undertook a virus test to exit quarantine, as he has been in isolation since Feb. 10 at his residence in Seoul after one of his family members tested positive earlier, according to the ministry.

"We are taking necessary measures, though he last visited the JCS building earlier this month and no JCS members have come into contact with him over the past two weeks," a ministry official said.

The JCS is headquartered in the defense ministry compound in Yongsan, central Seoul.

A Marine officer stationed in the southeastern city of Pohang also tested positive for the new coronavirus, according to the ministry.

He undertook a virus test ahead of his planned return to the base from vacation, it added.

The latest cases brought the total number of infections reported among the military population to 570. 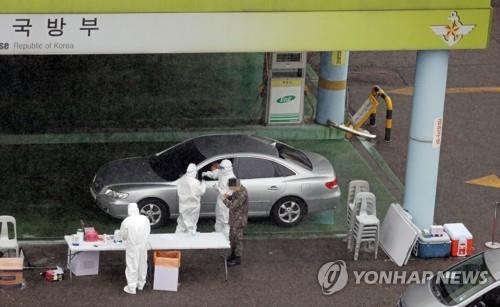